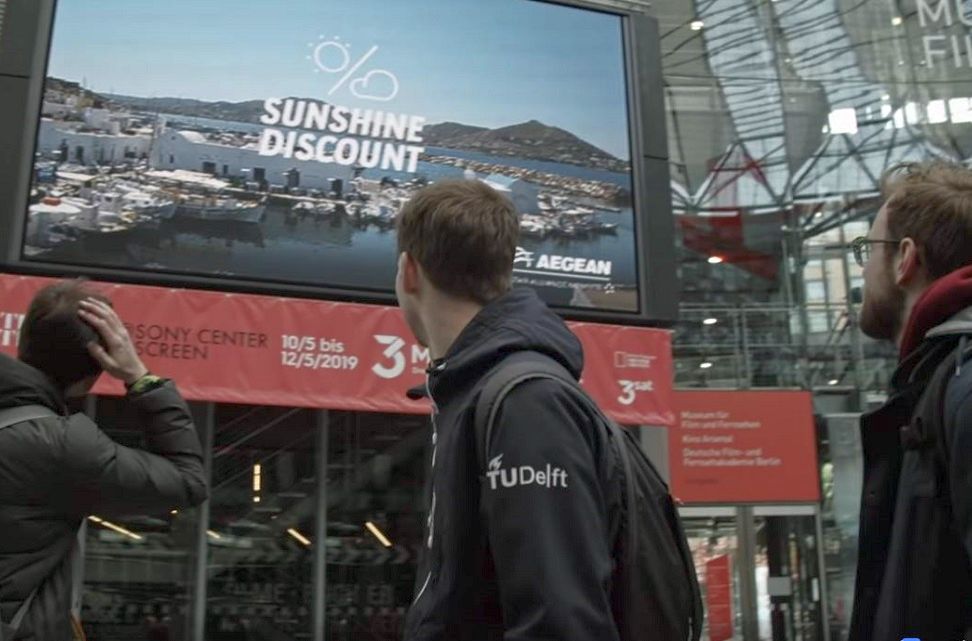 The weather in Berlin was cloudy during May 3-5, but Greek carrier AEGEAN managed to bring Greece’s sunshine to the German city through a special promo campaign.

“AEGEAN dared to bring Greece’s sunshine to the heart of Berlin with its ‘Sunshine Discount’ event,” the airline said in an announcement. 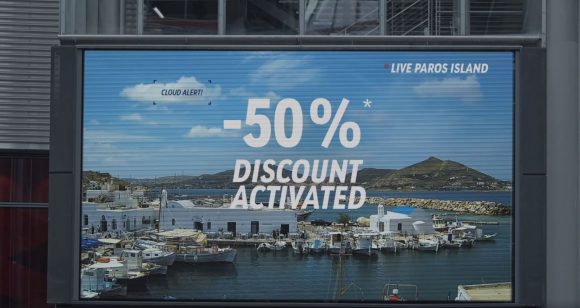 More specifically, AEGEAN placed a large screen at Berlin’s Sony Center, broadcasting live images from Athens and the island of Paros. Each time a cloud appeared in the sky of Athens or Paros, AEGEAN offered viewers a special code for tickets to Greece with a 50 percent discount.

The campaign attracted the interest of German viewers, who kept returning to the Sony Center during the three-day event.

“Many people watched Greece’s sunny skies for hours, waiting for a cloud to appear on screen… Some also managed to learn a few Greek words for their upcoming sunny trip to Greece,” AEGEAN said.