Restoration and support works on the Kasta tomb at the Amphipolis site in northern Greece, are set to be completed by August, the Greek culture ministry said this week, adding that the Serres Ephorate of Antiquities will then proceed with studies for support interventions. 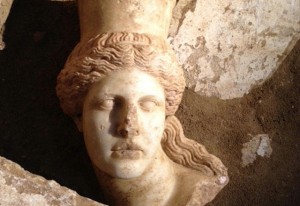 With funding from the EU’s NSRF program, the project is moving ahead as scheduled, said the ministry’s restoration department, adding that works will then proceed with the maintenance of the monument’s mortar and stone segments.

The ministry adds that work carried out on three of the four sites of the monument have already reveled the “architecture, size, scale, sculptures and  inscriptions of the brilliant ancient construction”.

The culture ministry has repeatedly expressed its intention to open parts of the site to the public. 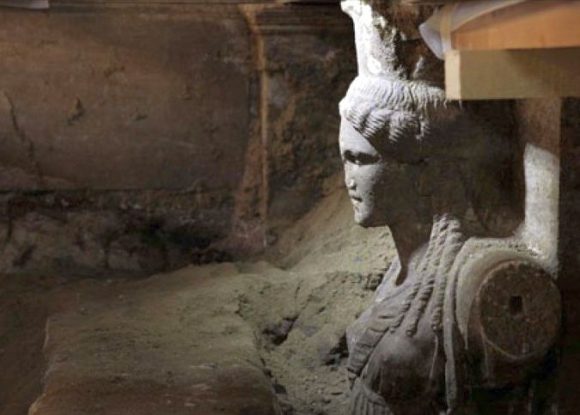 In this direction, last year it announced the construction of a network of walking routes offering visitors a chance to tour the excavated monuments in the central area of the archaeological site which includes the Christian Acropolis and two separate sub-sections of the city.

The site, which is where Alexander the Great prepared for campaigns leading to his invasion of Asia, revealed in 2014 a Macedonian tomb with archaeologists still seeking to find the identity of the person buried there. Many were hoping it was the grave of Alexander the Great.