Fourteen Fraport-run airports across Greece are slated to be completed in 2021, according to German daily Die Welt citing the company’s CEO Alexander Zinell.

“In two summers, all of the 14 regional airports in Greece will be ready… New check-in areas, new restaurants, new retail outlets, new terminals”, Zinell told Die Welt, referring to the 400-million-euro investment project, which aims to improve the travel experience and contribute to the extension of the tourism season for each destination. 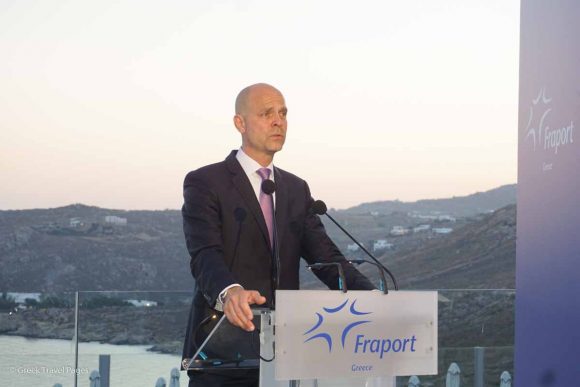 Zinell confirmed that upgrade and extension works at the airports of Samos, Lesvos, Rhodes, Skiathos, Aktio and Kefalonia are set to be completed this year.

Revamp works on the 14 airports run by Fraport Greece will be completed by 2021 with the delivery of the Kos, Santorini, Mykonos, Corfu and Thessaloniki airports.

Fraport Greece paid an advance of 1.2 billion euros and an annual concession fee of 22.9 million euros, including a yearly variable rental fee of 28.5 percent of operating profits.

Since 2016, according to Zinell, passenger traffic through the 14 airports has increased by 20 percent with the goal of handling more than 35 million once the works are completed. Last year, 30 million passengers went through the airports.

Zinell went on to note that “Fraport Greece is 99.5 percent Greek” with only four foreign employees: two Germans, one American and one Austrian. More than 700 people are now employed at the 14 airports, with 200 working in Athens and 500 regionally. 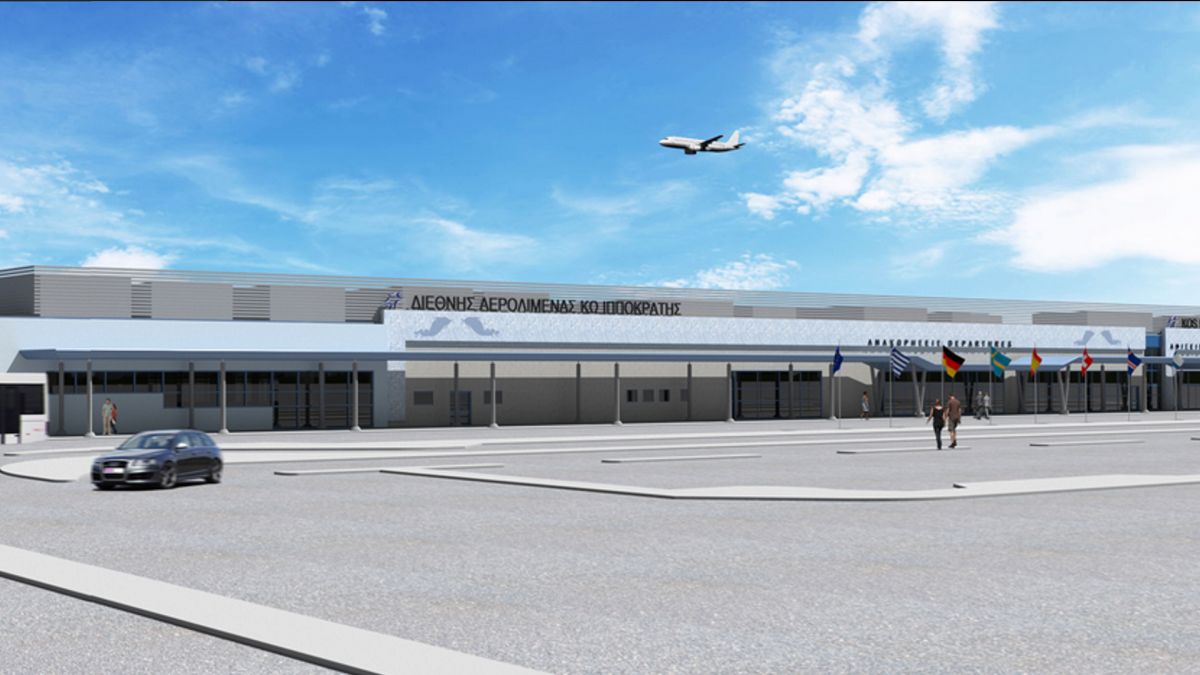 An impression of the Kos airport after works are completed.

Referring to a number of stereotypes concerning Greek reality, Zinell told Die Welt that Greece’s notorious bureaucracy “was even tougher than expected… This was the main reason Fraport stepped in as manager in April 2017 instead of November 2016.

Over the last 48 months, Fraport has invested millions of euros in the airports… initially planned at 330 million euros, it has so far invested 415 million euros”.