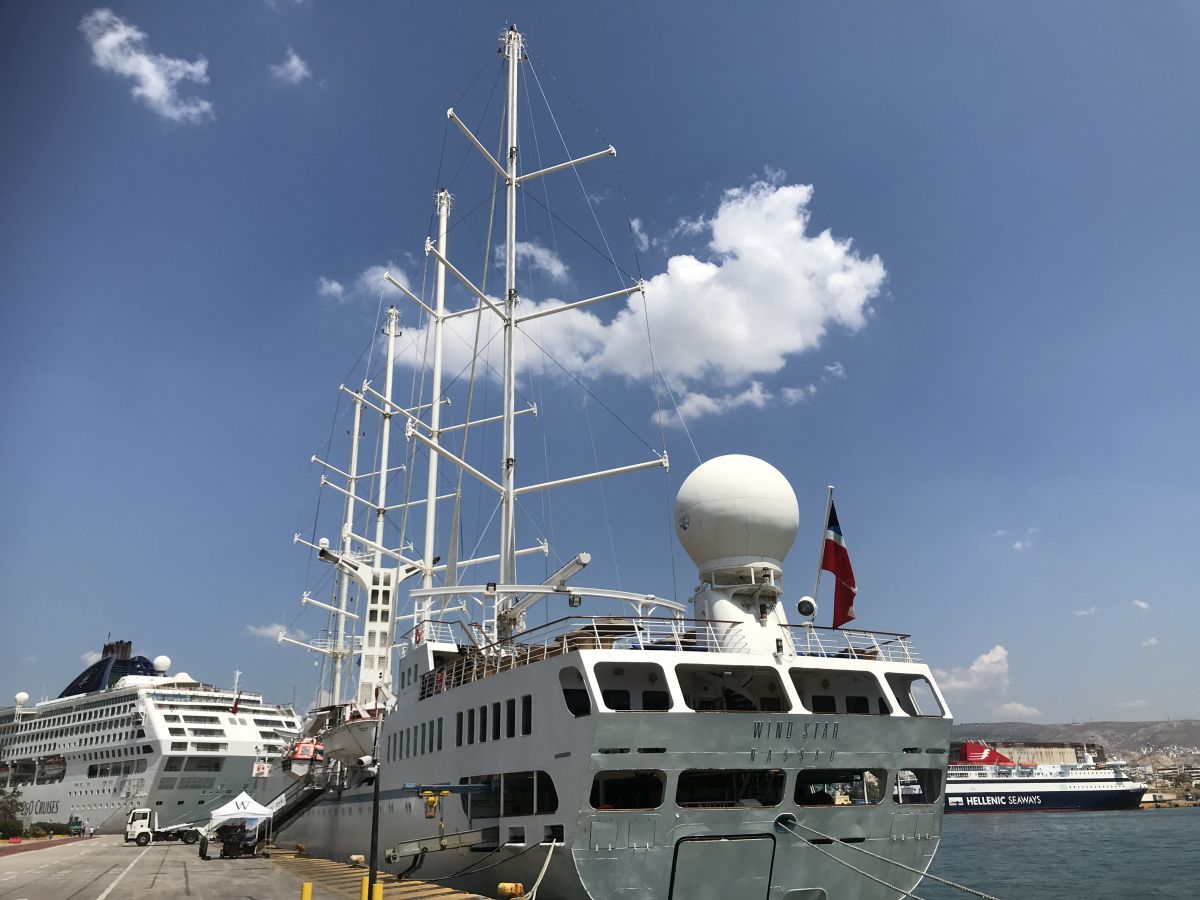 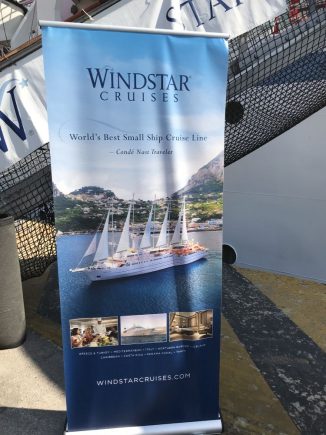 The Wind Star vessel of Windstar Cruises recently made her call in Piraeus as part of her 7-day journey around Greece.

A sleek, 4-masted sailing ship accommodating 148 guests, the Wind Star has four decks and a gross tonnage of 5,307.

During the ship’s stay in Piraeus, Windstar Cruises’ representative in Greece, Discover the World, held a tour for travel agents and introduced the ship’s facilities, including the Windspa, watersports platform, lounge, library, pool, casino and two dining venues.

The Bahama-flagged ship stopped at Piraeus on June 22 after visiting Monemvasia. After Piraeus, the ship continued its journey with stops at more Greek destinations including Mykonos, Patmos, Santorini and Nafplio. 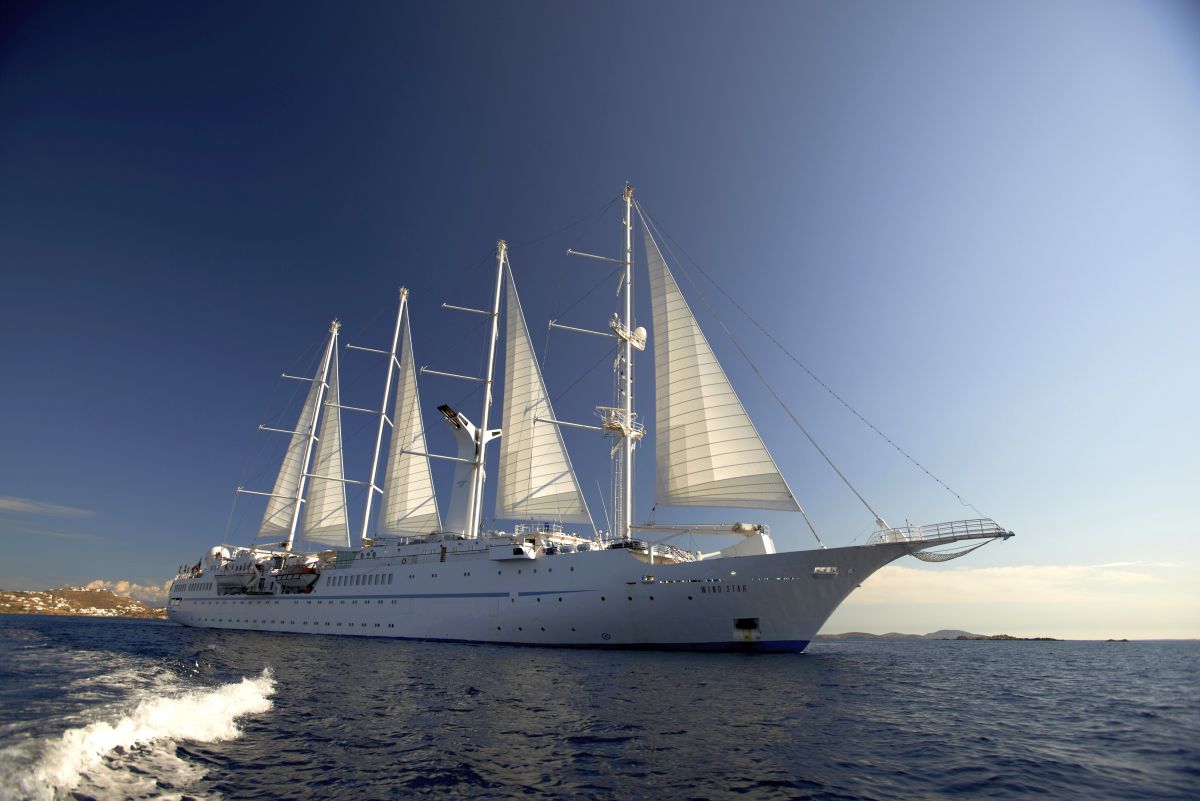 The Wind Star vessel is one of the six small sailing and all-suite ships of Windstar Cruises that visited approximately 270 ports in 2018 sailing throughout Europe, the Caribbean, Costa Rica and the Panama Canal, Asia, Alaska, Canada and New England, and cruising year-round in Tahiti.

Windstar’s fleet is the market leader in small ship cruising with a total of 1,242 passenger berths calling on off-the-beaten-path and popular ports in over 60 countries. 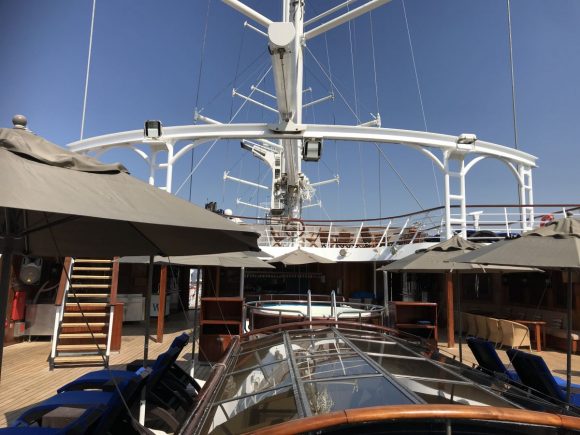 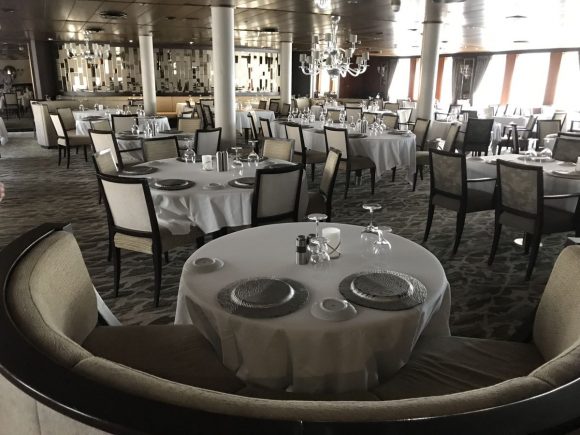 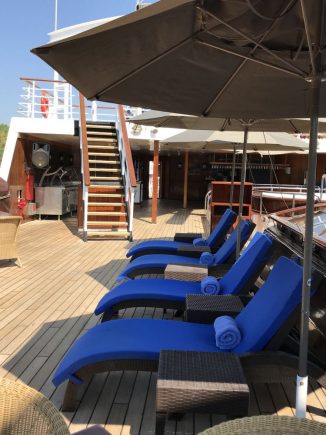 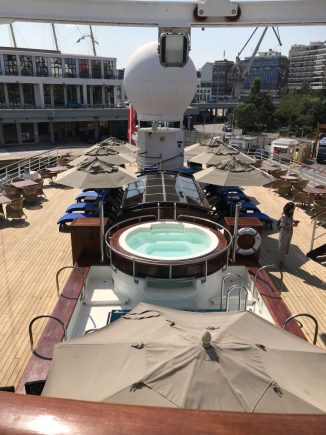 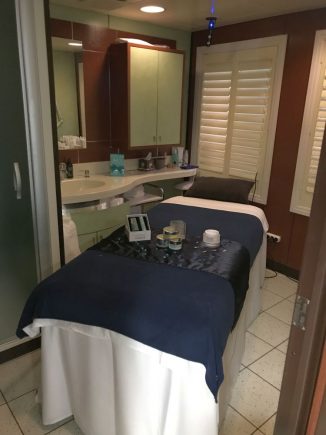 The cruise line has been recognized with top honors from some of the most respected leaders in our industry, including Travel + Leisure (World’s Best – 2018 #1 for Midsize-ship Ocean Cruise Lines) and Conde Nast Traveler (Reader’s Choice Awards – 2018 Gold List).

Windstar Cruises is a part of Xanterra Travel Collection, known for “Legendary Hospitality with a Softer Footprint.”