Greece’s Hotel Occupancy Down in Q1 2019 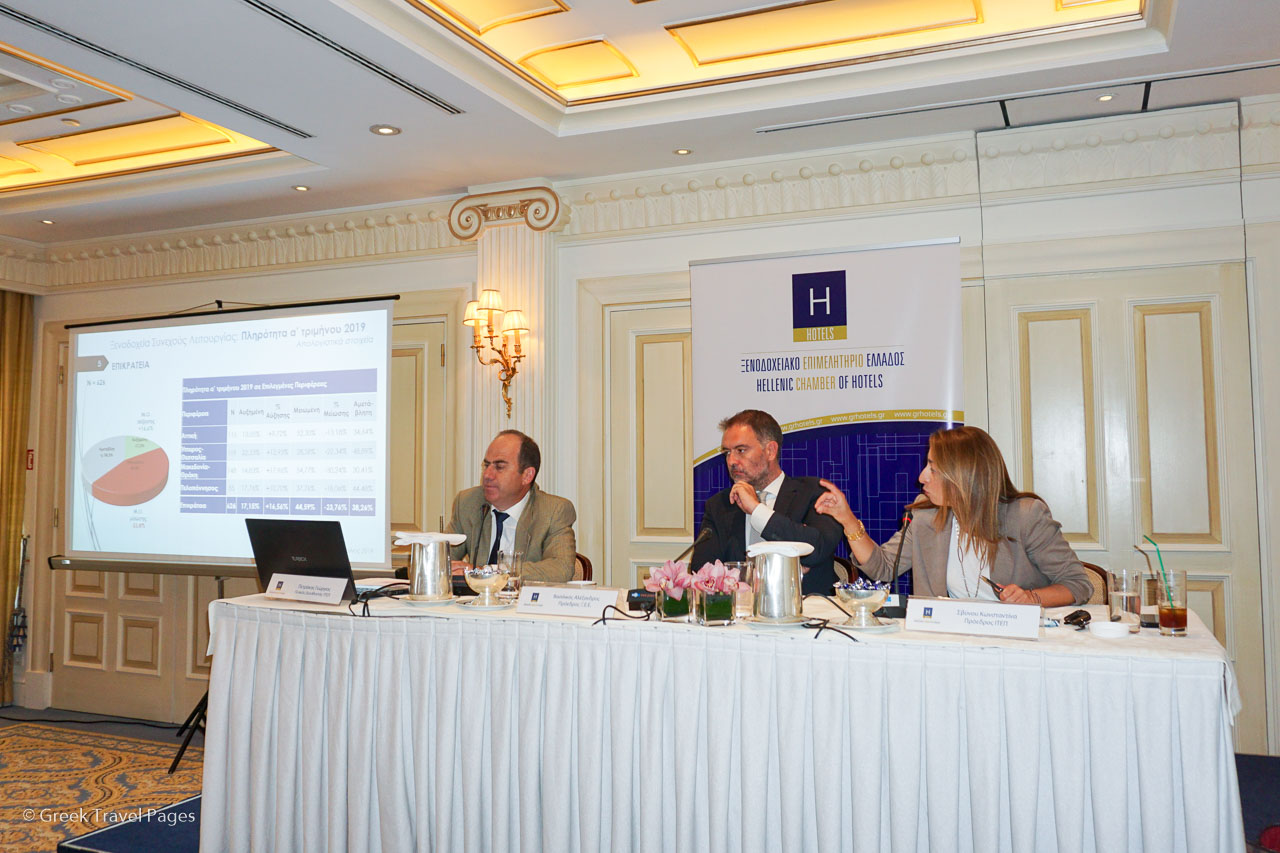 The Hellenic Chamber of Hotels on Thursday reported lower first-quarter occupancy rates and early bookings for Greek hotels for the 2019 summer season.

Presenting data from a report by the Institute for Tourism Research and Forecasts (ITEP), which focused on the performance of Greek hotels during the first three months of the year and also included forecasts for the 2019 tourism season, the chamber’s president Alexandros Vassilikos expressed his concern for the sector.

“The findings of the report simply confirm the concerns we have been expressing for some time,” Vassilikos told Greek journalists.

The report’s findings are based on a questionnaire answered by 1,956 Greek hotels (members of the chamber) from all over Greece, out of a total of 9,873, during the April 17 – May 17 period. 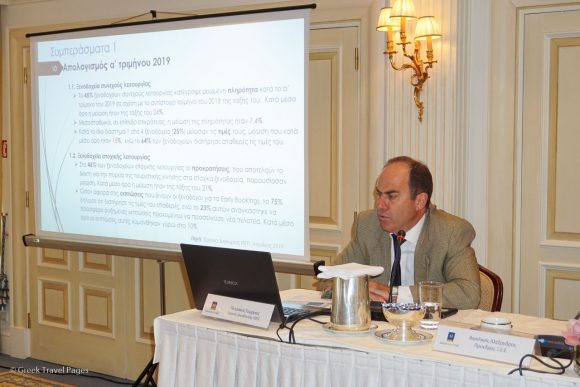 According to the data, 45 percent of Greek hotels that are open all year round, reported reduced occupancy in the first quarter, compared to the same period in 2018. On average, the decrease was 24 percent. Meanwhile, one in four hotels (25 percent) had to cut their prices around 15 percent. Sixty-four percent of Greek hotels maintained their prices.

In regards to seasonal hotels in Greece, 46 percent recorded a decrease in early bookings, which averaged at 21 percent. Twenty-three percent of hoteliers from seasonal hotels said they were obliged to slash their early booking discounts to attract new clientele, while the remaining 75 percent maintained their fixed rates. 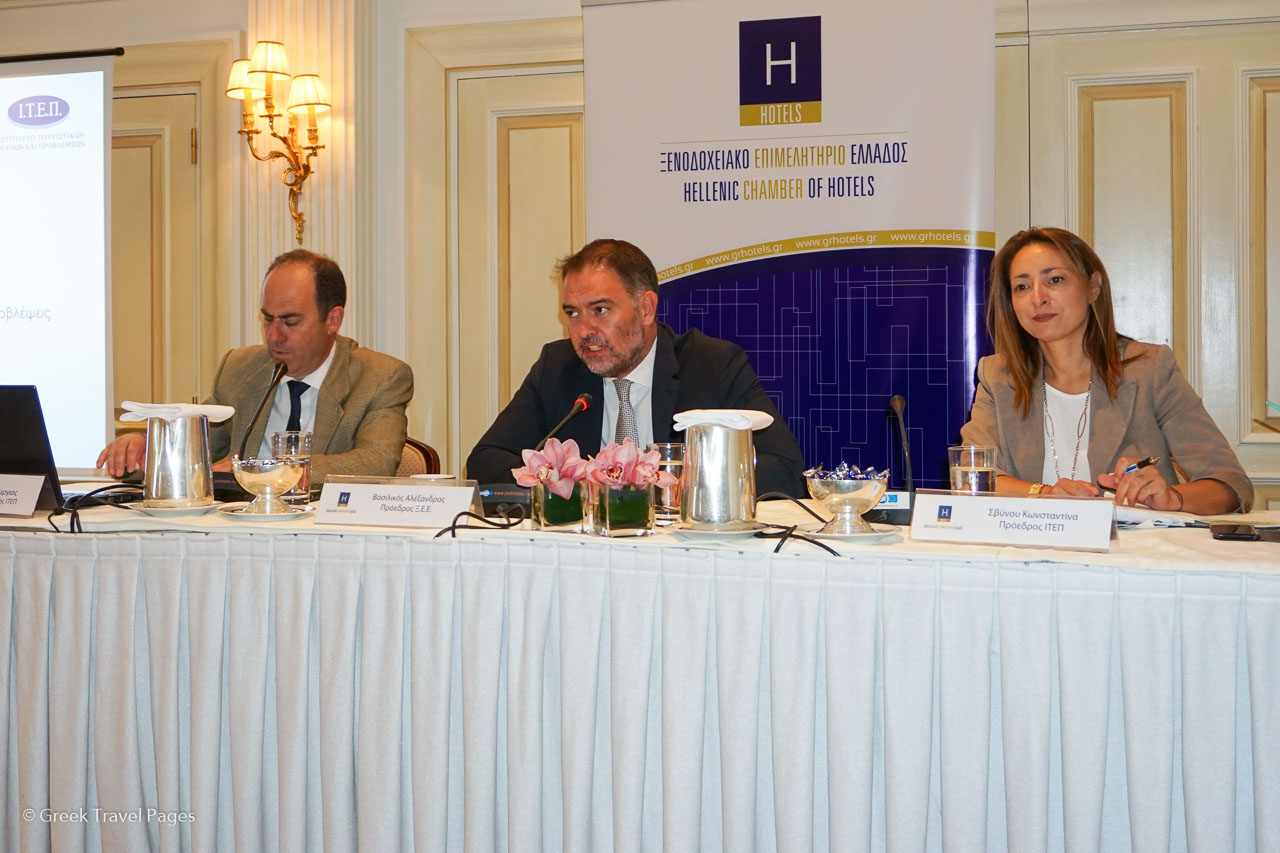 Regarding this year’s tourism season, 31 percent of Greek hoteliers from hotels open all year round said they estimate that occupancy in 2019 will be lower than in 2018. The average decline is expected to be around 20 percent.

Also, 21 percent of hoteliers expect to have to lower their prices. On average, the price slash is estimated at 13 percent. Sixty-five percent of the hoteliers interviewed said they would keep their prices steady in 2019.

According to the report, seasonal hotels seem to be facing more pressure than units open all year round, as 43 percent expect occupancy during the 2019 season to drop (on average the decline is expected to be around 16 percent).

Sixteen percent of hoteliers of seasonal hotels expect to have to lower their prices, compared to the corresponding 2018 season.

The report also showed a regional disparity in hotel performance and underlined that hotels of lower category need to be supported more as they are receiving the greatest pressure on price and occupancy indices nationwide. 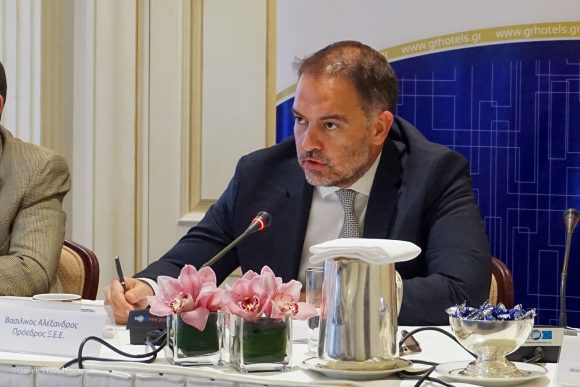 “The major challenges and threats to hotels, which are the backbone of Greek tourism, are highlighted through a series of indicators,” the chamber’s president said, underlining that the next Greek government to be voted soon should seriously take the information under consideration.

“In our institutional role, we have proposals that will allow the Greek hotel sector to continue to make a big contribution to the economy and society,” Vassilikos said.

He also touched on the issue of high taxation and said that after continuous tax rises for the past nine years, the Greek hotel sector today is facing major difficulties.