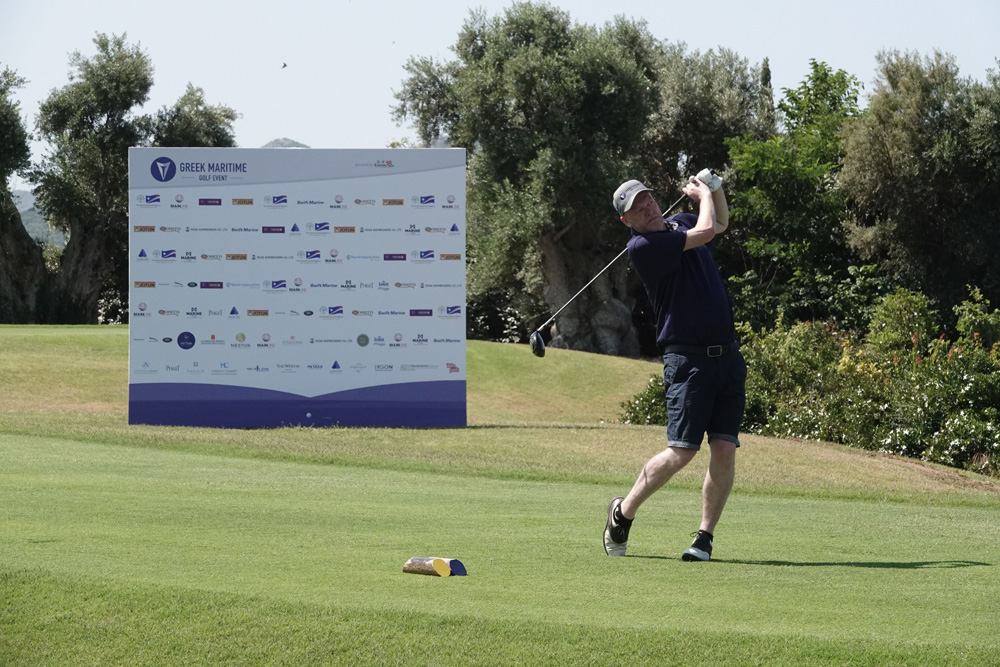 The 5th Greek Maritime Golf Event, the golf tournament of the shipping community held during June 8-9 at Costa Navarino in the Peloponnese, was deemed a success, presenting two golf games, parallel events and many surprises for the Greek and global shipping industry.

“Greek Maritime Golf Event” teams, consisted of distinguished executives of the Greek shipping community (four people in each team), enjoyed the game and the summer conditions at the two signature 18-hole courses The Dunes Course and The Bay Course among century-old olive trees overlooking the Ionian Sea and the historic bay of Navarino. 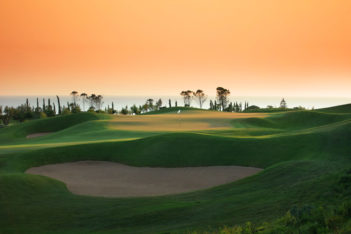 The Dunes Course at Costa Navarino.

Golf action began on Saturday, June 8, in the morning, with participants competing on both team and individual levels in a shotgun scramble at The Dunes Course.

For those not taking part in the golf tournament, the event had enriched its program with parallel activities. Specifically, non-golfers had the opportunity to attend the golf clinic and take part in the putting competition at The Dunes Course.

Respectively, lovers of nature and history joined the guided tour at the beautiful Venetian fortress of Niokastro in Pylos.

The day concluded with a cocktail, the gala dinner and award ceremony hosted by basketball legend Joe Arlauckas. 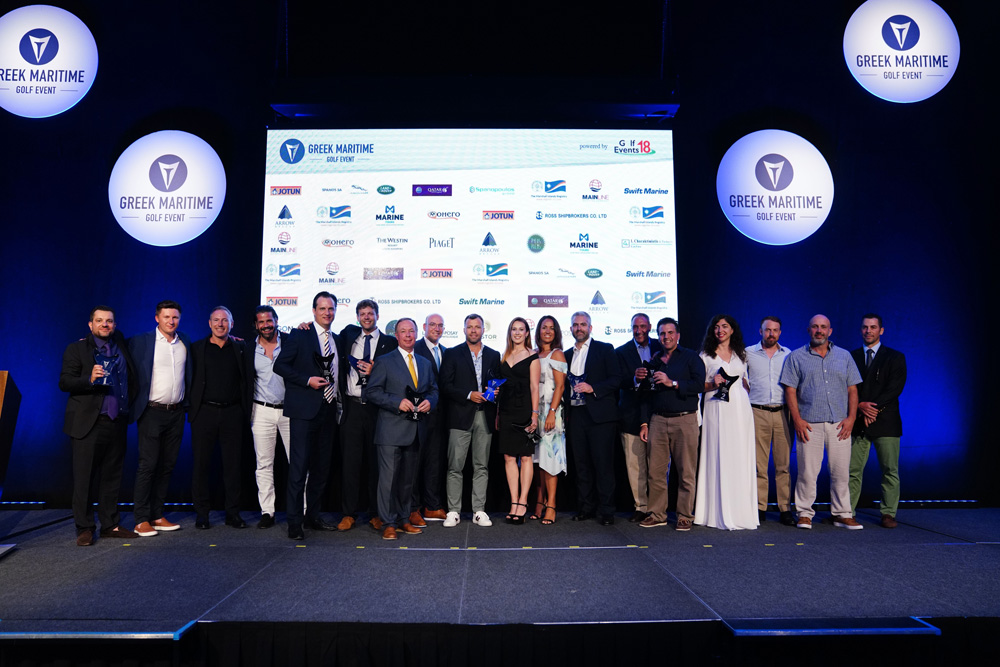 The shipping community “embraced” the event’s good cause and actively supported the union “Mazi gia to Paidi” (“Together for Children”) in two ways: a) During the shotgun scramble that was held, players participating in the tournament offered the amount they wish by buying up extra efforts at the 10 hole of The Dunes Course. b) At the award ceremony participants had the opportunity to contribute directly the amount they wished.

The total amount collected by the event and donated to the union of non-profit NGOs “Mazi gia to Paidi” reached 6,325 euros. 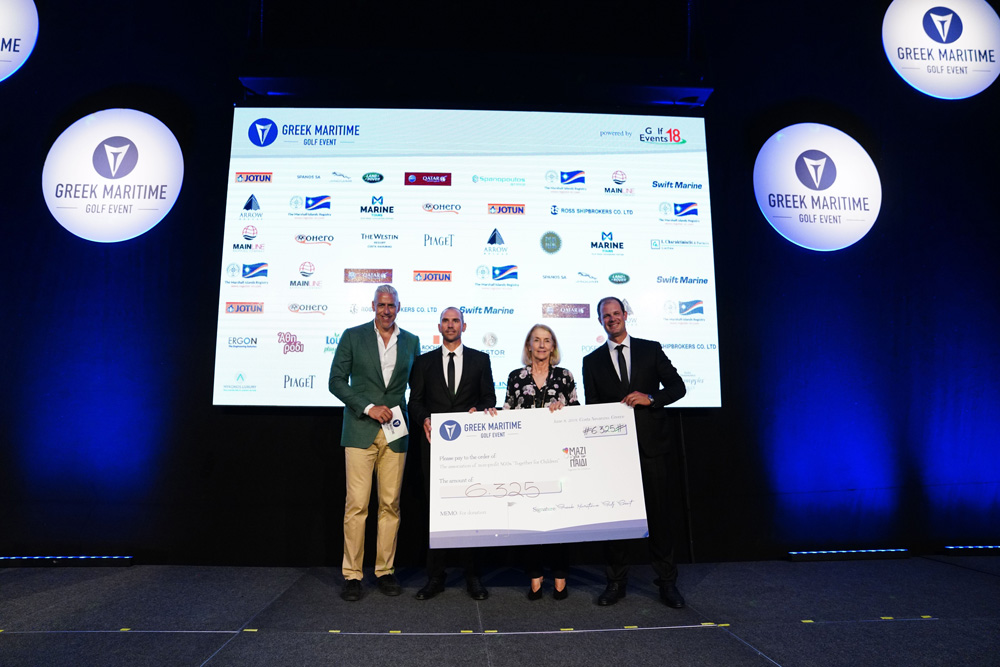 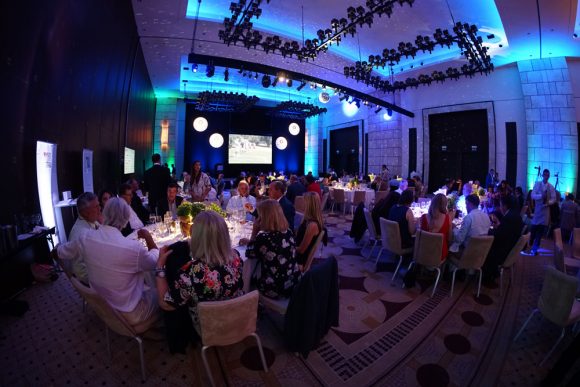 In the other categories, Mr. Martinos won “Closest to the Pin” award, Mr. Coustas claimed the “Longest Drive” and Ms. Jones the “Putting Competition Winner”, while during the award ceremony the event had many lottery winners.

Thanos Karantzias: “We are really proud seeing Greek Maritime Golf Event growing every year. Congratulations to the winning teams and the individuals for their outstanding performance. We wish to thank all distinguished members of the Maritime Community for their participation and presence at this year’s event”.

Panagiotis Karantzias: “In my turn, I would like to congratulate all the winners. Particularly, we would like to thank all the sponsors who supported the event, as we owe them much of this success. We hope to see you all back in the 6th Greek Maritime Golf Event”. 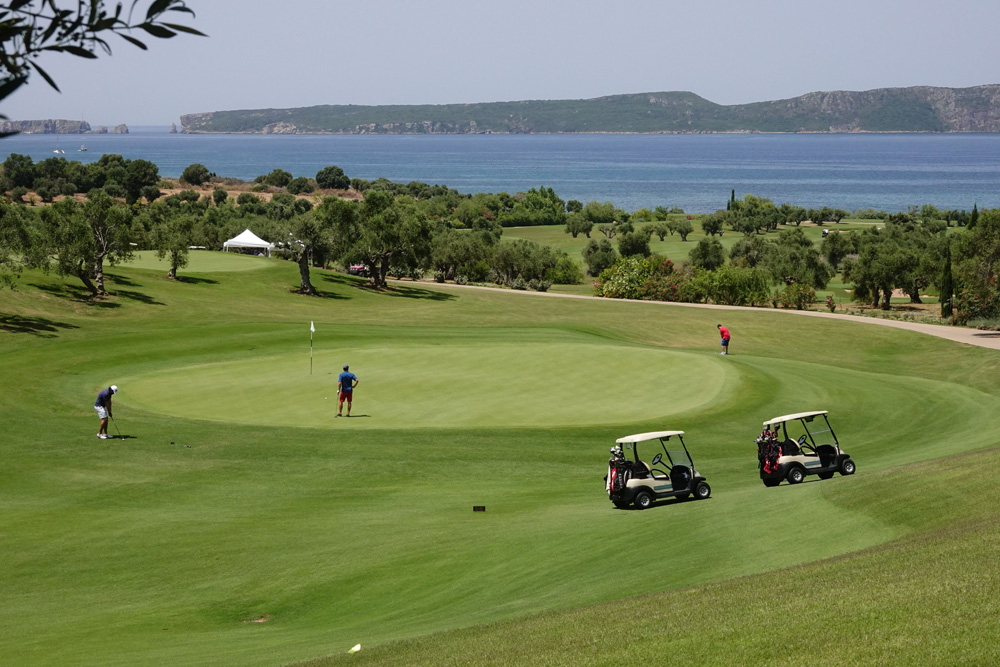 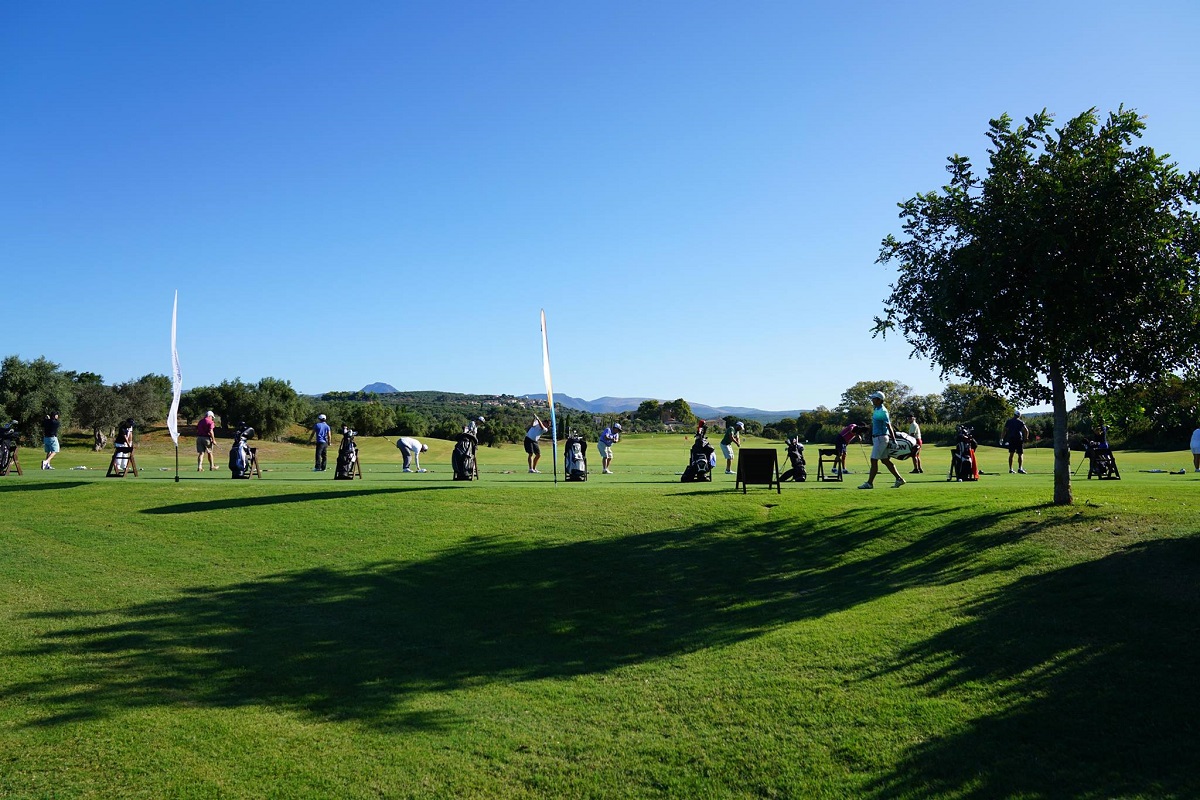 The 5th Greek Maritime Golf Event concluded on Sunday morning, June 9, with the optional participation of golfers in the two (2) ball better ball (3/4 hcp) at The Bay Course.

In the overall team standings, the team of Polemis, Malyan won the 1st place. Second place went to the team of Harvey, Robertson, while the team of Coustas, Vezhlivtsev took third place.

In the other categories, Mr. Smeulders won “Closest to the Pin” award and Mr. Coustas claimed the “Longest Drive”.

The 5th “Greek Maritime Golf Event”, was organized by Golf Events 18 and was exclusively addressed to distinguished executives of the Greek shipping community.