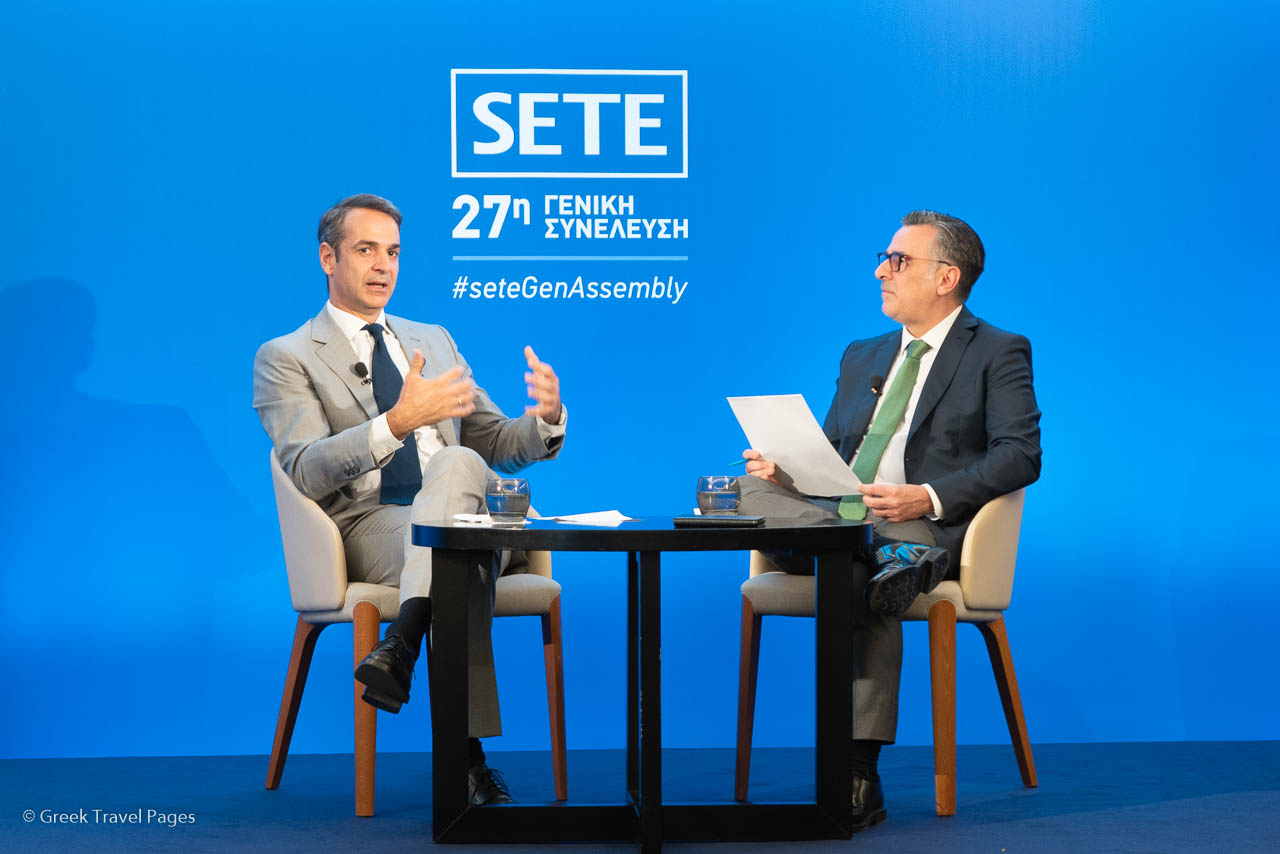 Greek opposition leader Kyriakos Mitsotakis on Thursday said that if elected in the upcoming national elections, New Democracy will cut taxes in the tourism sector, support its workforce and focus on investments to boost the country’s competitiveness.

“I believe that tourism has managed to stay out of political controversy… The great successes of Greek tourism in recent years are not the result of a specific government policy, but come from the ability of the tourism industry to move on its own and cooperate,” he said while addressing the audience of the 27th General Assembly of the Greek Tourism Confederation (SETE).

In a discussion on stage with Greek journalist Yiorgos Kouvaras, the opposition leader agreed that tax cuts in the tourism sector were vital.

“Reducing the tax rates in the Greek economy will improve tax compliance,” he said.

According to Mitsotakis, the government’s goal is to have two VAT (value-added tax) rates of 22 percent and 11 percent. The total tourism package would be charged the low 11 percent rate in order to for Greece to become more competitive as a tourism destination.

“This is not something that will happen overnight, but gradually in four years time,” he clarified.

Mitsotakis also added that the government plans to proceed with a cut in the business tax from 28 percent to 20 percent and a 5 percent tax cut in dividends (from 10 percent it is today).

At this point, the opposition leader announced that his government also plans to increase the building factor (additional floor space) as an incentive to hoteliers if they demonstrate higher energy efficiency.

“We want to find ways to work with the tourism industry to encourage investment without compromising sustainable development,” Mitsotakis added, underlining the importance of protecting the environment. “Tourists demand that the environment (of the country they visit) is protected,” he stressed.

When referring to employment in Greek tourism, the first thing Mitsotakis did was applaud the sector for achieving “peace in the workplace” following a successful dialogue between employers and employees that led to the signing of a collective labor contract, one which workers are satisfied with. 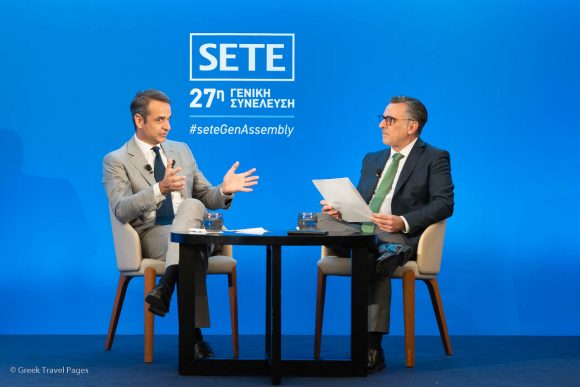 “The collective labor contract in tourism is an example to follow… We will not intervene in such contracts for the benefit of the workers.. I welcome these initiatives that give employees in tourism more benefits, as they become part of the success of Greek tourism and I will encourage such initiatives in the future,” he said, adding however that his government will not tolerate uninsured labor.

Mitsotakis then underlined the importance of coupling tourism with technology and culture. “This is what the expansion of the tourism season is linked to. Because if tourists come to Greece in the winter, they will come to enjoy new experiences,” he said.

He also added that – once in power – he foresees a very good cooperation with the country’s new regional governors on issues concerning tourism infrastructure, the tourism identity of each region and the development of tourism in general.

Moreover, he criticized the government for the not yet launching a tender for a license for the casino planned for Helliniko and for stalling the multi-billion investment in the same area, claiming that the project is on hold only because two ministerial regulatory decisions have yet to be signed. Helliniko is Athens’ former airport complex.

Towards the end of his discussion, Mitsotakis gave a message to the Greek tourism sector. “Our vision for the future of Greek tourism largely coincides with yours,” he told the audience of professionals.

“I want to give the tourism industry the space and opportunity to do its job, which is something it already does with great success,” he added.