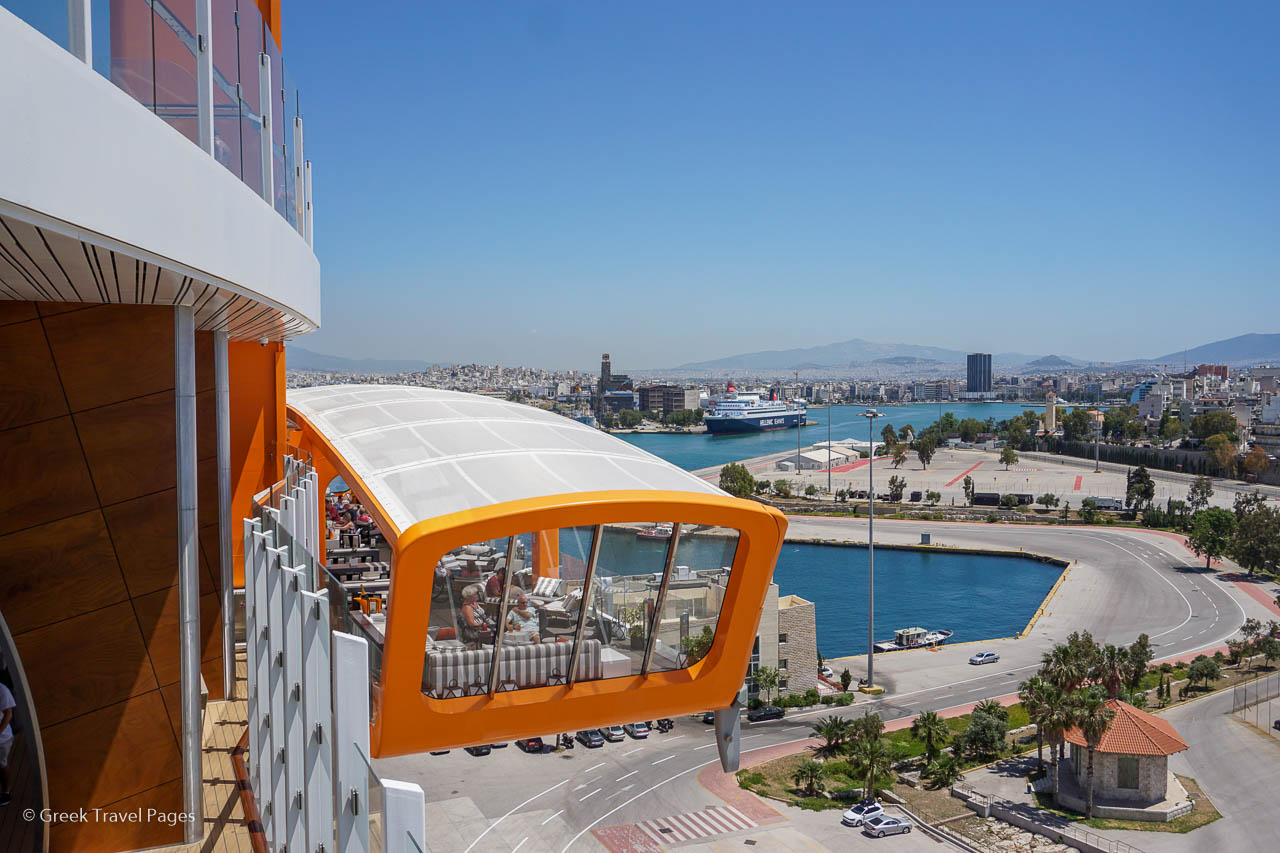 The Celebrity Edge’ industry-first Magic Carpet venue – that moves up and down 16 decks to reach sea-level – overlooking Piraeus Port in Greece.

The game-changing Celebrity Edge, the new state-of-the-art ship of Celebrity Cruises, recently visited Piraeus, its second port of call in Greece, as part of its first-ever cruise to the Mediterranean. The ship arrived in Piraeus with over 2,500 people and at least 1,300 crew members.

“The Celebrity Edge is one of the most postmodern and newest ships that were developed last year in France and this is its first time arriving in Greece, said Andreas Stylianopoulos, CEO of Navigator Travel & Tourist Services, the general sales agent of Celebrity Cruises in Greece.

While the Celebrity Edge was docked in Piraeus, Stylianopoulos gave the grand tour to a group of journalists and travel agents and presented the ships cutting-edge offerings and industry firsts. 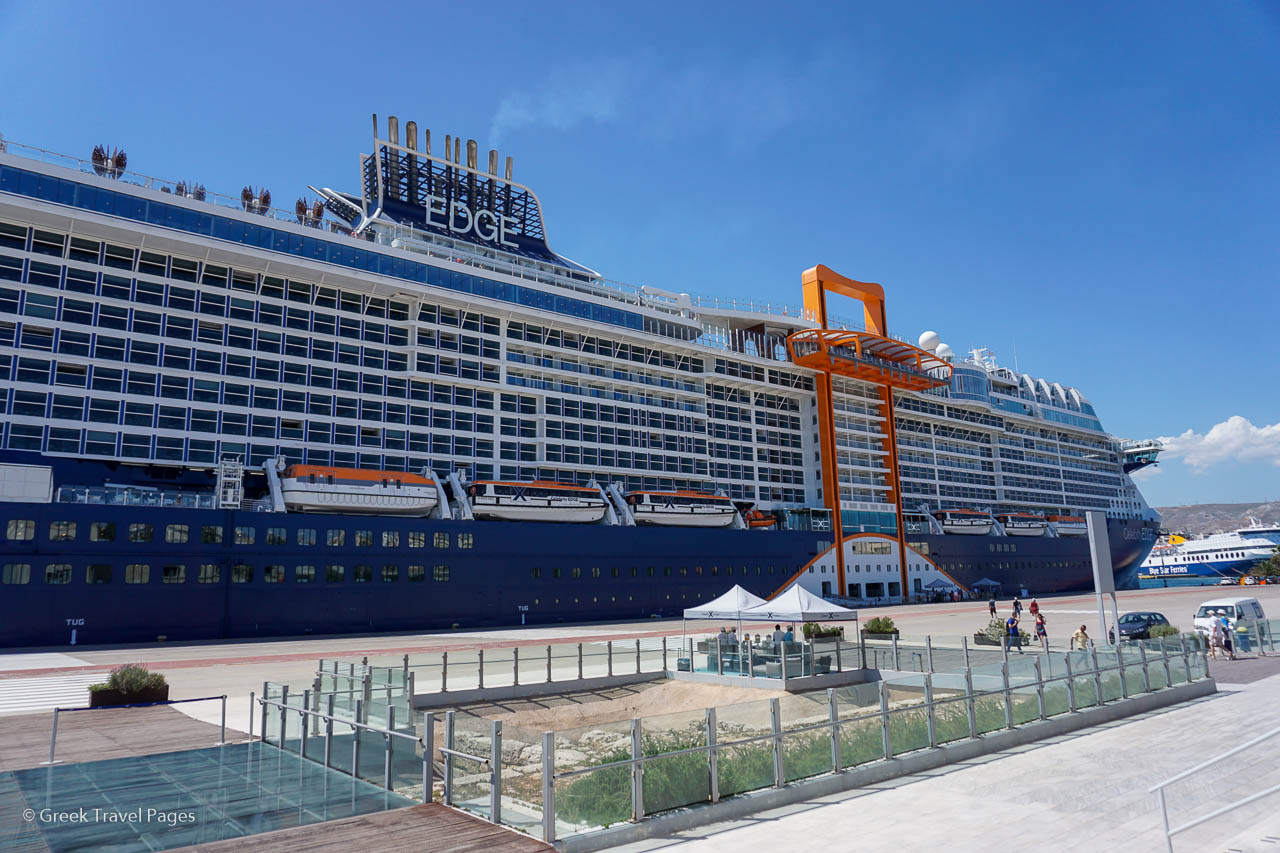 Designed to “shatter expectations”, the Celebrity Edge is comprised of luxuriously designed rooms, a cantilevered Magic Carpet soaring above the sea, and a collection of 29 world-class restaurants, bars, and lounges. The Celebrity Edge also has a special Greek element to it, as its captain and first engineer are Greeks.

“This ship truly offers different, one of a kind services and experiences to travelers,” Stylianopoulos said, adding that his main aim is to introduce the concept of “cruising” to Greek travelers. 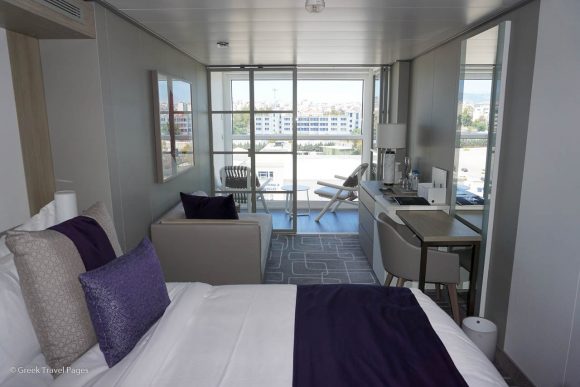 According to Stylianopoulos, although Greeks are slowly considering cruises as a travel option, they remain quite skeptical as the mentality that cruises are aimed at high-end travelers, mainly pensioners, still exists.

“We need to help Greeks understand the benefits of a cruise trip and the different experiences they can live on board… They must know that safety is guaranteed as well as top notch services and food…” he said.

“The product has really changed… This year we are expecting a small increase between 6 and 7 percent in cruise stopovers in Greece, but the aim is for the world to learn about cruising, for partnerships to form, infrastructure projects to take off and for Piraeus to once again become the hub it used to be in the ’90s”, Stylianopoulos underlined. 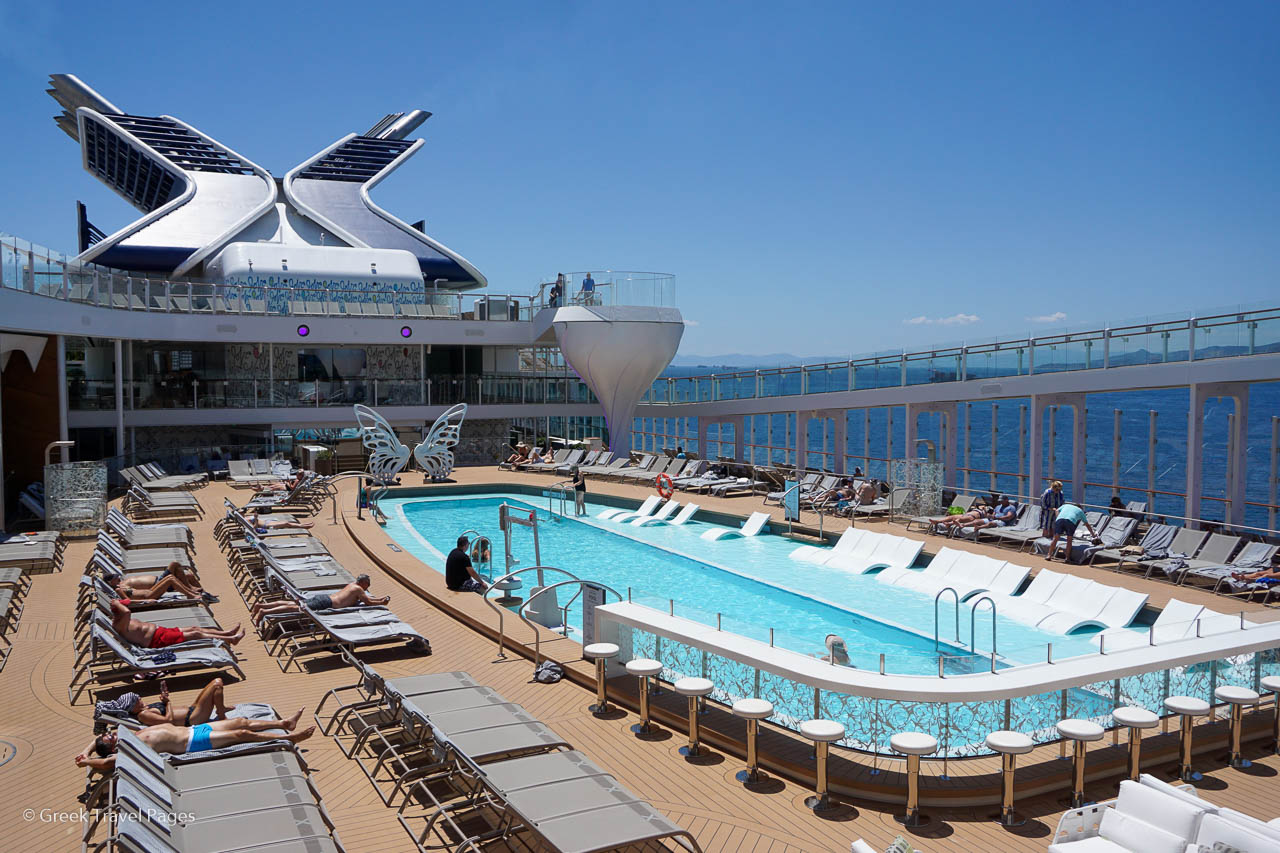 The Celebrity Edge follows more than four years of planning and 23 months of construction at the skilled hands of thousands of engineers, architects, artisans, designers, contractors and shipyard employees. It is 1,004 feet long, 128 feet wide, and travels at a speed of 22 knots. It has 14 passenger decks, 1,467 staterooms, 12 passenger elevators. 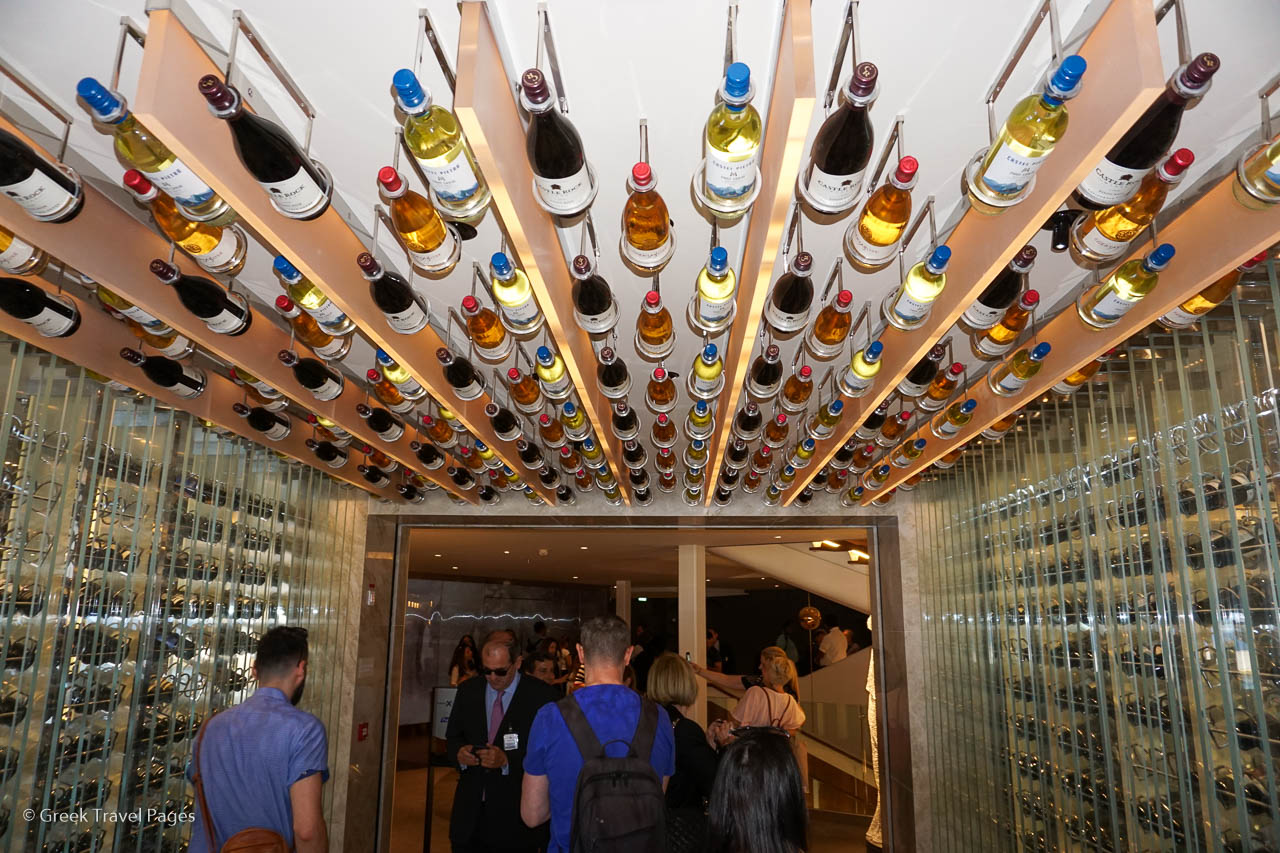 A big part of the Celebrity Edge’s offer is the fact that it brings the world to its passengers onboard through menus that deliver a true taste of international cuisine. 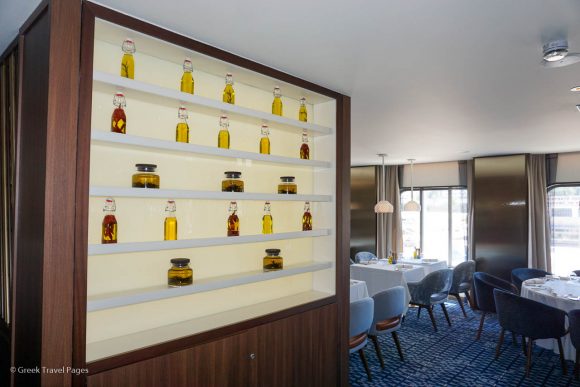 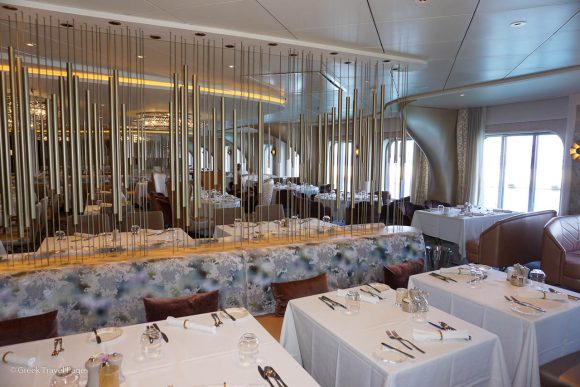 The ship offers not one, but four main restaurants, plus a whole host of specialty and complimentary dining options, endless culinary adventures. 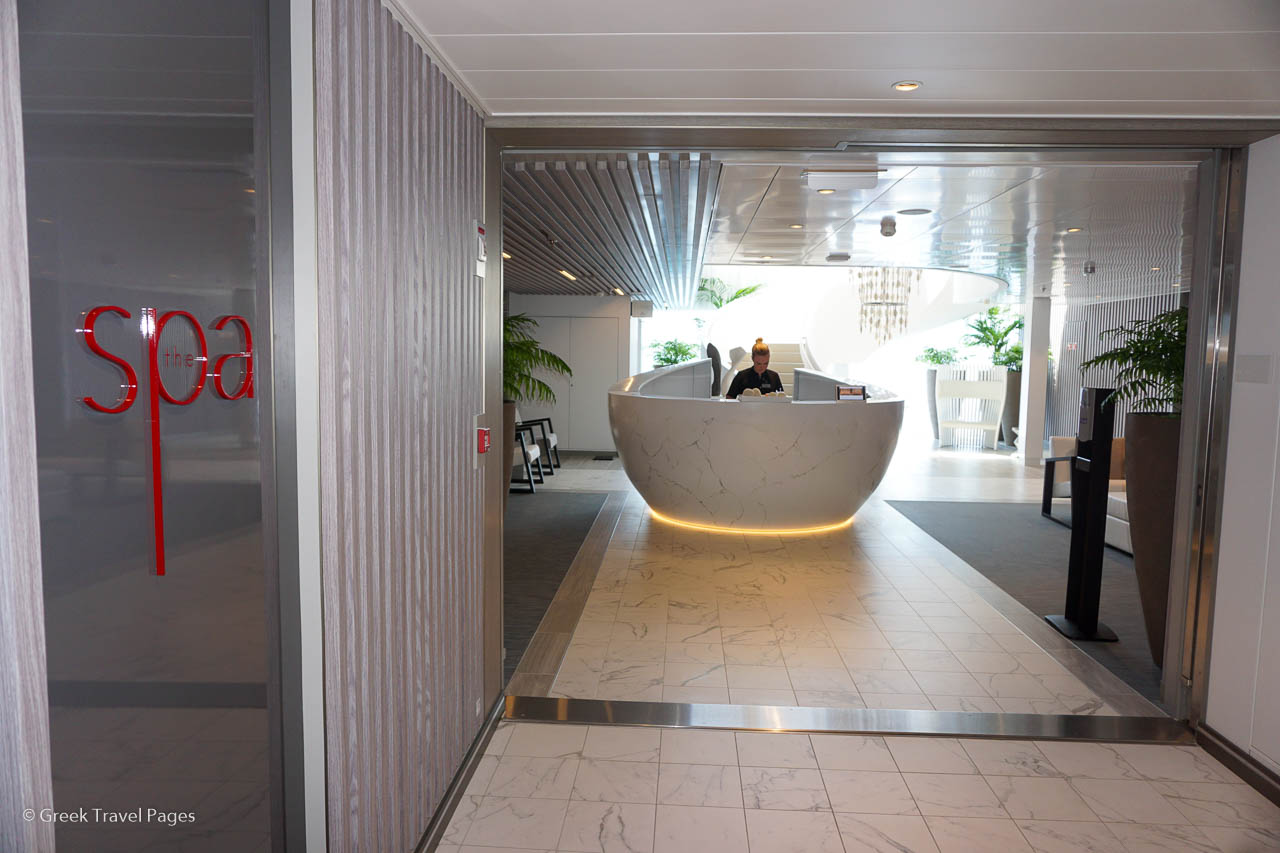 Through its luxurious Spa, the Celebrity Edge offers a nature-inspired approach to wellness that includes an array of restorative spa, beauty, and fitness experiences never before offered at sea. According to Stylianopoulos, the Celebrity Edge pushes the boundaries of what a spa experience at sea can be. 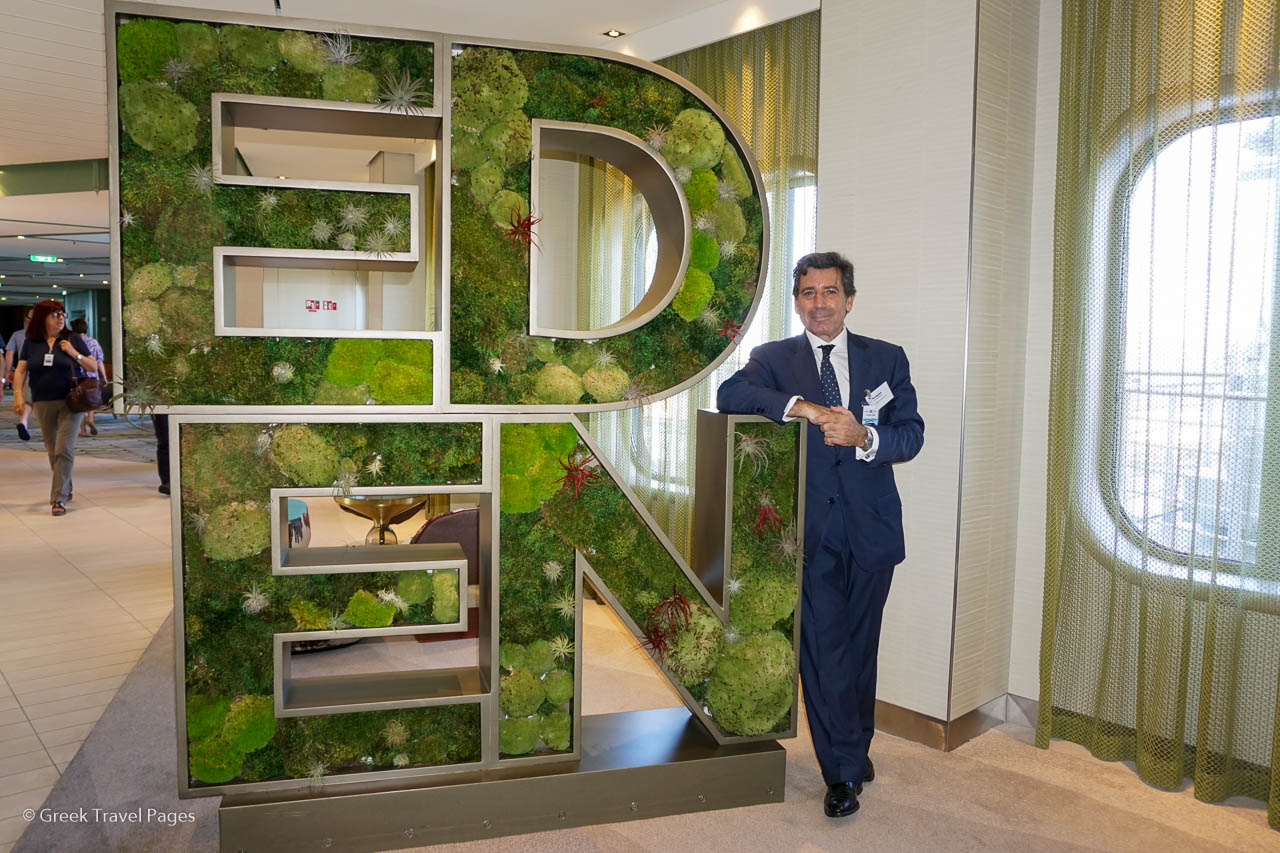 The Celebrity Edge offers a number of entertainment spaces and aims to surround passengers with engaging and unforgettable moments. From an expertly designed and fully contemporary theater that offers unparalleled entertainment in a dynamic setting, to an impressive venue – Eden – aimed to entertain passengers by indulging every one of their senses in an atmosphere that changes throughout the day. 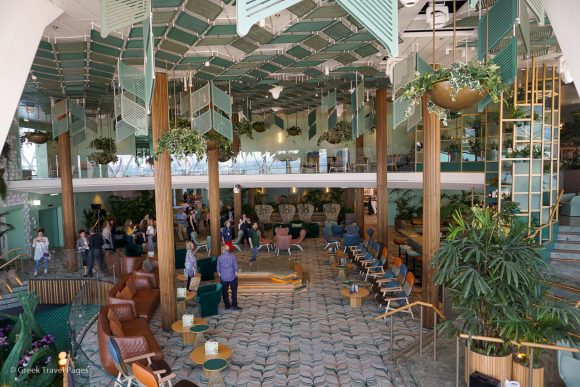 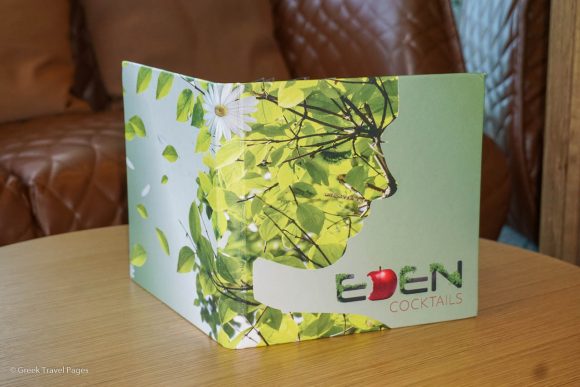 The ship also offers the Resort Deck, a venue unlike any other outdoor space on board that allows passengers to connect with the sea, while merging modern luxury with cool innovation. 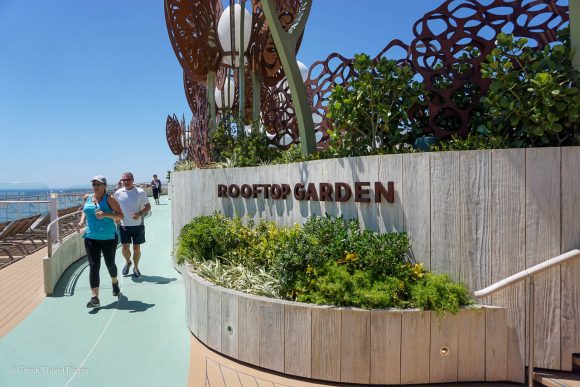 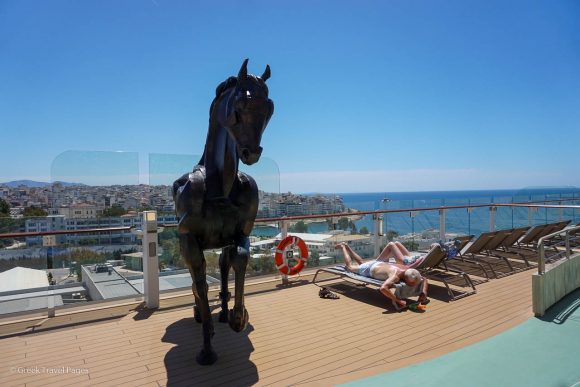 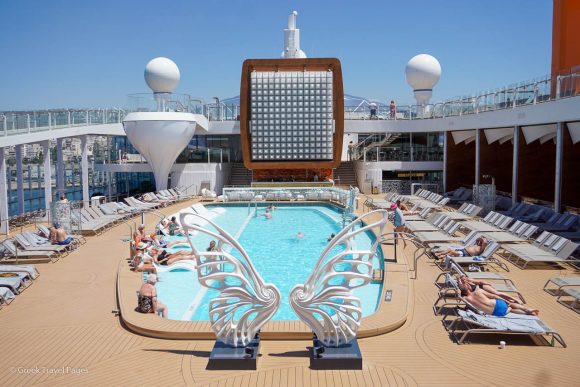 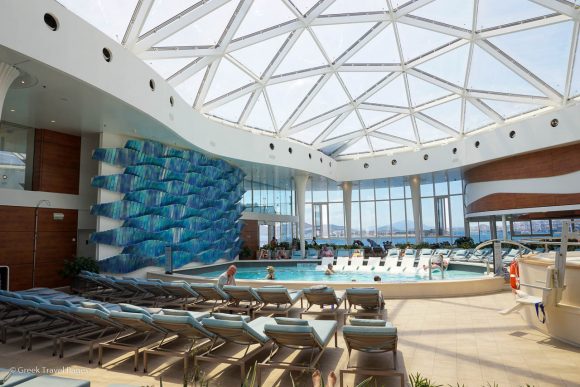 An industry-first: The Magic Carpet 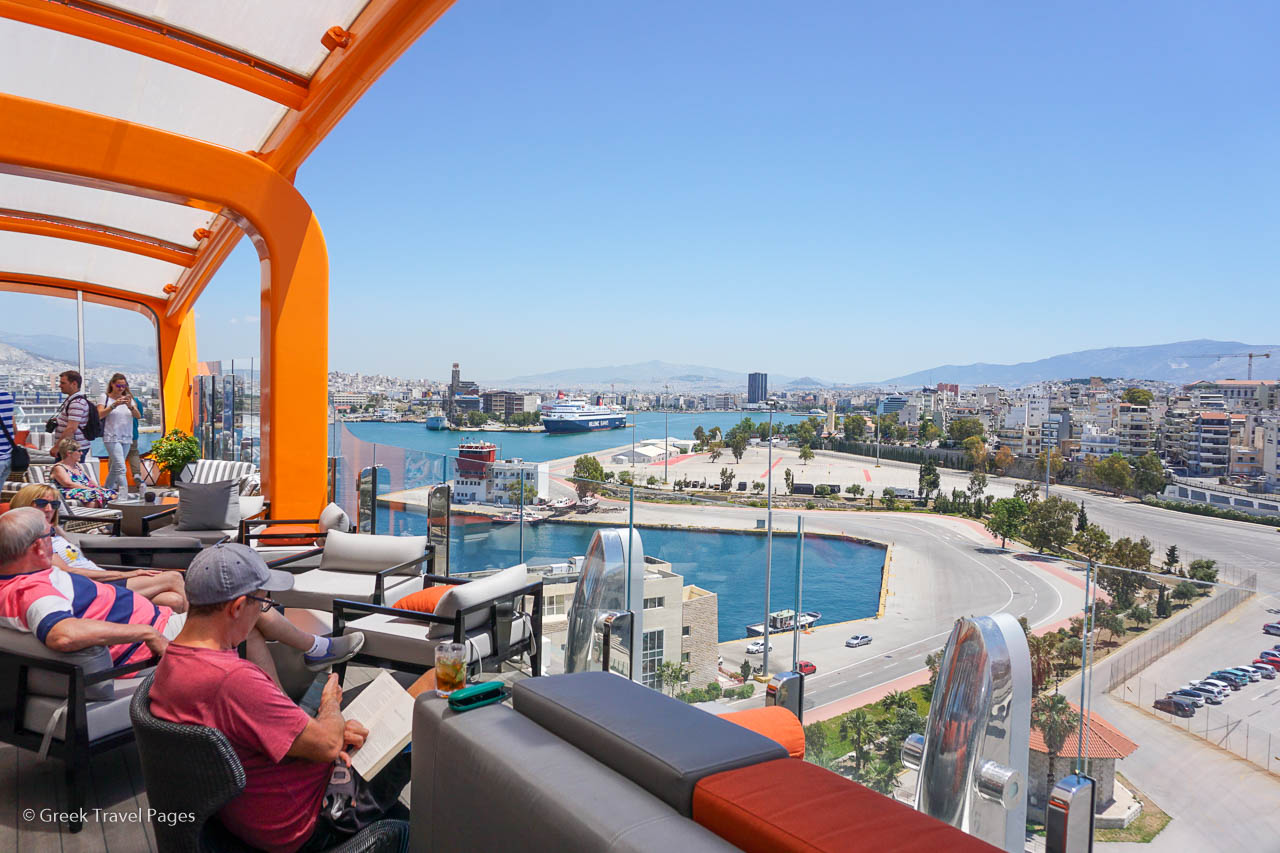 Perhaps among the most exciting features of the Celebrity Edge, the industry-first Magic Carpet, which changes function and location, provides an array of visual perspectives and a distinct experience on every deck it visits. It also offers the best spectacular views from the ship. 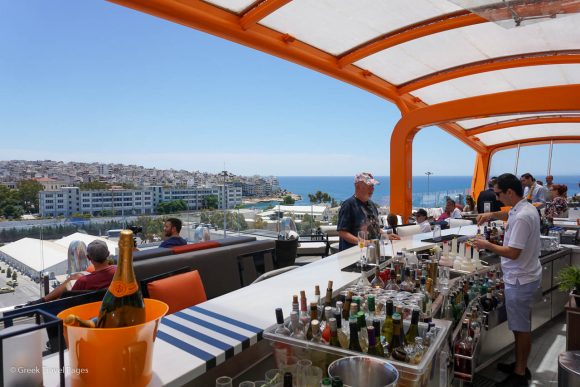 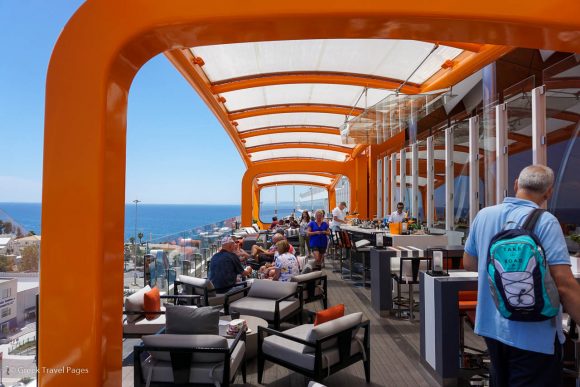 The ship stopped at Piraeus on May 30 having set out on an 11-night cruise starting from Rome and stopping at Catania, Valetta and Santorini. After Piraeus, the ship continued on to Mykonos, Nafplio and Katakolo in Greece. Next stops include Naples/Capri and then Rome (final stop). 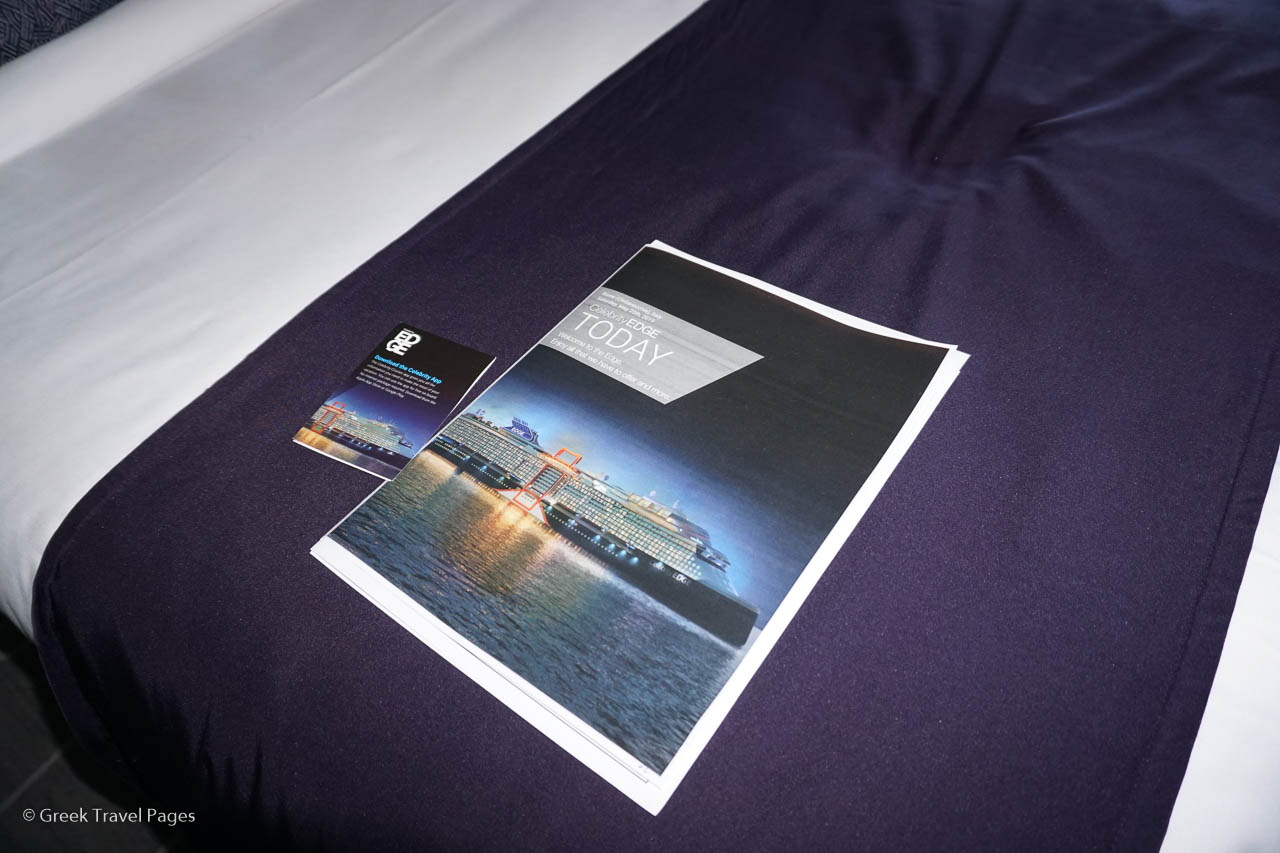 Grecotel Wins Gold Award for its Technology Innovations in Tourism