TUI Keen on Further Developing its Hotel Brands in Greece 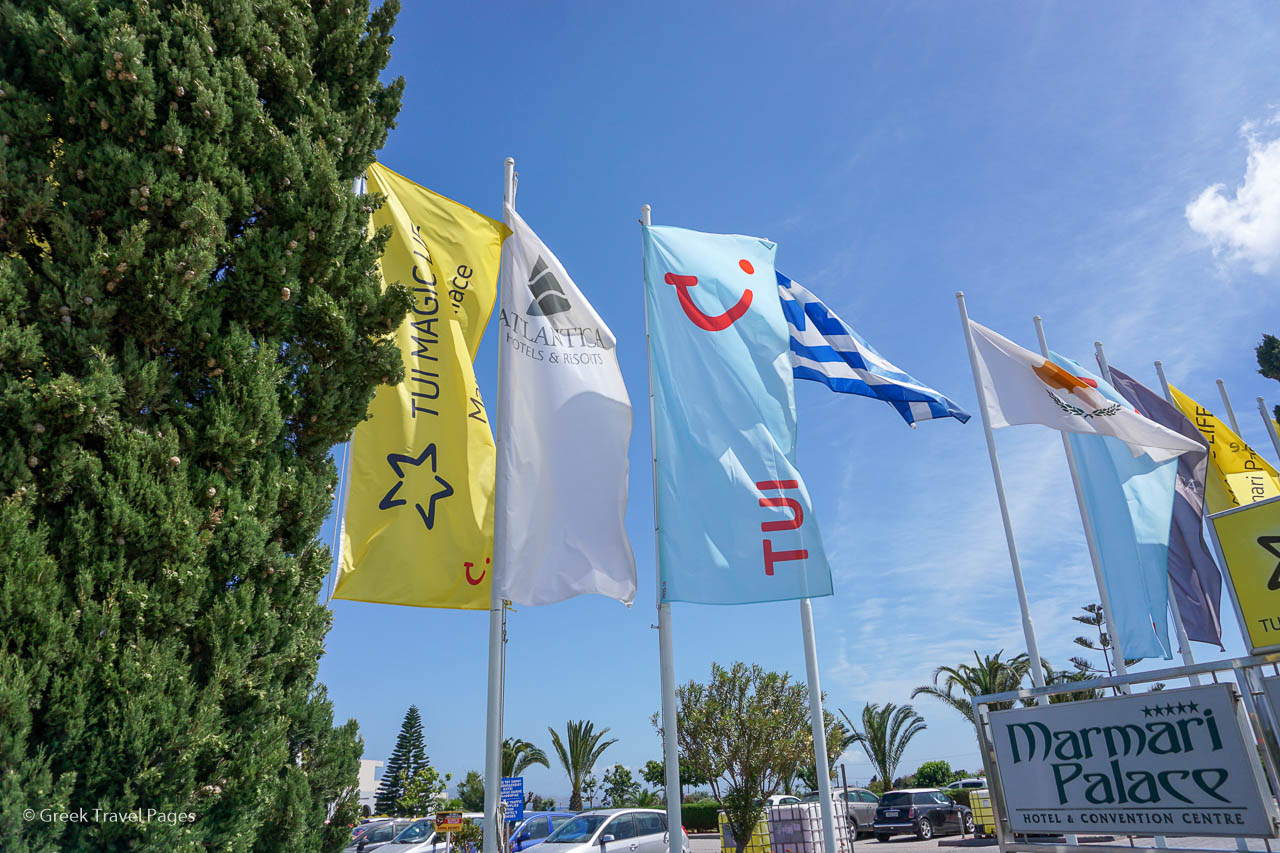 Greece is among the countries where travel giant TUI Group is interested in opening more hotels to include in its growing portfolio.

Having just recently announced the opening of six hotels on the islands of Crete, Kos, Zakynthos and Santorini, the company recently revealed plans to continue its focus on Greece.

According to Andreas Pospiech, the general manager of TUI’s “Magic Life” brand, Greece is one of the most important destinations overall for the company’s customers in Germany and Austria and the company is interested in further growing its hotel brands there. 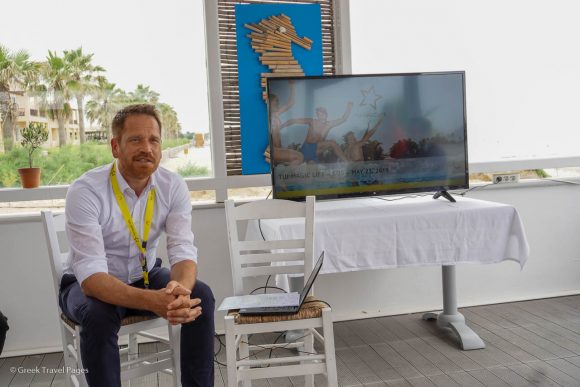 “Greece has very high quality, perfect hospitality, nice culture and food… Business wise it is a very good country to invest in,” Pospiech told Greek journalists on the sidelines of TUI Magic Life’s annual retail event on Kos, held to introduce the island to German travel professionals. The retail events take place every year in a different country and host more than 100 representatives of travel offices in Germany who get the opportunity to see the destination, meet the concept of TUI Magic Life hotels and also promote the destination.

Presenting the all-inclusive TUI Magic Life brand portfolio, at the TUI Magic Life Marmari Palace on Kos, Pospiech underlined that the main aim of its strategy is growth of at least two hotel/clubs per year.

TUI this year made three additions to its Magic Life portfolio with the opening of hotels in Tunisia, Turkey and Italy, bringing the number of clubs to 16.

Pospiech informed that TUI wants to now focus on growing its Magic Life portfolio in some of the countries it already operates in, including Greece. The company already runs three hotels in the country under the Magic Life brand on Kos, Rhodes and Crete. 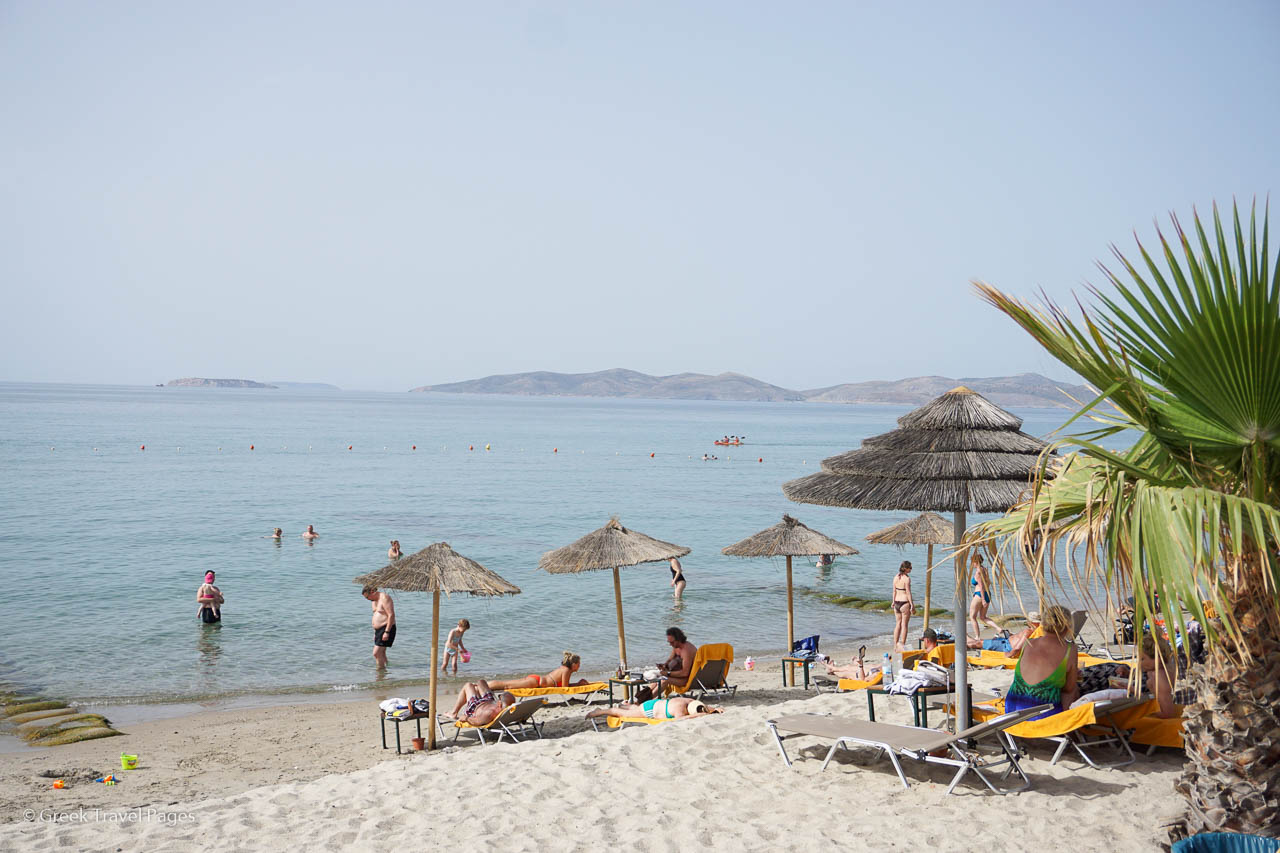 “In Greece we are looking to find a new club to open with our partner Atlantica Hotels & Resorts, however due to our special requirements – including the plot’s size – it is not easy to find new clubs, but we think that we can grow some new destinations in Greece on Corfu, Chania and Araxos,” he said, adding that the company is also interested in expanding the brand to Morocco, Croatia, Italy, Bulgaria and Austria.

According to Pospiech, TUI’s investments target both greenfield projects and existing hotels, while the company is also open to purchase properties via joint ventures, which was the case of the new TUI Sensimar Atlantica Belvedere Resort & Spa on Kos.

“We are open to everything, as long as the property fits with the needs of the concept,” he underlined. 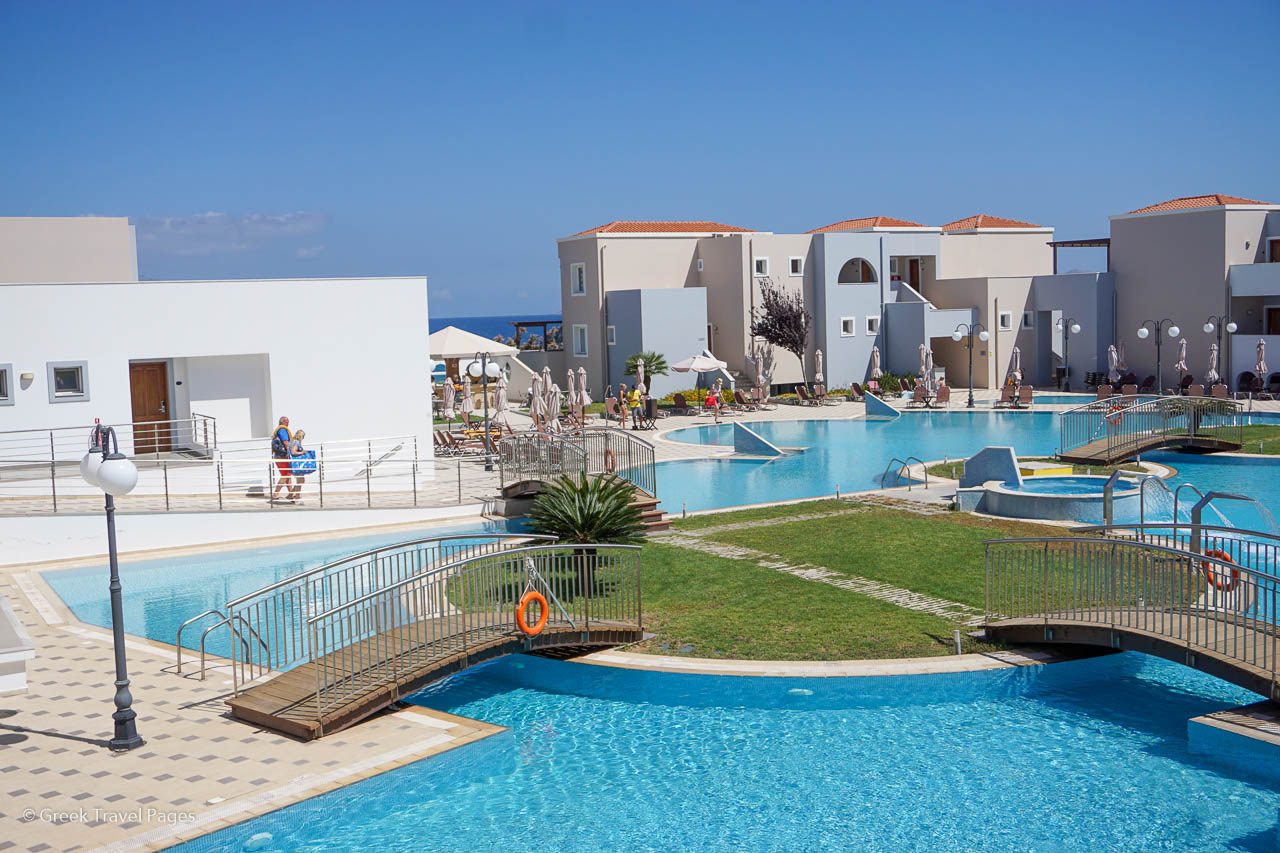 TUI’s “Magic Life” club/hotel on Kos was renovated during the winter and opened its doors for the 2019 summer season on April 27.

With a standout pool scene and beachfront setting, the 329-room club this year promises even more to its customers.

“The core of TUI Magic Life clubs and the benefit to the customer is an all-inclusive service, but not only regarding food and drink, but also entertainment and sports activities,” Pospiech said.

With a focus on the target group of families, the TUI Magic Life Marmari Palace has enriched its offerings to customers with an extensive range of sports activities that are all included in the package price. 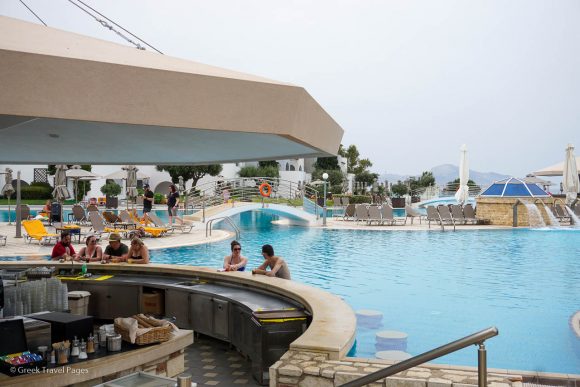 “Families can come to Magic Life and eat and drink, 24 hours around the clock, but can also try out new sports activities such as beach volleyball, tennis and mountain bike tours… When a family stays here, they know what they will spend… They pay for a package and receive value for money,” he said. 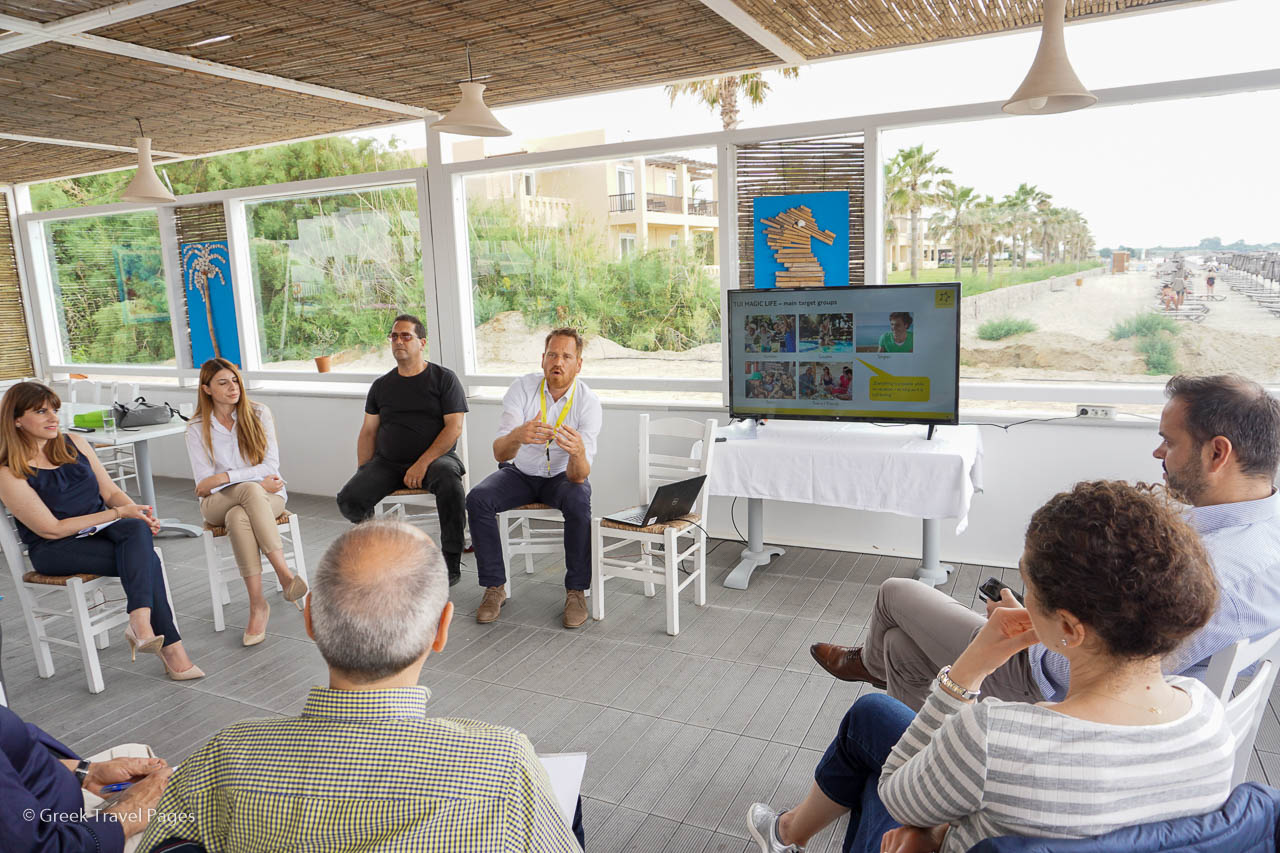 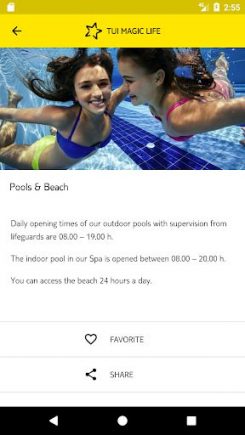 “TUI focuses on digitilization/indvidualization, as with digital innovation it is easier for us to give individual offers to customers,” he said.

Since 2017, the company offers the TUI Magic Life App that offers club guests easy access to information and can be used as a tool to book activities on offer.

Another tool being implemented in all TUI Magic Life clubs is the new Magic APPetite application that gives customers the opportunity to vote for the meal of the evening.

“This gives us the opportunity for our customer to be part of the product,” he said. 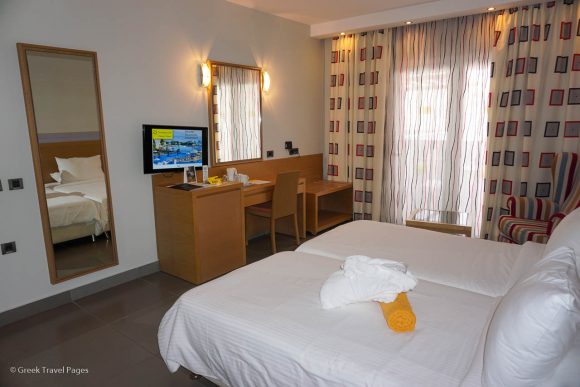 TUI is also working on a new tool called “Select your room”. Already running for TUI Blue hotels, the tool allows guests to book exactly the room they want. The tool is expected to be available in Robinson and TUI Magic Life hotels by this winter.

“This tool gives the customer the opportunity to be more involved… It is the next step of customer experience,” Pospiech said.

The TUI Magic Life Marmari Palace is operated by TUI through its joint venture with Atlantica Hotels & Resorts.

A leading hotel company in Greece and the biggest owned hotel chain company in Cyprus, Atlantica currently runs 33 hotels in Greece on destinations including Rhodes, Kos, Crete, Corfu and Zakynthos.

According to Atlantica representatives, the company is interested in further expanding in Greece and is looking for new projects in destinations including Crete, Corfu, Zakynthos, Kos and the Peloponnese.