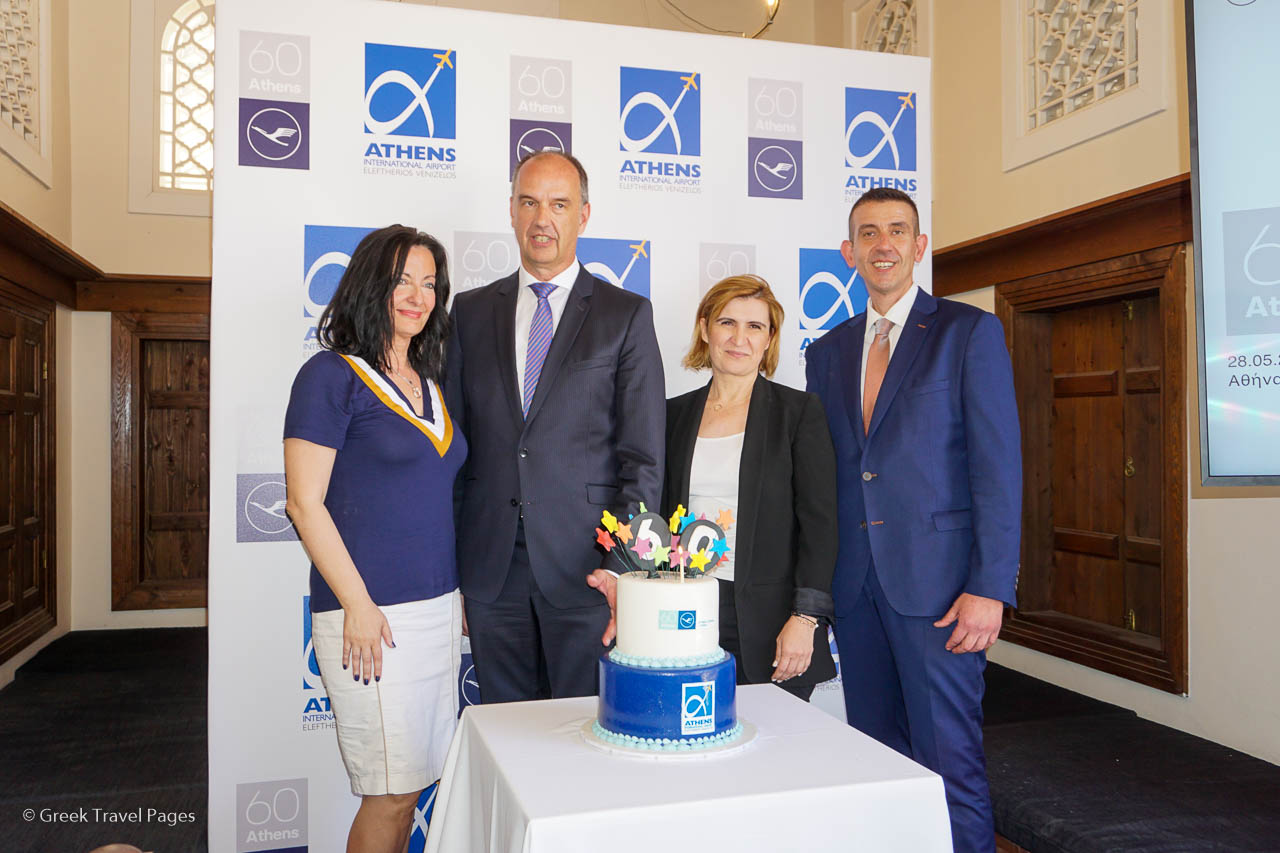 “Lufthansa is a ‘structural element’ of the airline market of Athens and Greece.” – Ioanna Papadopoulou, Athens Airport

Lufthansa, the biggest airline within the Lufthansa Group, on Tuesday celebrated its 60th anniversary in Greece with a special media event in the Greek capital, organized in collaboration with Athens International Airport (AIA).

The first Lufthansa flight from Germany landed in Greece on May 10, 1959. The airline’s first flight to Greece was to Athens’ (Hellenikon Airport) from Hamburg and the trip lasted 8.5 hours with three stops (in Düsseldorf, Frankfurt and Munich). 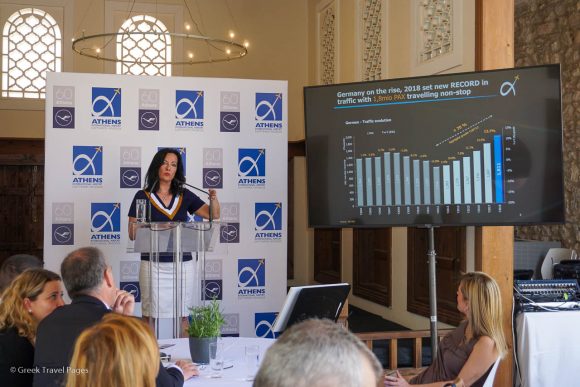 During the event, special emphasis was given to the company’s successful activity at a local level as well as to the continuing expansion of flight operations in Greece. Lufthansa and the member airlines of the Lufthansa Group – SWISS, Austrian Airlines, Brussels Airlines, Eurowings and Edelweiss – have a significant share of the steady passenger traffic growth recorded in recent years between German cities and Athens.

Underlining the trust Lufthansa has been showing to the Greek market since 1959, AIA Communications & Marketing Director Ioanna Papadopoulou said Athens Airport will continue to support the airline’s developmental plans in Greece. Last year, the Lufthansa Group had a market share of 9 percent of Athens Airport’s international routes.

“I would like to thank Lufthansa for its long-lasting partnership and its vote of confidence in the Athens market, because even when we were going through difficult years (2010-2012), Lufthansa was there for us,” Papadopoulou said in her welcome speech to the airline’s representatives. 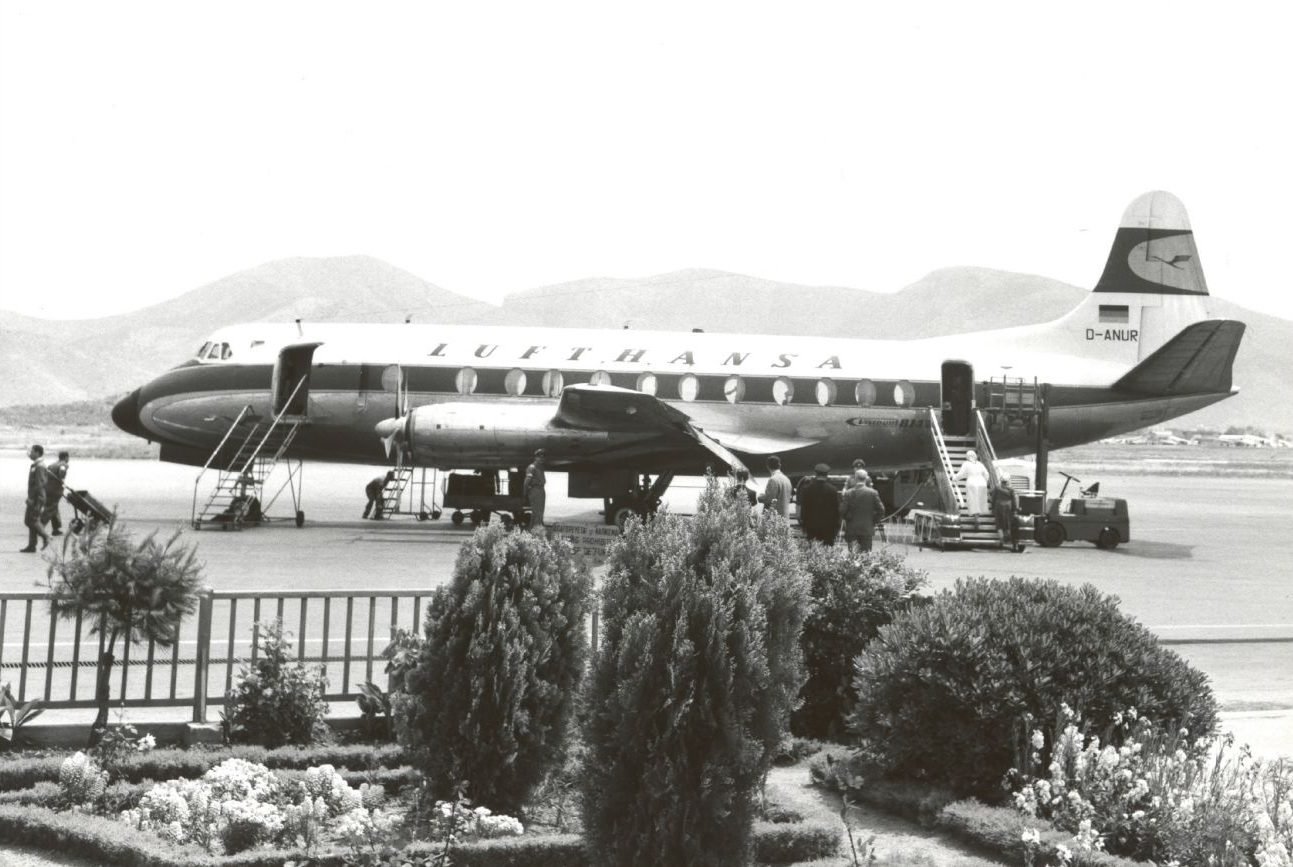 Archive photo of May 10, 1959, when the first Lufthansa flight from Germany landed in Athens, Greece. Photo source: Lufthansa

“Lufthansa is a ‘structural element’ of the airline market of Athens and Greece,” Papadopoulou said, adding that the airlines of Lufthansa Group have a big share of the routes connecting the two countries.

Last year the airline achieved its passenger record in Greece by adding new routes and increasing capacity with its network.

This summer, with 50 weekly departures out of Athens, Lufthansa continues to offer passengers from Germany and Greece many travel choices.

In total, jointly with the member airlines of the Lufthansa Group – SWISS, Austrian Airlines, Brussels Airlines, Eurowings and Edelweiss – Lufthansa this summer will offer 368 weekly frequencies out of Greece from 19 Greek cities. 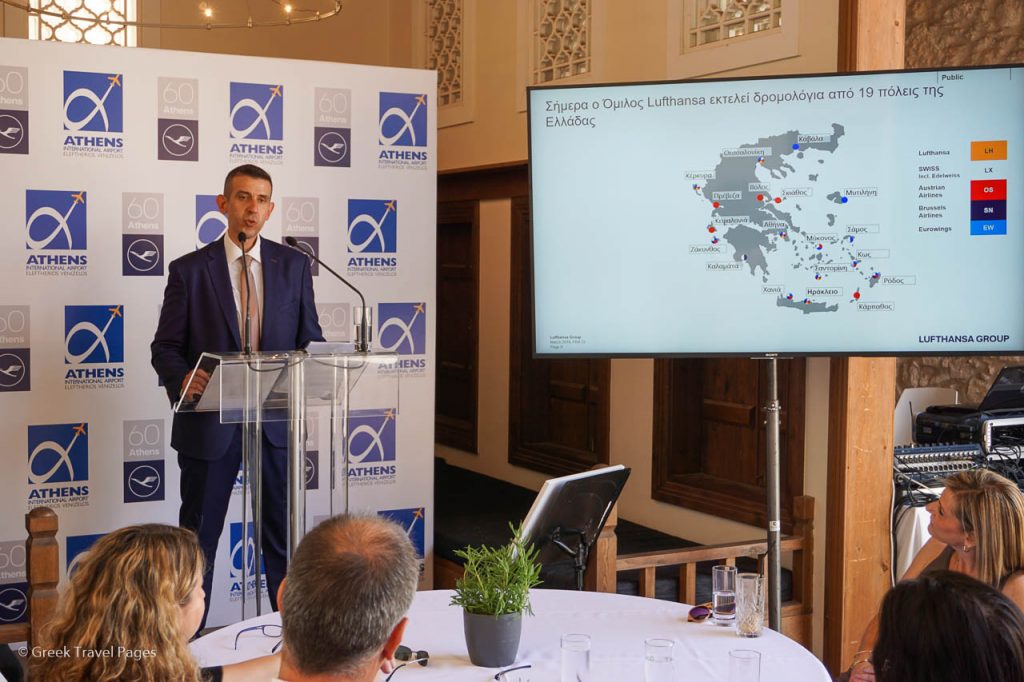 “Since 1959, Lufthansa has continued to transport millions of passengers to and from Greece, supporting Greek tourism and connecting Greece with the world,” Konstantinos Tzevelekos, General Manager Sales, Greece & Cyprus Lufthansa Group, said while presenting the airline’s milestones and most important achievements of the past six decades until now. 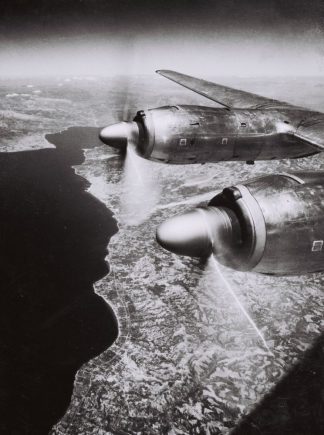 Archive photo of Lufthansa’s Vickers V-814 Viscount aircraft flying over Greece. The aircraft was in operation from 1958 to 1971. Photo: Deutsche Lufthansa AG / 1958

According to Tzevelekos, this year, compared to 2018, Lufthansa has an increase of around 6 percent in the number of flights offered to and from Greece.

Along with increased frequencies, Lufthansa this summer is offering new routes including Heraklion-Frankfurt and Kalamata-Zurich. Also, this summer the airline is offering daily flights on its Thessaloniki-Frankfurt route and also more flights to and from Athens from Frankfurt, Munich and Vienna.

Regarding the 2019 summer season, Tzevelekos said that he sees a rising trend in bookings at the moment. “This follows a very successful summer of 2018 and leads us to believe that the coming summer will be a good one for Greek tourism,” he said.

On his part, Peter Pullem, Senior Director Sales, Central, Eastern, and Southeastern Europe Lufthansa Group, informed that the company is continuing with the modernization of its fleet, while reducing CO2 emissions and fuel consumption. 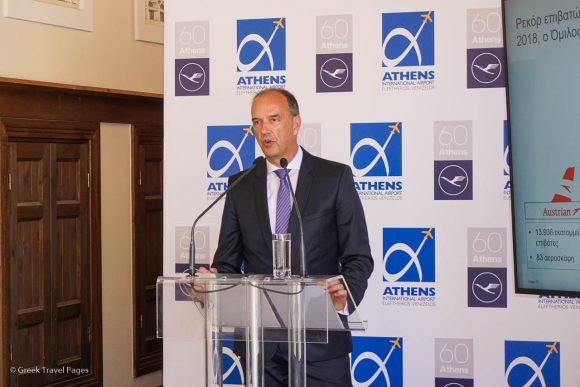 “We aim to be the number 1 for customers, for staff and for shareholders and we will be investing 500 million euros in digitalization and innovation in 2020,” Pullem said, adding that the group will also be investing in new lounges.

“As you can see, after 60 years of Lufthansa operating in Athens, the journey doesn’t stop,” Pullem said.

This summer Lufthansa Group will offer a total of 13,267 weekly flights within its immense network of 318 destinations in 102 countries around the world.