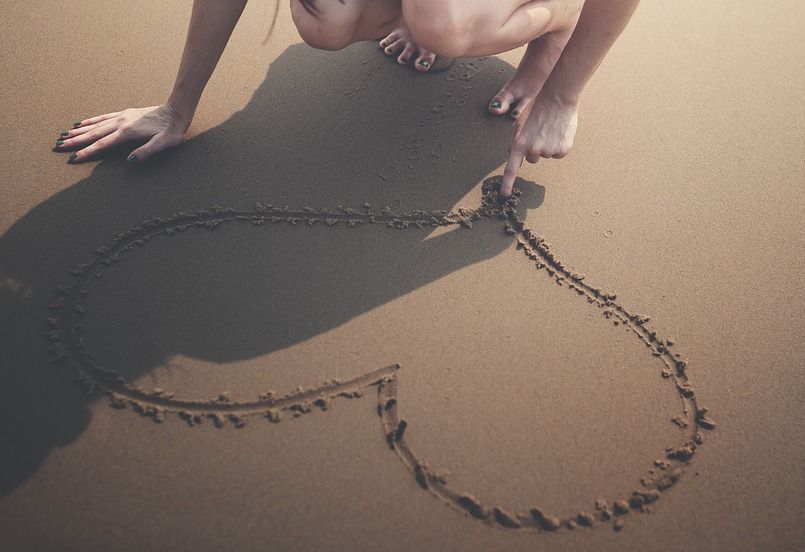 International tourism continued to grow over the first quarter of 2019, according to the latest issue of the UNWTO World Tourism Barometer from the World Tourism Organization.

According to the UNWTO, though at a slower rate when compared with the last two years, the 4 percent increase registered in early 2019 is a very positive sign.

Europe, the world’s largest tourism region, reported solid growth (up by 4 percent), led by destinations in Southern and Mediterranean Europe and Central and Eastern Europe (both up by 5 percent).

The Middle East (+8 percent) and Asia and the Pacific (+6 percent) experienced the highest increase in international arrivals. Numbers in Africa were up by 4 percent, and in the Americas growth was recorded at 3 percent.

“Growth in arrivals is easing slightly after two years of exceptional results, but the sector continues to outpace the global rate of economic growth,” Pololikashvili added. 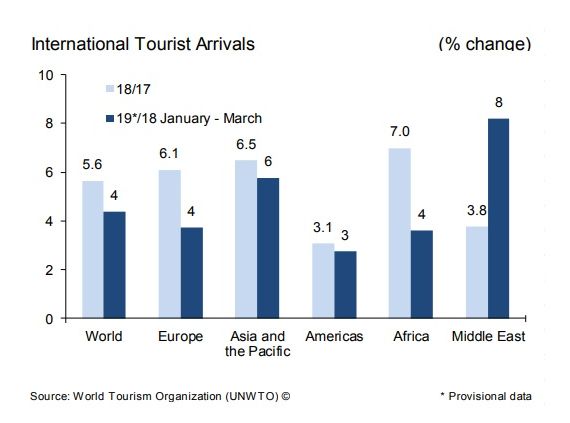 Moreover, according to the latest UNWTO Confidence Index survey, confidence in global tourism has started to pick up again after slowing down at the end of 2018. 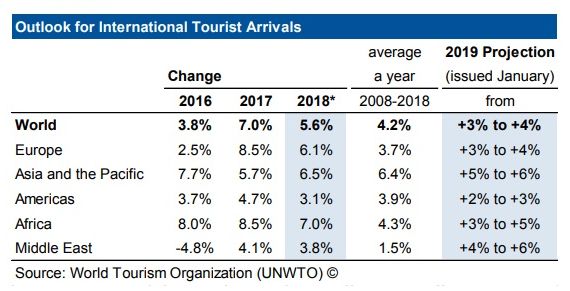 The outlook for the May-August 2019 period, the peak season for many destinations in the Northern hemisphere, is more optimistic than in the recent periods and more than half of respondents are expecting a better performance in the coming four months.

Experts’ evaluation of tourism performance in the first four months of 2019 was also rather positive and in line with the expectations expressed at the beginning of that period.

UNWTO forecasts growth of 3 to 4 percent in international tourist arrivals in 2019.