Museums in Greece welcomed more visitors and recorded an increase in revenue from receipts in January, according to data released recently by the Hellenic Statistical Authority (ELSTAT). 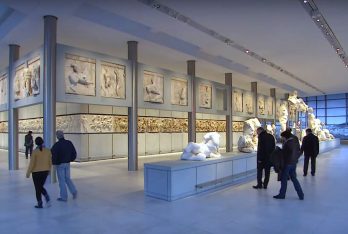 The Greek museum with the highest visitor increase in January was the National Archaeological Museum in Athens that attracted 29,550 visitors, up 18.9 percent compared to the same month in 2018. The second museum in Greece with a high visitor increase that month was the Acropolis Museum in Athens, which welcomed 69,619 visitors (up by 13.2 percent). The third was that of Delphi with 6,911 visitors, a 6.2 percent rise compared to January 2018.

Despite the overall drop in the visitation to Greek archaeological sites in January, a rise was seen in visits to Ancient Corinth (up by 4.3 percent) and the Acropolis in Athens (0.5 percent) that month.

Overall, January 2019 saw a slight 1.4 percent drop in the total number of visitors to Greek museums and archaeological sites.