The Athens city council announced this week that it had elected Giorgos Broulias to serve as acting mayor of Athens following the resignation of outgoing Athens Mayor Giorgos Kaminis, who stepped down to run in the European Parliamentary elections on May 26.

A deputy mayor at the Athens Municipality, 40-year-old Broulias will serve through to September 1, when the candidate winning the May 26 municipal elections will take over. 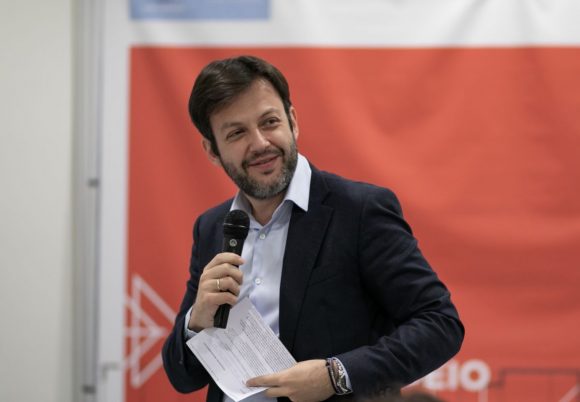 “My aim is to respond as best possible to the demands of this post, which is for me an honor and a great responsibility. I am sure that with cooperation, we will be able to stand worthy followers in Giorgos Kaminis’ footsteps,” said Broulias.

Besides his position as deputy Athens mayor, Broulias also headed the Athens Municipality Development and Tourism Promotion Company (EATA) among others.

“I congratulate George Broulias on his election as mayor of Athens. I am confident that having participated from Day 1 in this effort, George will be worthy of the great responsibility assigned by Athens citizens in 2010 and 2014. We remain united, determined and innovative to the final moment of service to Athens and its citizens,” said outgoing Mayor Kaminis.