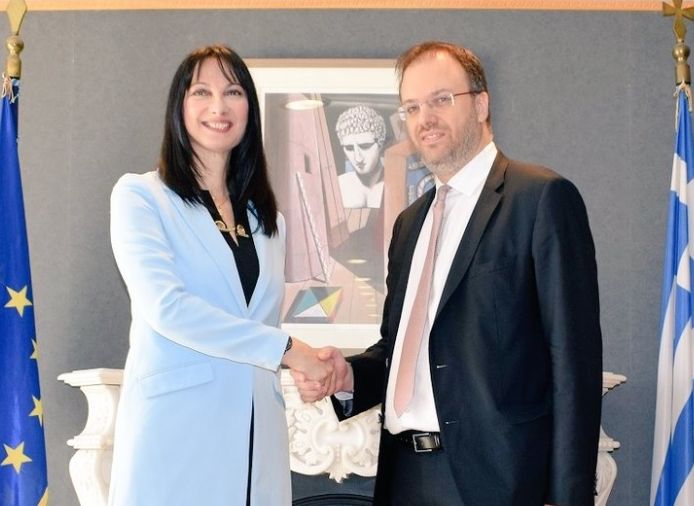 Thanasis Theocharopoulos, the president of the Democratic Left (DIMAR) party, took over his new post from Elena Kountoura during the Tourism Ministry handover ceremony held on Monday in Athens.

Theocharopoulos was appointed as the new tourism minister for Greece on Saturday, following the resignation of Elena Kountoura who will run in the upcoming European Parliament elections.

Speaking at the handover ceremony, Theocharopoulos referred to the tourism sector’s multifaceted character for the national economy and its contribution to the country’s development. 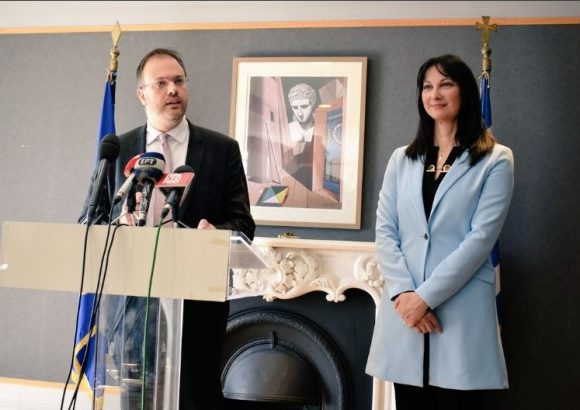 The new tourism minister underlined that among his priorities for the sector will be to support small- and medium-sized enterprises and develop alternative forms of tourism in order to extend Greece’s tourism season over time. He also referred to promoting agrotourism and linking tourism and the agri-food sector.

“We will be here to cooperate with all stakeholders, with everyone that wants to contribute to our goals,” Theocharopoulos said.

On her part, outgoing tourism minister, Elena Kountoura, referred to the achievements of Greek tourism over the last four years and the successive results recorded both in visitor arrivals and revenue for the national economy.

“We managed for our country to be deemed a world champion in tourism, recognized by leading international institutions as a model of tourism development and exemplary of good practices,” Kountoura said, adding that the 2019 season has started on a positive course in terms of arrivals and revenues.

“It is a demanding year with many external factors, but we are prepared… The effort for tourism continues,” she said.