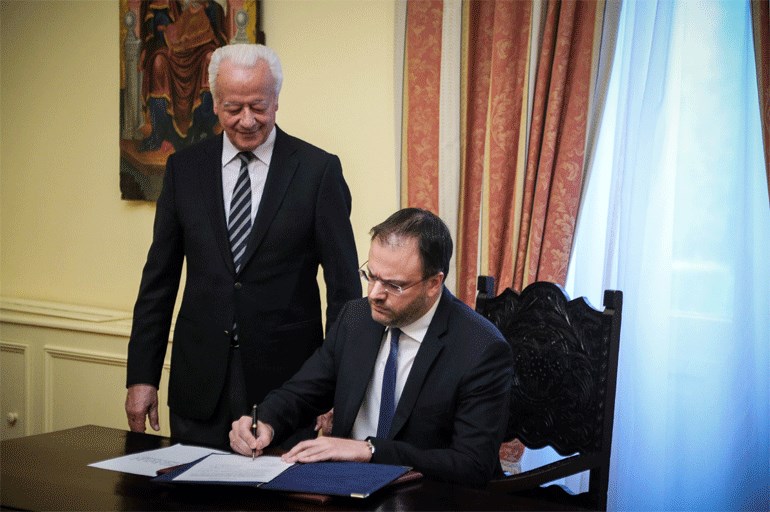 Thanasis Theocharopoulos, the president of the Democratic Left (DIMAR) party, has been appointed as the new tourism minister of Greece, following the resignation of Elena Kountoura who will run in the upcoming European Parliament elections. 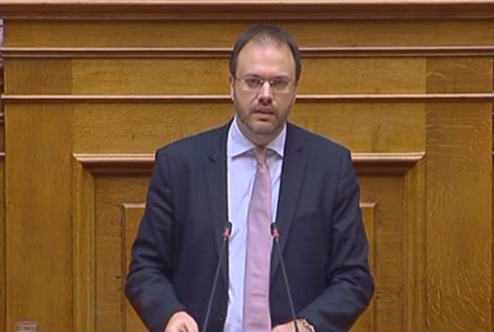 Theocharopoulos was notified about his new duties on Saturday by Prime Minister Alexis Tsipras and was sworn in a few hours later at the Presidential mansion.

“I accepted the Prime Minister’s proposal because I am convinced that we need the strongest possible connection of social and political forces in order for the country to move forward,” Theocharopoulos said, adding that Greece’s productive reconstruction is a necessity, and tourism plays a decisive role in the process.

According to sources, the Tourism Ministry handover ceremony will take place on Monday, May 6.

Theocharopoulos is an Agriculturist M.Sc. and holds a Ph.D. in Agricultural Economics, from the Aristotle University of Thessaloniki. According to his bio, he has worked in various Greek and foreign universities and academic institutions, teaching courses in the fields of Agricultural Policy, Rural Development and European Integration.