Attica’s Beaches Can be a ‘Unique Selling Point’ for Athens 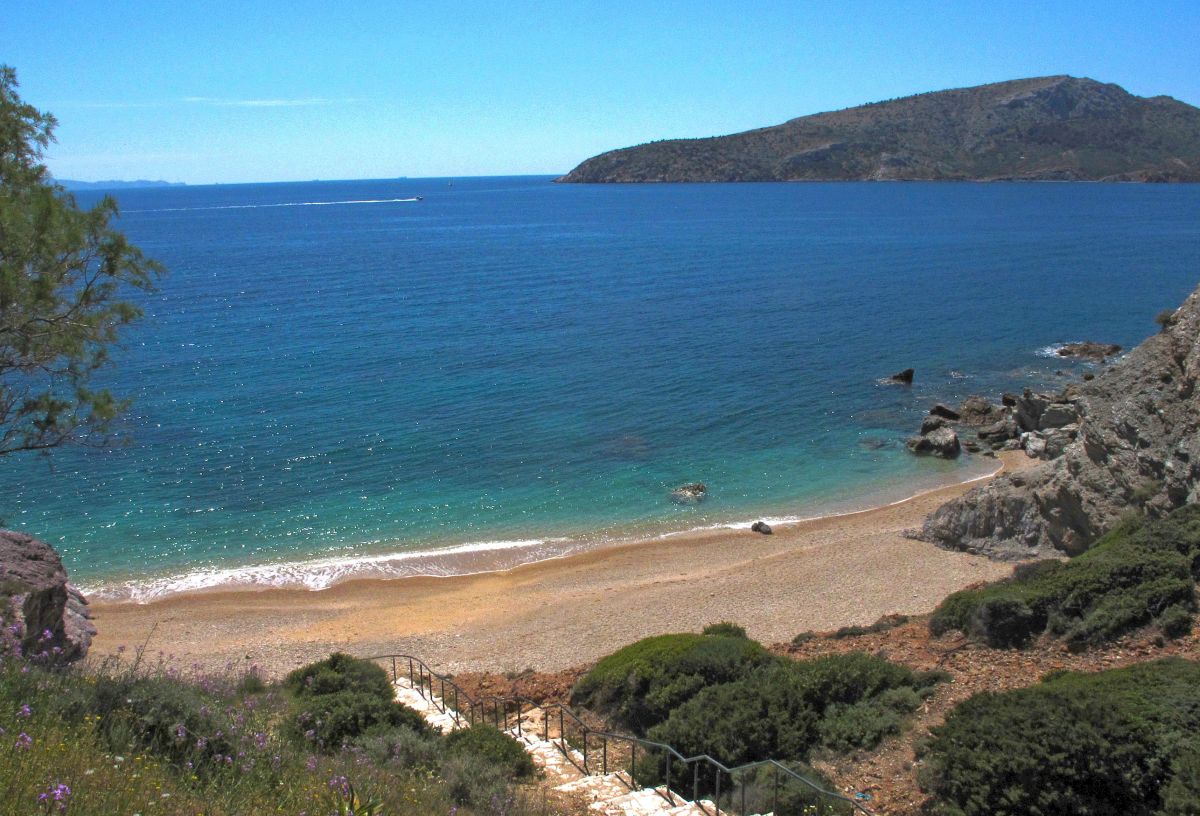 German tour operators: A major unique selling point (USP) for Athens could be the fact that it is close to beaches, the sea in general and the islands.

Leading tour operators from Germany recently agreed that tourism professionals in Athens need to “get the word out” that the Greek capital’s city center is in very close distance to beaches and the sea in general.

According to the professionals, by using Athens’ close distance to the beaches of Attica as a unique selling point (USP), visitors will learn that the city offers even more experiences and they will possibly even extend their vacation at the destination. 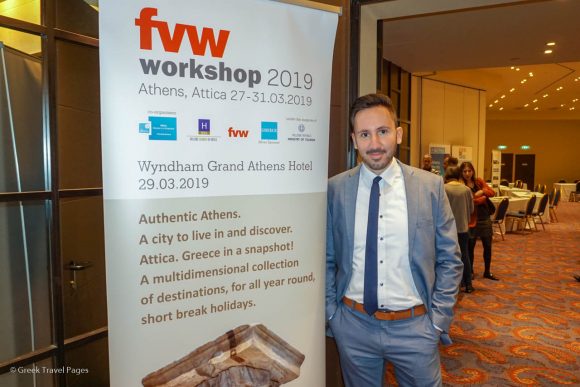 “A big benefit of Athens is that there is not another comparable capital in Europe which is in such close to the sea, where visitors can go on day trips to other islands and exciting destinations… All this leads to a big potential for the destination itself,” Orestis Raxenidis, Director Greece & Cyprus, DER Touristik Central Europe, told GTP Headlines on the sidelines of the “FVW workshop Athens-Attica 2019” event that took place in Athens in late March.

Organized by FVW, the Hellenic Chamber of Hotels and the Region of Attica, the event brought together around 40 German travel agents and tour operators in Athens, including TUI Germany, Attika Reisen, DER Touristik and LMX Touristik.

Raxenidis attended the workshop representing the German, Swiss and Austrian markets of leading tour operator DER Touristik, in order to evaluate the potential of business to Athens and the Attica Region. 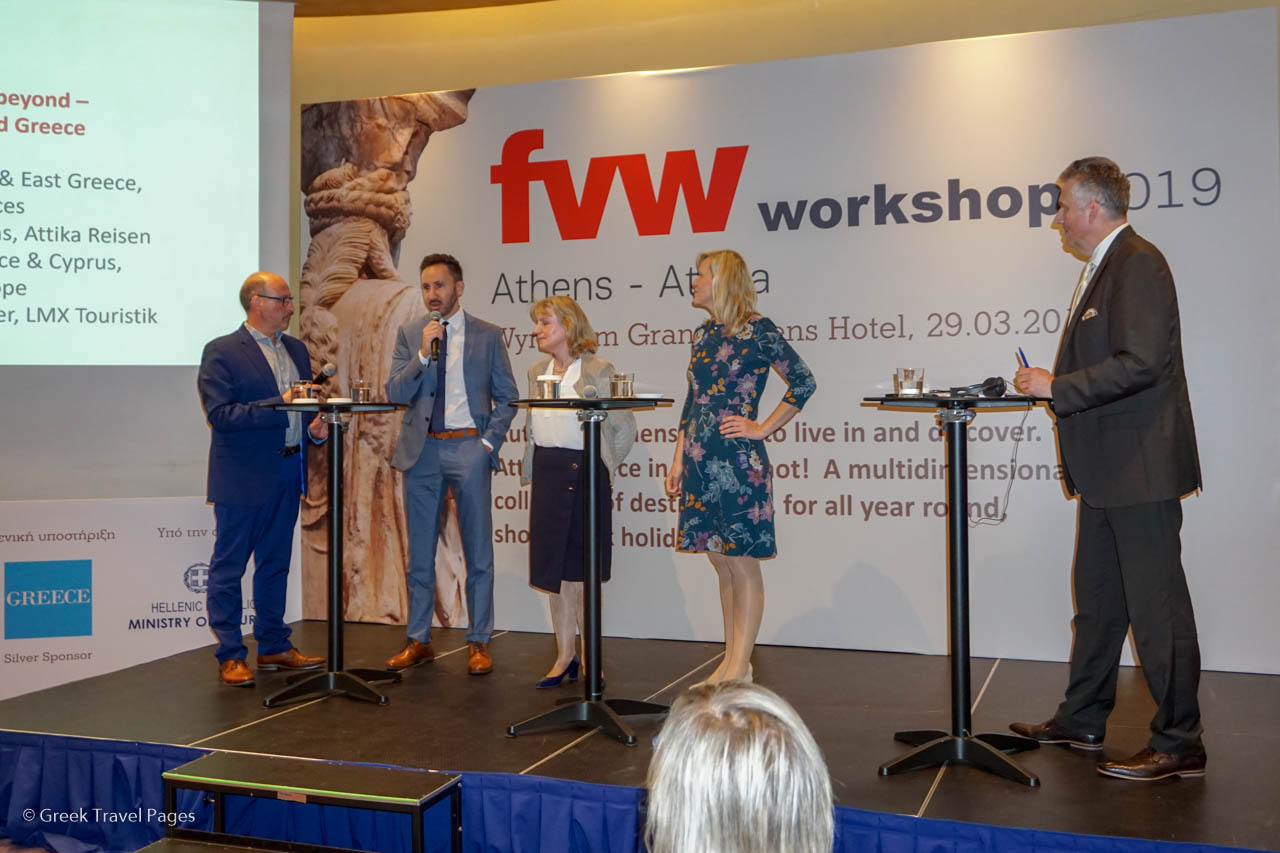 With the majority of DER Touristik’s customers opting for the “classic package tour operator destinations” of the Greek islands, like Crete, Kos, Rhodes and Corfu, Raxenidis told GTP Headlines that currently the trend to Athens from DER Touristiki’s German market is still very low. 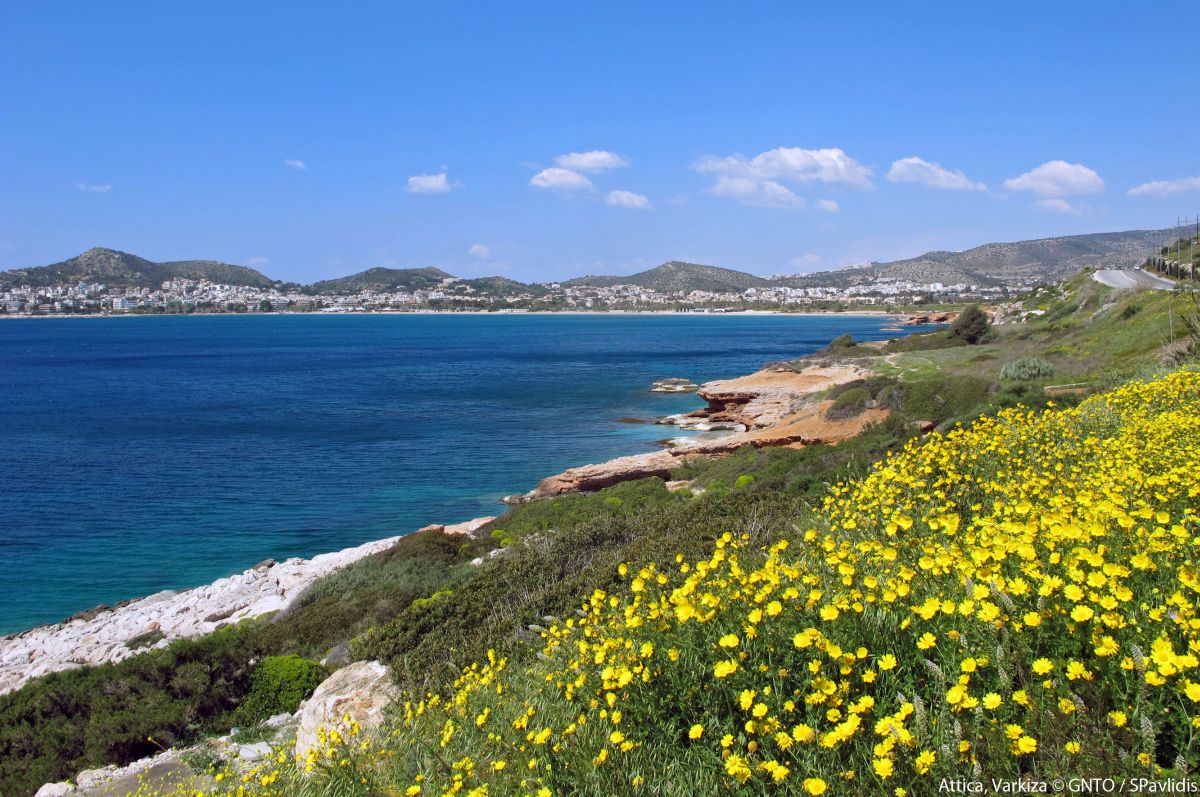 Like other German tour operators pointed out during the workshop, a major unique selling point (USP) for Athens could be the fact that it is close to beaches, the sea in general and islands.

“For me personally, the USP of being so close to a magnificent sea and other exciting destinations has to be clearly pointed out and the message should be delivered much stronger to the market,” he said.

Speaking during a panel discussion focusing on new opportunities and challenges for the Greek travel industry, Tim Ananiadis, Vice President of the Athens – Attica & Argosaronic Hotel Association, underlined that Athens unfortunately is not “on the top” when German travelers come to Greece.

“I feel that Athens is maybe underestimated as to what it has to offer compared to Barcelona or Lisbon or wherever else the German market is going,” Ananiadis said.

Speaking as a downtown Athenian, Ananiadis stressed that the Greek capital has changed in the last 15 years. 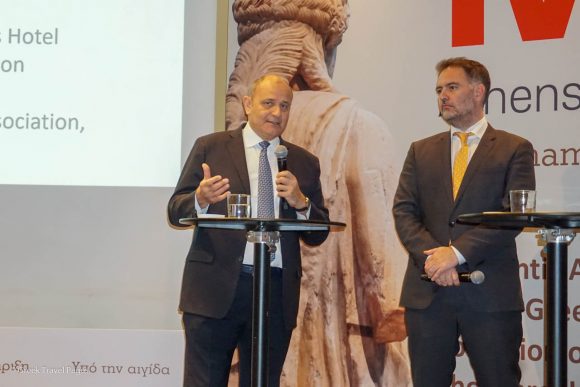 “It’s a whole different city, the infrastructure has changed completely and there are new hotels… Athens is getting the brand name that we need… We have high-end hotels to satisfy the luxury customer and we also have hotels that are reasonably priced for someone who comes for the weekend and – let’s not forget – that the beach is literally 20 minutes from downtown,” he said, adding that the latter remains mostly unknown to the German market possibly because of the lack of promotion from the Greek side.

“We are looking to welcome visitors here in the winter, spring and fall and hopefully for people to look at Athens differently as a summer destination and rather just a city with the Acropolis… It would be a good idea to combine Athens with the nearby islands in travel packages to attract more visitors,” he underlined.

TrevoTrend: German demand low for Athens, but high for Greece 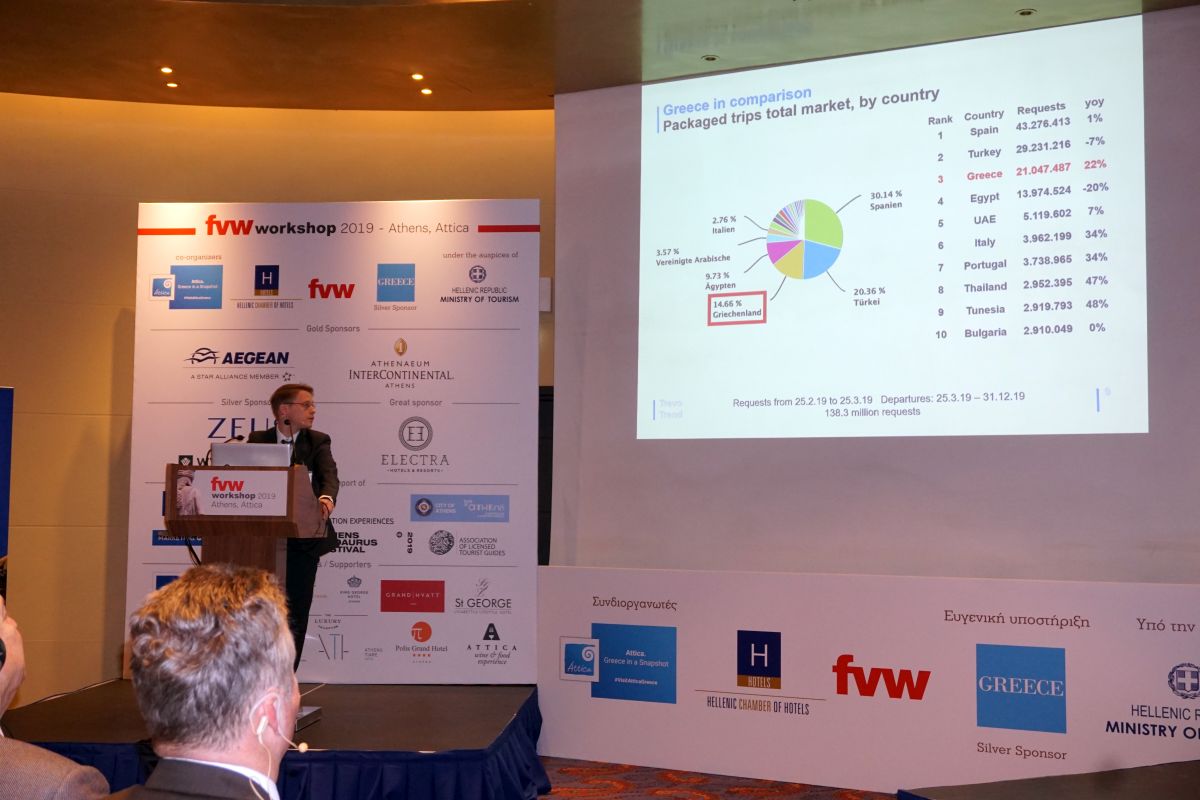 During the “FVW workshop Athens-Attica 2019” event, Market Researcher for Cologne-based TrevoTrend, Dr. Tobias Lang, presented a study which showed that demand of German travelers appears low for Athens in comparison with other city destinations.

Based in Cologne, TrevoTrend analyzes millions of data points to find out how the Germans would like to spend their next holidays. With the info, TrevoTrend aims to help tour operators and hoteliers adjust their products and prices to the current demand of German travelers. 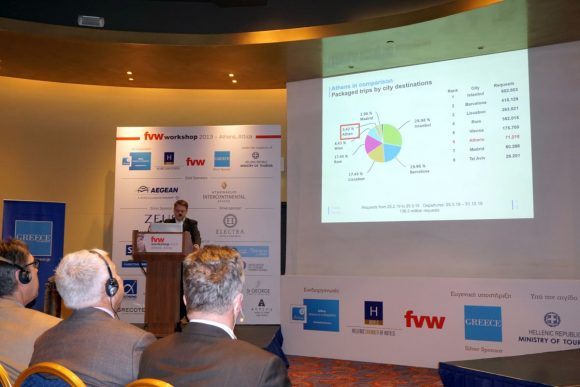 Dr. Lang presented the holiday trends through an analysis carried out on competitive country level as well as national level based on destination demand according to airport data and booking demand during the period February 25 to March 25 for departures between March 25 to December 31 this year.

In terms of package trips demand for the Germans by country, Greece ranks 3rd after Spain and Turkey with a 22 percent increase year-on-year in bookings.

However, in regards to demand for packaged trips by city destinations, Athens is behind Istanbul, Barcelona, Lisbon, Rome and Vienna, with only a 3.42 percent market share.

Moreover, during the period in question, Athens ranked 14th among the preferences of German travelers regarding Greek destinations and was behind Crete, Rhodes, Kos, Corfu and Paxi, Halkidiki, Santorini, Olympic Riviera (Pieria), Zakynthos, Thassos, Peloponnese, Mykonos and Samos.

“Athens at the moment is not on the mind of German consumers as other Greek destinations are… You must find the ways to promote the product to the German traveler,” Dr. Lang said.

Athenian Riviera Coasts A’ & B’ Set for Overhaul