The Easter 2019 exodus is currently underway and passenger traffic is increasing day by day at the ports of Piraeus, Rafina and Lavrio, as well as on highways throughout Greece. The Greek Orthodox Easter will be celebrated on Sunday, April 28.

Over 26,000 passengers traveled to the Greek islands from Piraeus alone on Holy Monday and Holy Tuesday, according to port authorities. 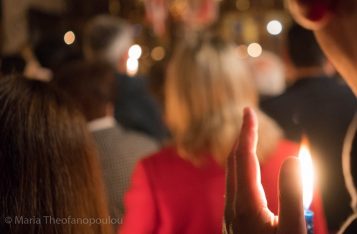 According to reports, shipping companies added extra itineraries to the Greek islands from Holy Wednesday (18 ships departed from Piraeus, 9 from Rafina and 4 from Lavrio). On Holy Thursday, 21 ships are scheduled to depart from Piraeus.

Port authorities have announced that necessary measures have been taken to facilitate the journeys of holidaymakers.

Passengers are advised to arrive at ports about an hour earlier of their scheduled journey due to increased traffic on the harbor’s perimeter roads.

Meanwhile, more bus and train routes have been announced to facilitate those traveling out of the Greek capital to destinations accesible by road. Additional KTEL intercity bus routes have been scheduled from Athens to Greek destinations and railway operator TRAINOSE has also increased train routes across Greece. Again, passengers are advised to arrive earlier than the time of their scheduled journey.

Where are travelers going for Easter?

According to the Hellenic Federation of Hoteliers, tourist traffic for the Orthodox Easter holiday this coming weekend is concentrated in popular Greek destinations with Corfu in the lead and followed by the Saronic Gulf islands near Athens, Santorini and Mykonos.

May 1 Strike to Disrupt Transport in Greece