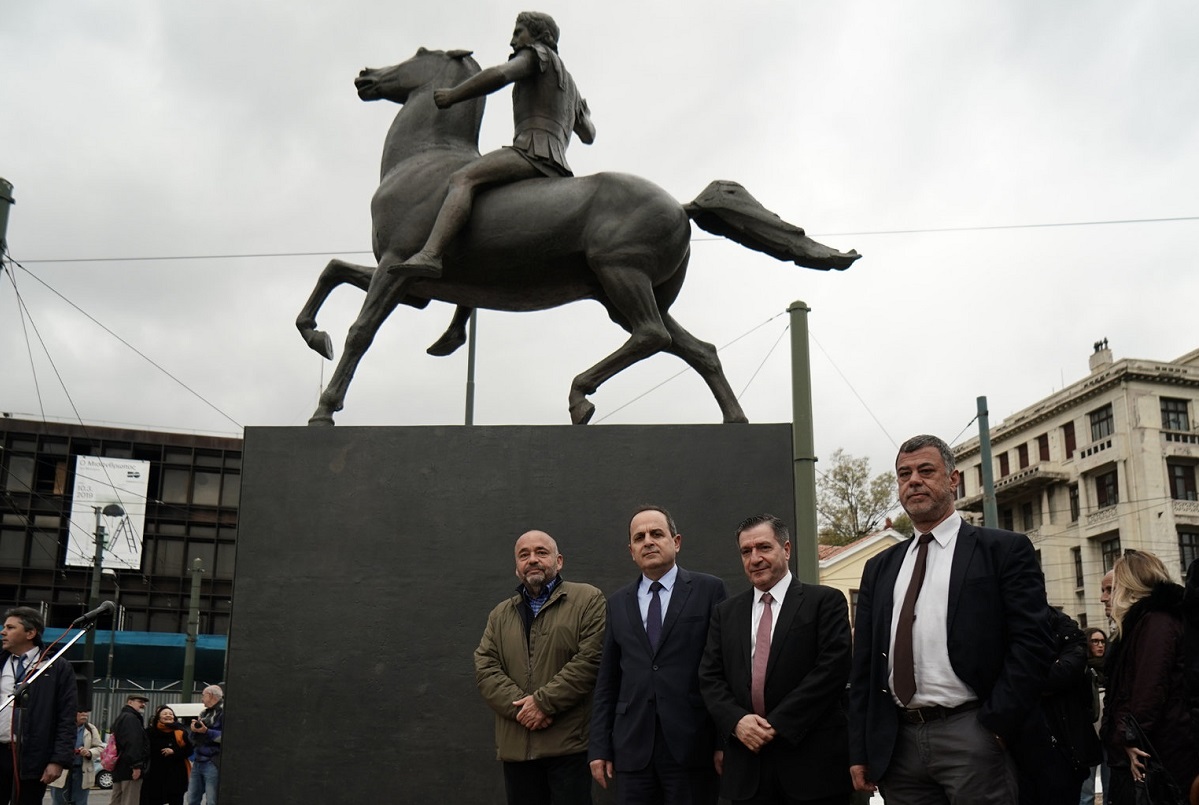 Erected on the corner of Vas. Olgas and Vas. Amalias avenues, the statue of Macedonian King Alexander the Great has been in the ownership of the Athens municipality for the past 23 years. 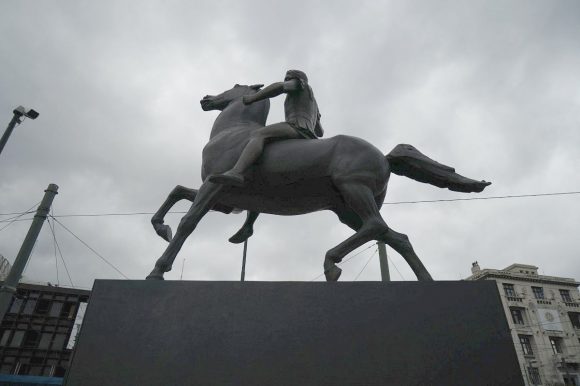 Completed in 1972 by late sculptor Yiannis Pappas (1913-2005), the statue of the Greek warrior king work went on display in the National Gallery in 1992, was then purchased in 2001 by the culture ministry and donated some 28 years ago to the Athens municipality.

The placement of the statue, which had been a subject of controversy over the years, culminating in the issue being tabled in parliament with accusations against the municipality that it had intentionally stalled the process, came to a close in 2015 following a decision by Kaminis.

“Today, 47 years after the completion of the project, and 15 years after my father’s death, the [statue’s] journey has ended,” said the artist’s son Alexandros Pappas during the unveiling ceremony.

According to media reports, the artist’s family covered the cost of the statue’s installation in central Athens.

Mayor Kaminis concluded that the municipal authority fulfilled its obligation while contributing to the cultural heritage of the city.