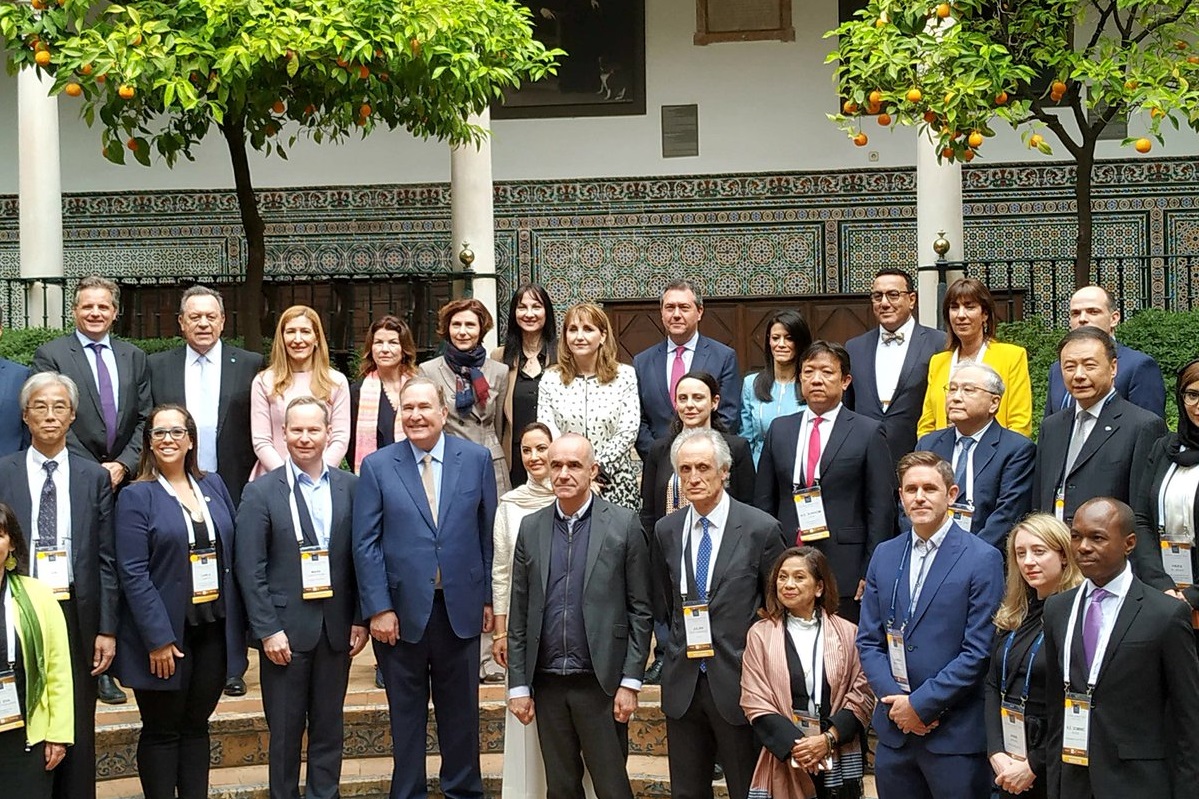 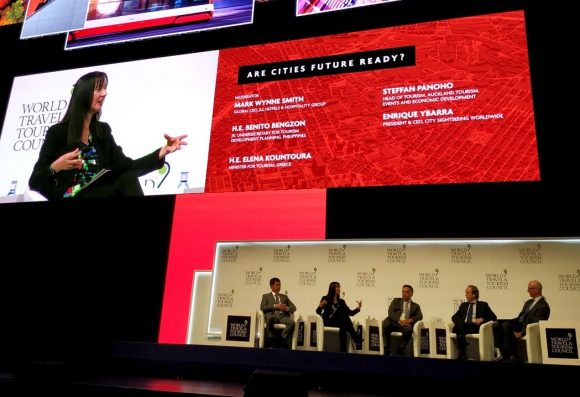 Speaking at the first Global Leaders Dialogue, Minister Kountoura underlined the importance of getting governments to recognize the value of tourism as a powerful driving force for economic growth that includes all productive sectors  and stakeholders and called on policymakers to put tourism high on their government agenda.

She underlined the significance of sustainable tourist destination development with emphasis on city tourism, and referred to the relationship between tourism and employment, stimulating  tourism investment and innovation.

Kountoura, who was awarded with the WTTC Global Champion Award for promoting pioneering public policies and initiatives that have increased the competitiveness of the Greek tourism sector, referred to the added value that tourism brings to national economies, its ever-increasing contribution to the country’s GDP and to employment levels. She went on to refer to the new opportunities and challenges posed by the boom in tourism in Greece, a result of a far-reaching four-year tourism strategy implemented by the Greek government. 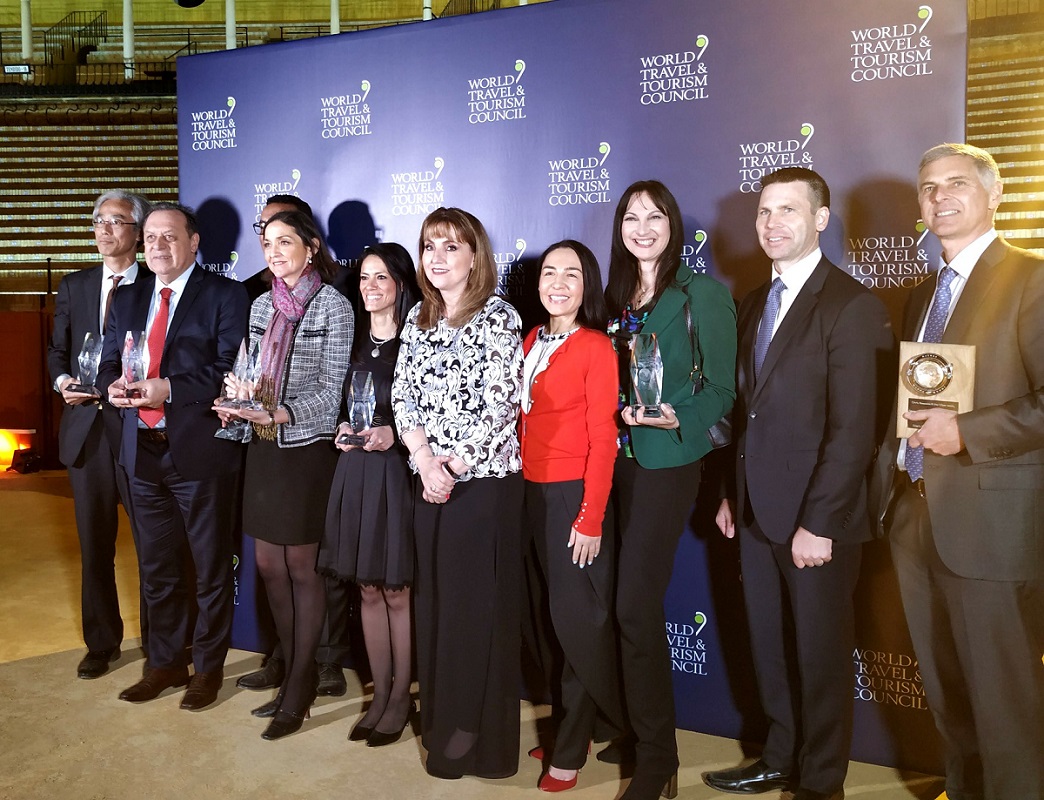 On the sidelines of the summit, Kountoura met her Bulgarian counterpart Nikolina Angelkova, and with Spain’s Secretary of State for Tourism (SETUR) Isabel Oliver as well as with international media.