Makedonia Airport’s most anticipated upgrade project, runway 10-28, is set to open to planes by year-end, after the Greek government handed over the project to airport operator Fraport.

The publicly-funded infrastructure project budgeted at over 300 million euros took some 13 years to complete due to extensive aviation authority inspections, system controls and integration with Fraport systems.

The new runway can handle all aircraft models as well as facilitate – together with a newly installed navigation system – airplane  landings in Thessaloniki in diverse weather conditions.

It should be noted that travelers to Thessaloniki have repeatedly faced delays or cancellations due to poor weather and lack of visibility. 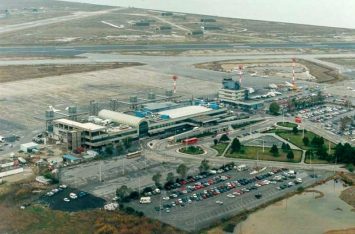 Fraport Greece has invested some 100 million euros in the expansion and overhaul of Makedonia Airport, which includes the construction of a new terminal, a fire safety station, and a biological wastewater treatment unit. Once completed, the airport is set to employ some 4,000 people.

In the meantime, German operator Fraport is aiming to have completed upgrade works at six regional airports in Greece – Aktion, Kefalonia, Mytilini, Rhodes, Samos, and Skiathos – from a 415-million-euro budget by the end of the year.