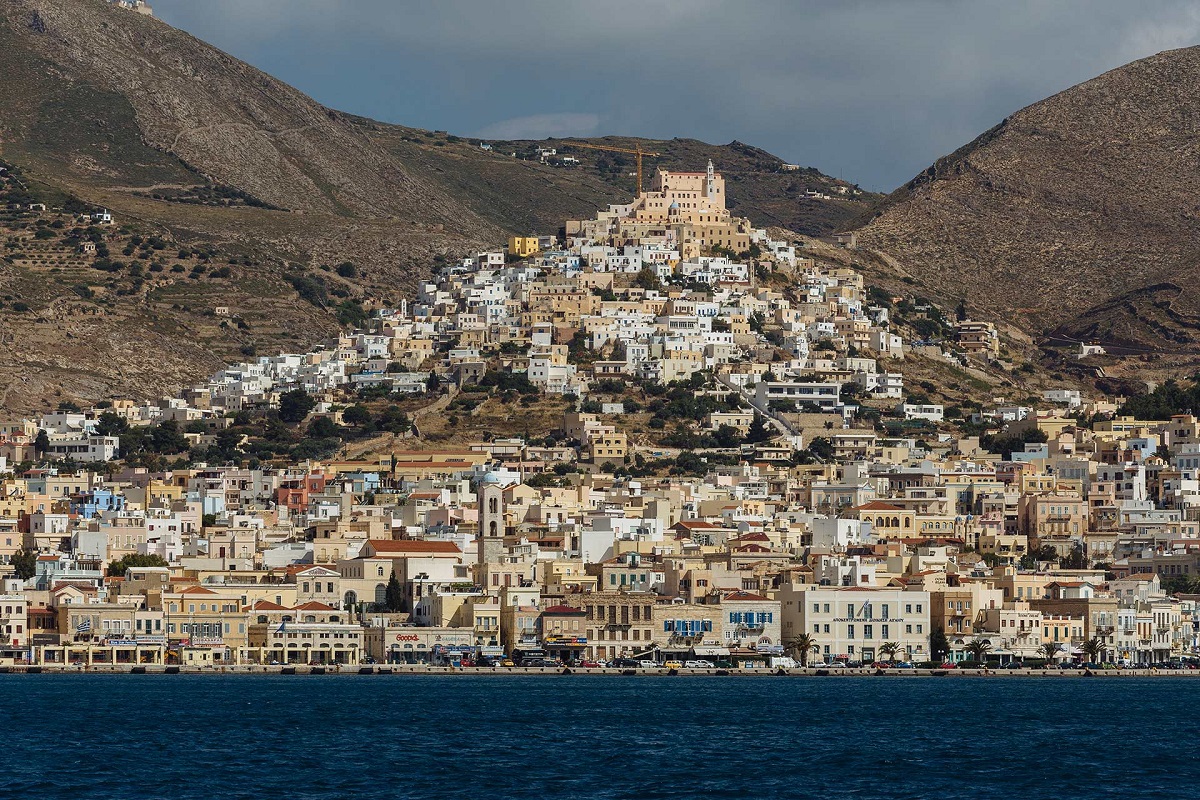 Increasing incoming tourism to Syros, diversifying its tourist product, promoting cultural tourism as well as reviving the island’s Nautical Week were on the agenda of talks between Tourism Minister Elena Kountoura and the island’s officials recently.

Kountoura met with Syros-Ermoupolis Mayor George Maragos, Municipal Port Fund President Dimitris Kosmas and the head of the island’s tourism service Mihalis Paravalos, with whom she discussed the 40 percent increase in tourist arrivals to the island over the last four years (30 percent rise in ferry arrivals and 10 percent rise in arrivals by air). 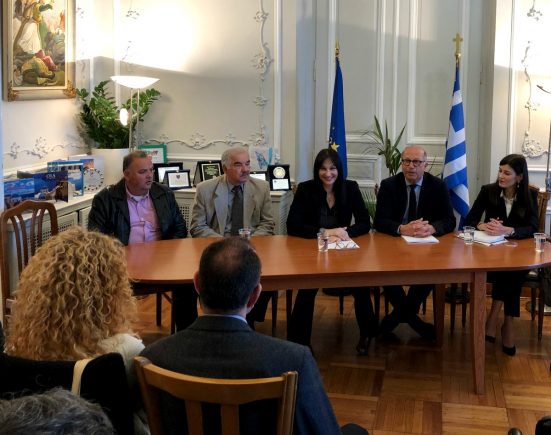 Greek Tourism Minister Elena Kountoura at the local office of the Region of the South Aegean on Syros.

The minister underlined tourism’s contribution to Greece’s economy, but also to the economy of the Cyclades island group, during the four-year period of 2015-2018, which led Greece to a strong growth course. She highlighted that Greece has made a “dynamic start” this year, with a 10 percent increase in international arrivals already recorded in the first two months of the year and a 53 percent increase in tourism revenue in January alone, compared to the same month in 2018.

Moreover, the minister discussed efforts to extend the island’s tourism season through the introduction of alternative tourism products with emphasis on sports tourism, such as the AegeanBall Festival, as well as moving ahead with the much-needed upgrade of Syros’ port – budgeted at 1.25 million euros. 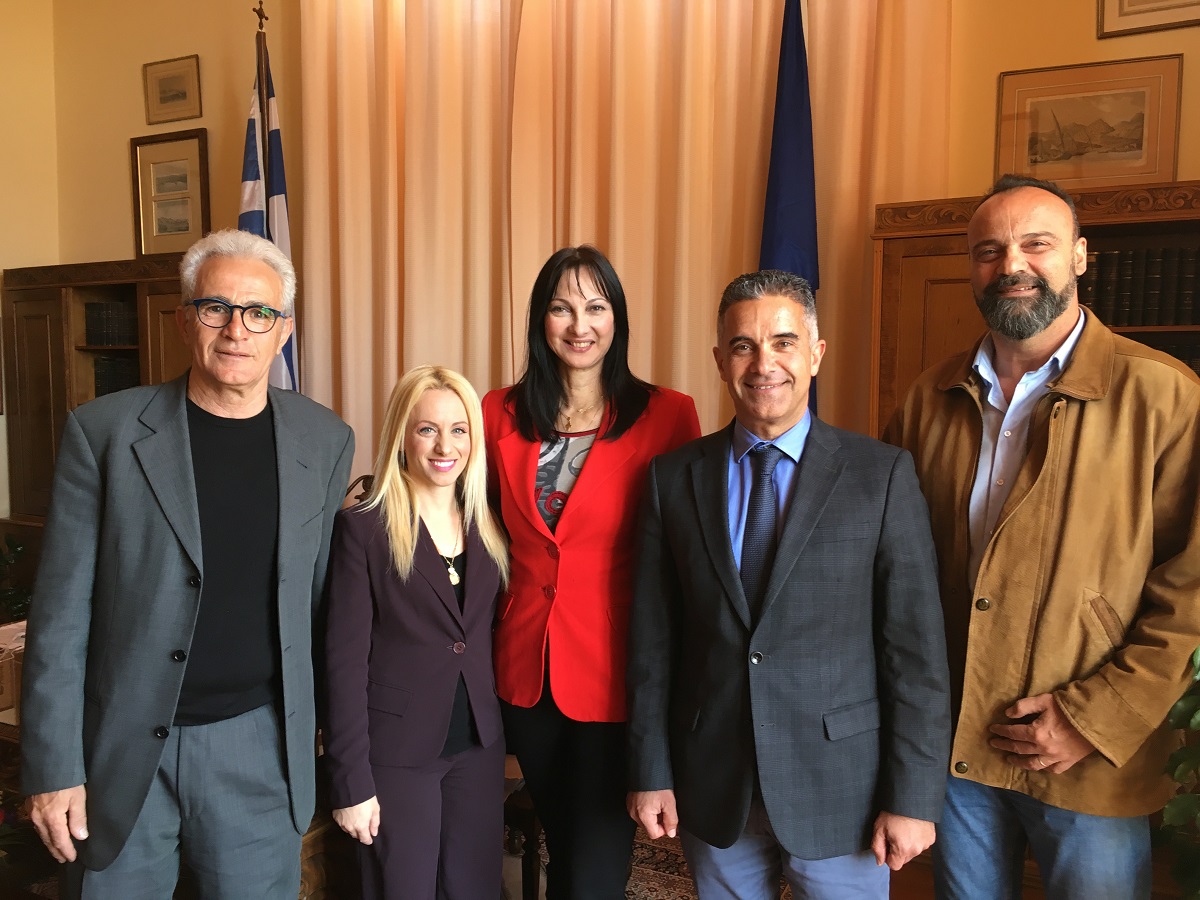 Kountoura agreed to promote the island’s cultural program on her international trips and invited local authorities to submit ideas to the ministry for unique island tourism products which could be further developed. 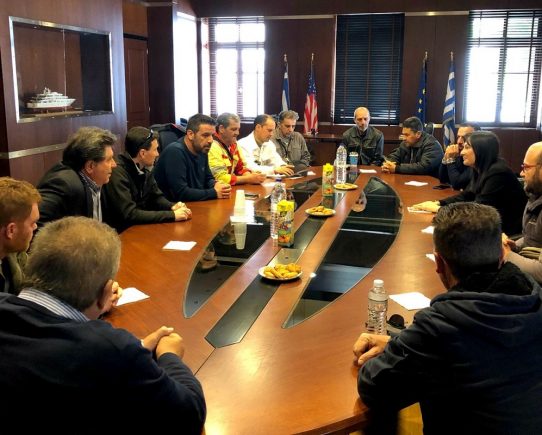 Elena Kountoura met with executives and employees of the Norion Shipyard.

The minister also met with Cyclades Deputy Regional Governor Georgios Leontaritis and with the organizing committee for the revival of the Syros Nautical Week, which she said would go under the auspices of the Greek National Tourism Organization (GNTO) and be promoted during the upcoming Posidonia 2019 to be held in May.

Home to the Neorion Shipyard, Syros was a leading industry in the 1800s onward constructing ships and boats for use during the Greek Revolution in 1821 and then supplying the modern Greek state with ships and vessels.

In addition to ship building, Neorion produced boilers, pumps, heavy cannons, and steam engines, one of which was exhibited at the International Exhibition in Paris in 1878. Through to the 19th century, Neorion had grown into one of Greece’s most important industries.

Organizers of the Syros Nautical Week aim through events to showcase the island’s leading role in Greece’s maritime history.