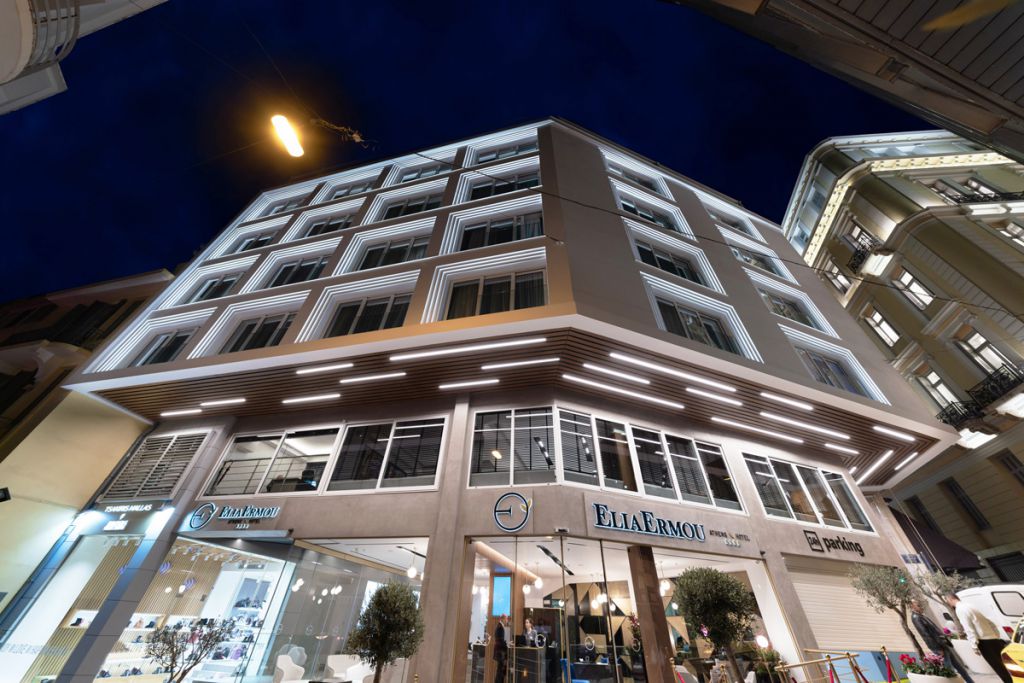 The newly built Elia Ermou Athens Hotel, located in the center of the Greek capital, recently celebrated its official opening with a grand party, in the presence of its shareholders, senior executives, partners and friends. 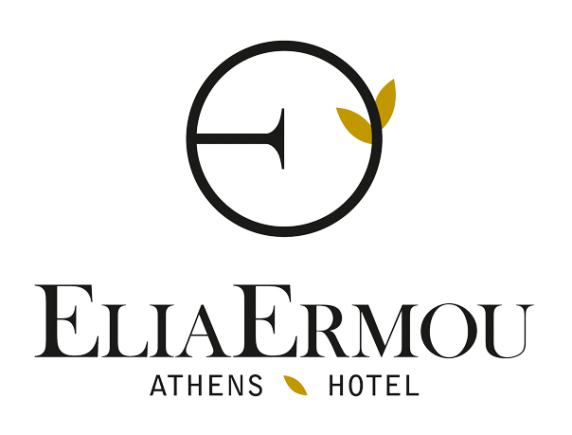 The four-star hotel opened its doors in December 2018, on Ermou street, right in the heart of Athens’ commercial center and near landmark sites, such as the Acropolis and the Hellenic Parliament.

An investment of 10 million euros, the hotel is owned by Greek entrepreneurs Nikolaos Kalamaras, Georgios Kantilierakis and Anastasios Eleftheriadis. 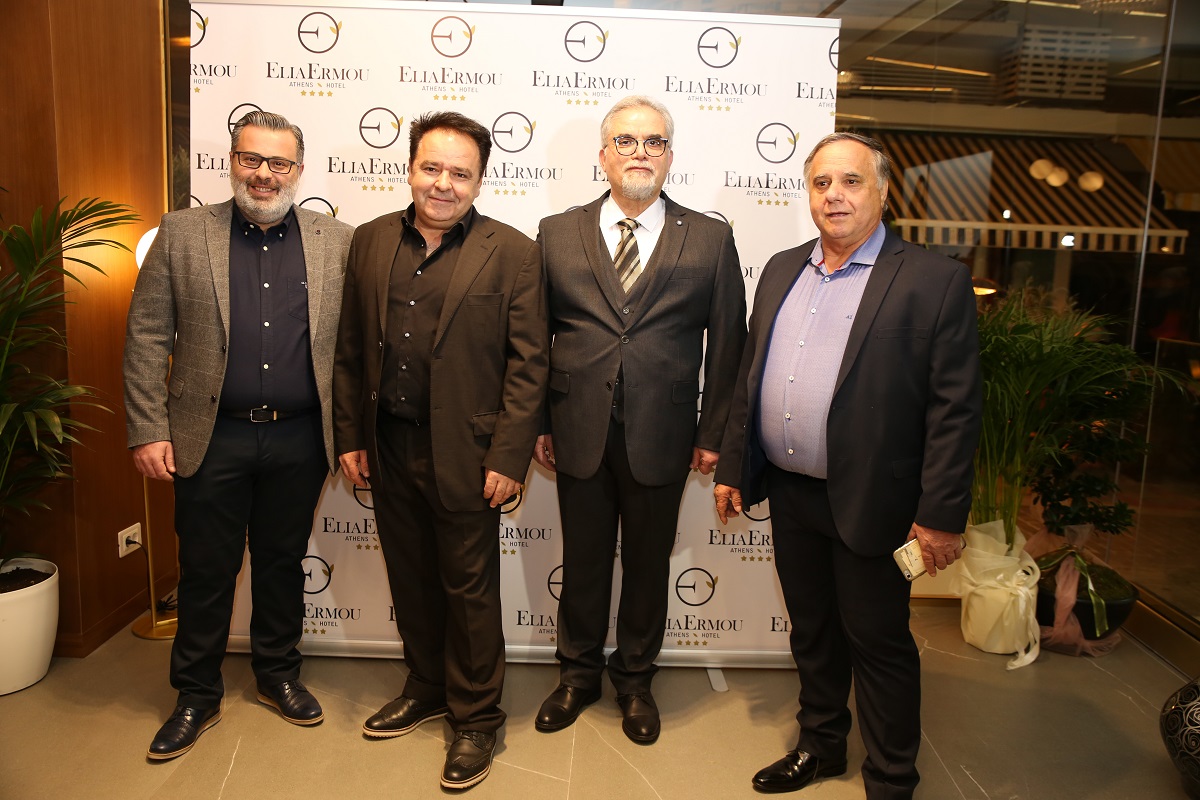 During the opening ceremony, the Archbishop of Athens and All Greece, Ieronymos, blessed the premises, while the hotel’s general manager Georgios Louis welcomed the guests.

As he said, with the selection of modern materials, the hotel’s shareholders aim to ensure the exceptional stay of its guests. 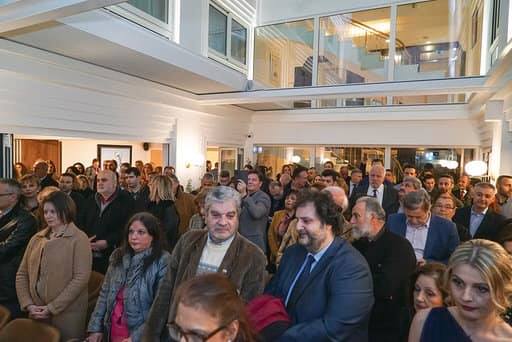 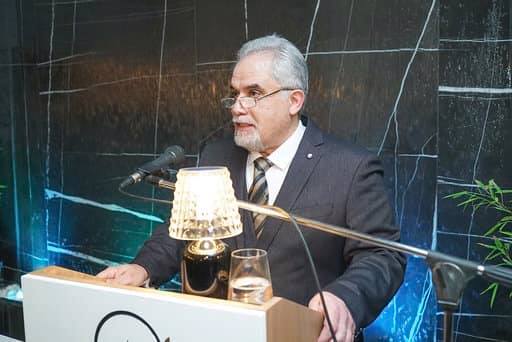 The Elia Ermou Athens features 123 rooms and nine suites –  many overlooking the Acropolis – with state-of-the-art technology amenities including wifi, and private jacuzzis.

The hotel’s facilities also include an ultra-modern spa with a cryosaouna, gym, a hair and a nail salon. 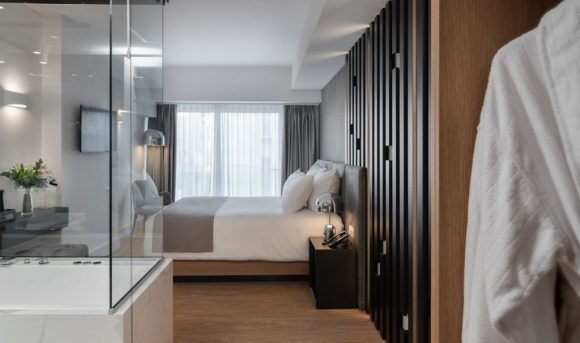 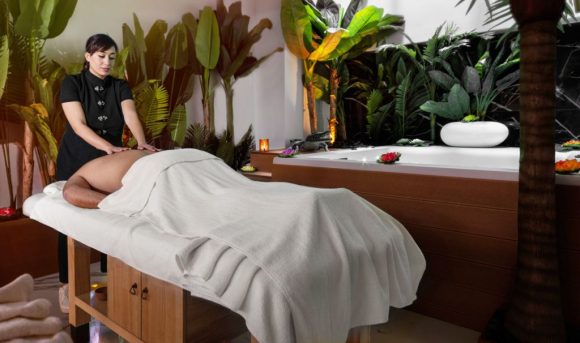 Furthermore, the Athens View Balcon restaurant and all-day bar on the top floor offers a stunning view of the Acropolis and the Lycabettus hill. 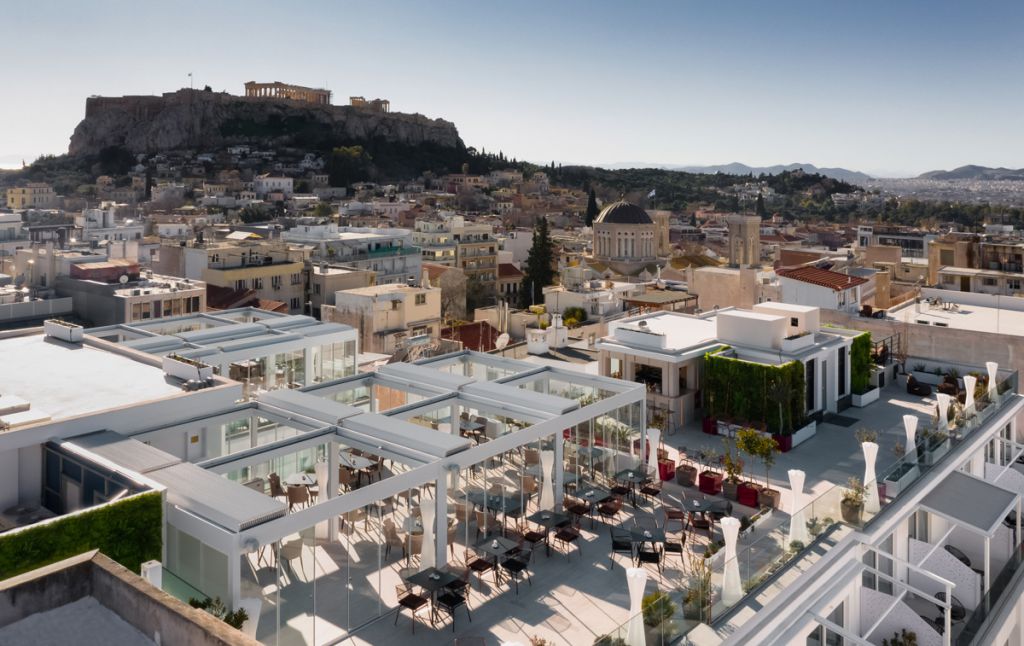 The hotel also operates a patio bar and the Elia Bistro; parking spaces available in the building and three mutlifuncational halls with natural lighting.