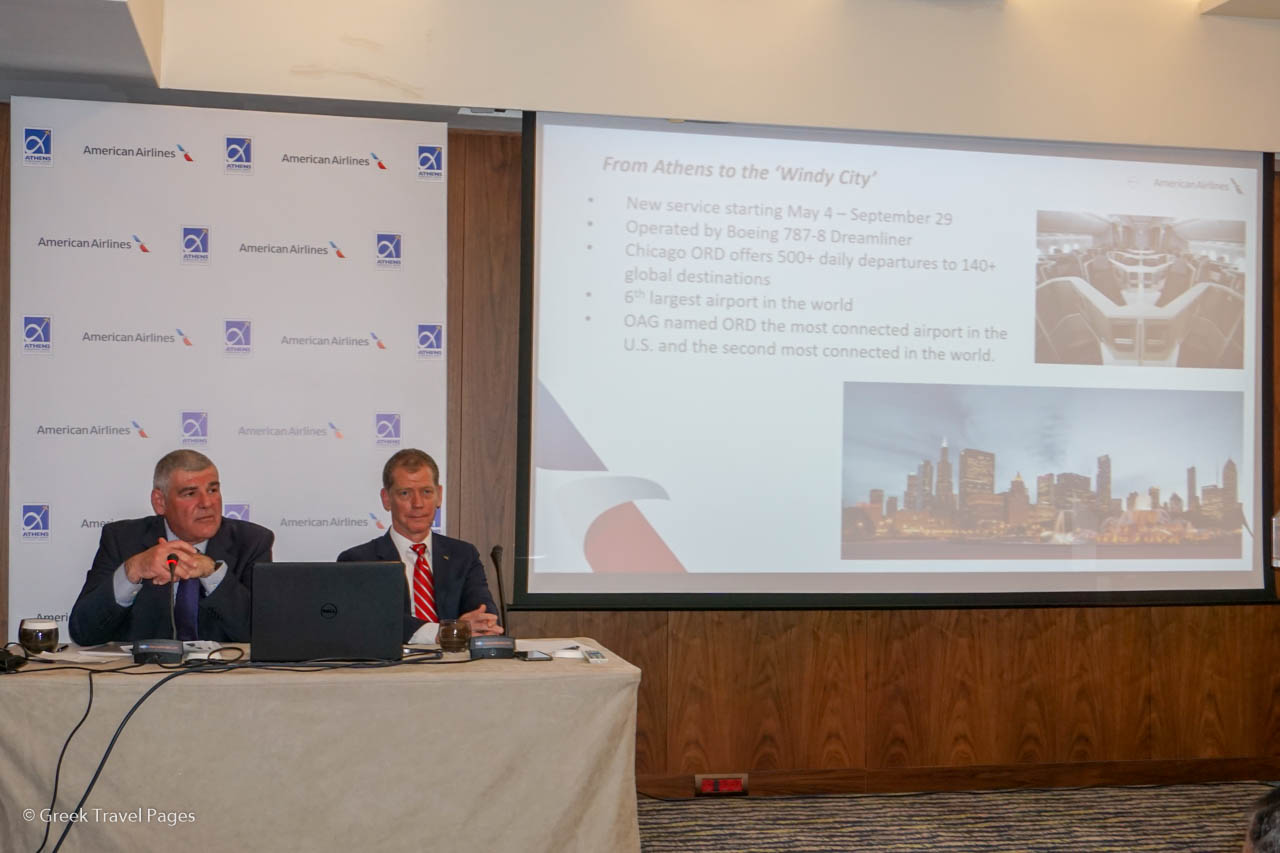 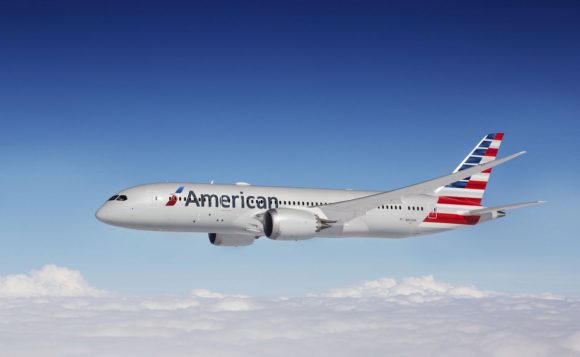 This will be American Airlines’ second connection with Athens, Greece, as it already operates the seasonal Philadelphia – Athens route since 2007.

As announced during a press conference on Thursday, the summer seasonal flight will operate as of May 4 until September 29 and will be flown on the airline’s state-of-the-art Boeing 787-8 aircraft.

“American’s Philadelphia – Athens route is a very strong route and when the airline begins its new service to Chicago, it will be flying to two destinations from the Greek capital, offering a double daily service,” said Ioanna Papadopoulou, Director, Communications & Marketing of AIA. 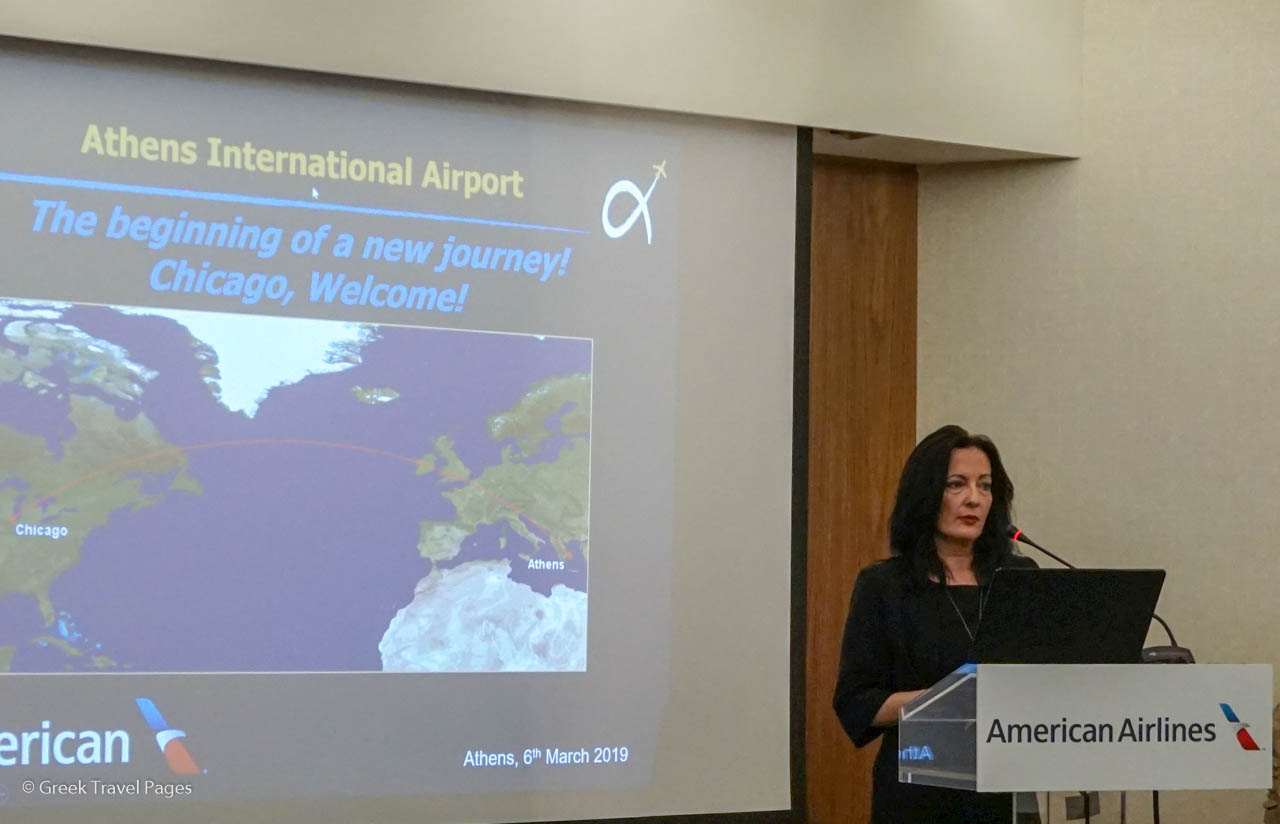 According to American Airlines Sales Manager, Southeast Europe, Angelo Camilletti, the important element is the investment American Airlines is making to the Greek market. “Because we are boosting our capacity from 291 seats (seats available on the Airbus 330) to 525 daily seats, one-way, which means that we are increasing our capacity in 2019 by 80 percent for the Greek market,” Camilletti said. 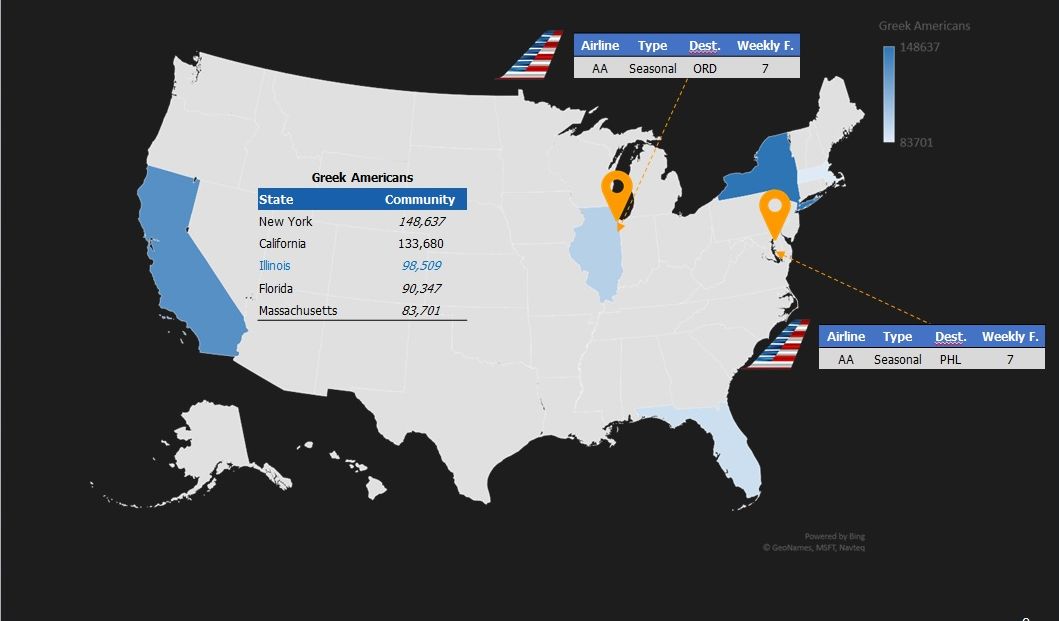 The Athens – Chicago route is expected to be well-received by the Greek American community generally in the US but especially in Chicago, Illinois, which is home to the third largest community of Greek Americans in the country after New York and California. 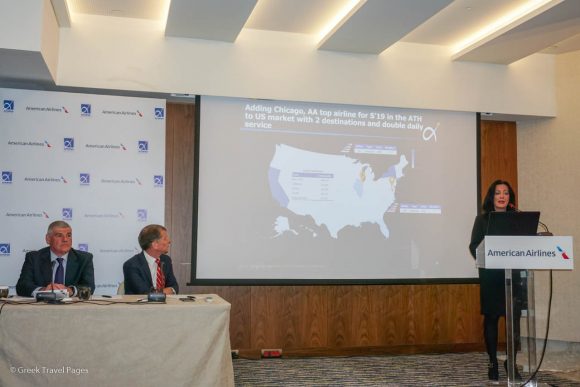 “We are aiming to see a ‘stimulation of demand’ from the Greek American community due to the fact that this is a direct service and for passenger numbers to increase significantly,” AIA’s Papadopoulou said.

The Athens – Chicago will offer Greeks the chance to experience the bustling city of Chicago, famous for its architectural skyscrapers and vibrant arts, culture, food and shopping scene. For passengers that wish to continue their onward journey, American offers more than 500 daily departures from O’Hare to destinations across North America, the Caribbean and Latin America. 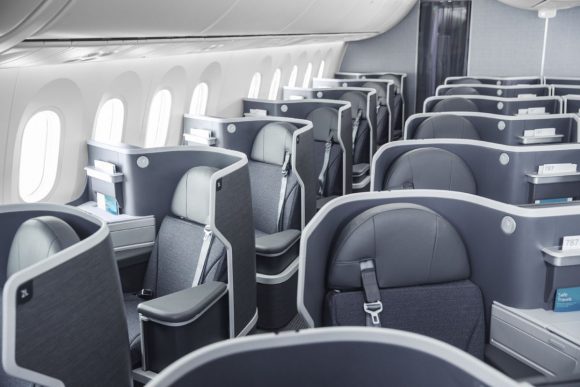 Customers traveling from Athens to ORD can choose from 20 Flagship Business seats featuring direct aisle access, lie-flat seats complemented by a range of exclusively designed bedding by sleep experts Casper and chef inspired menus. The aircraft will also offer 28 Premium Economy seats. In the Main Cabin there are 186 seats, 48 of those are ‘Main Cabin Extra’ and include additional legroom. Across all cabins, customers can access inflight Wi-Fi, personal inflight entertainment and complimentary beer and wine.

American has hubs in Charlotte, Chicago, Dallas/Fort Worth, Los Angeles, Miami, New York, Philadelphia, Phoenix, and Washington, D.C. and is a founding member of the oneworld® alliance.

Following its merge with US Airways in October 2015, American Airlines is now the largest airline in the world. 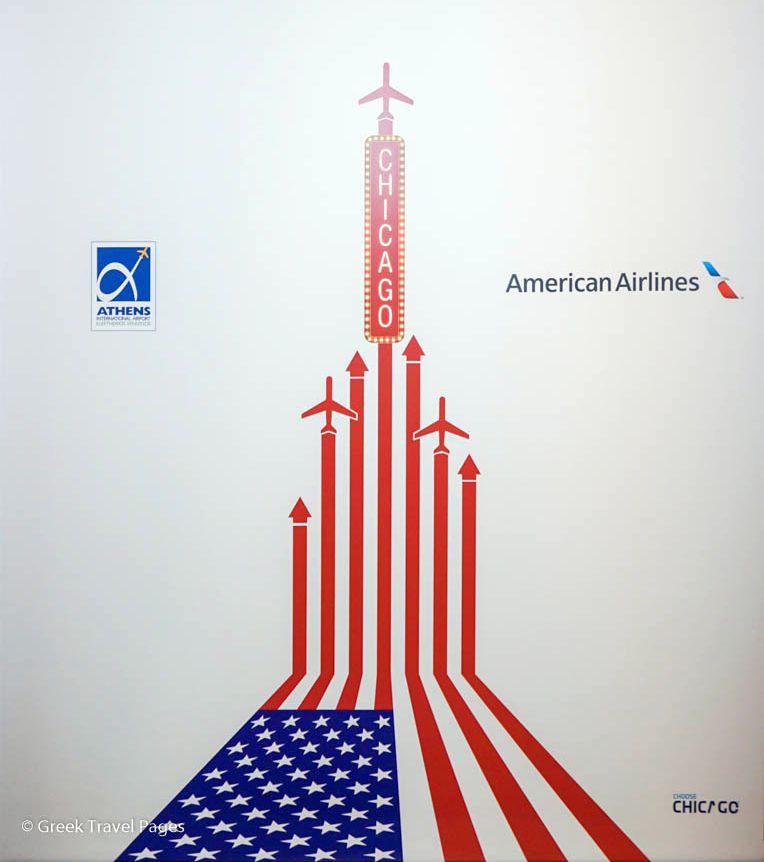