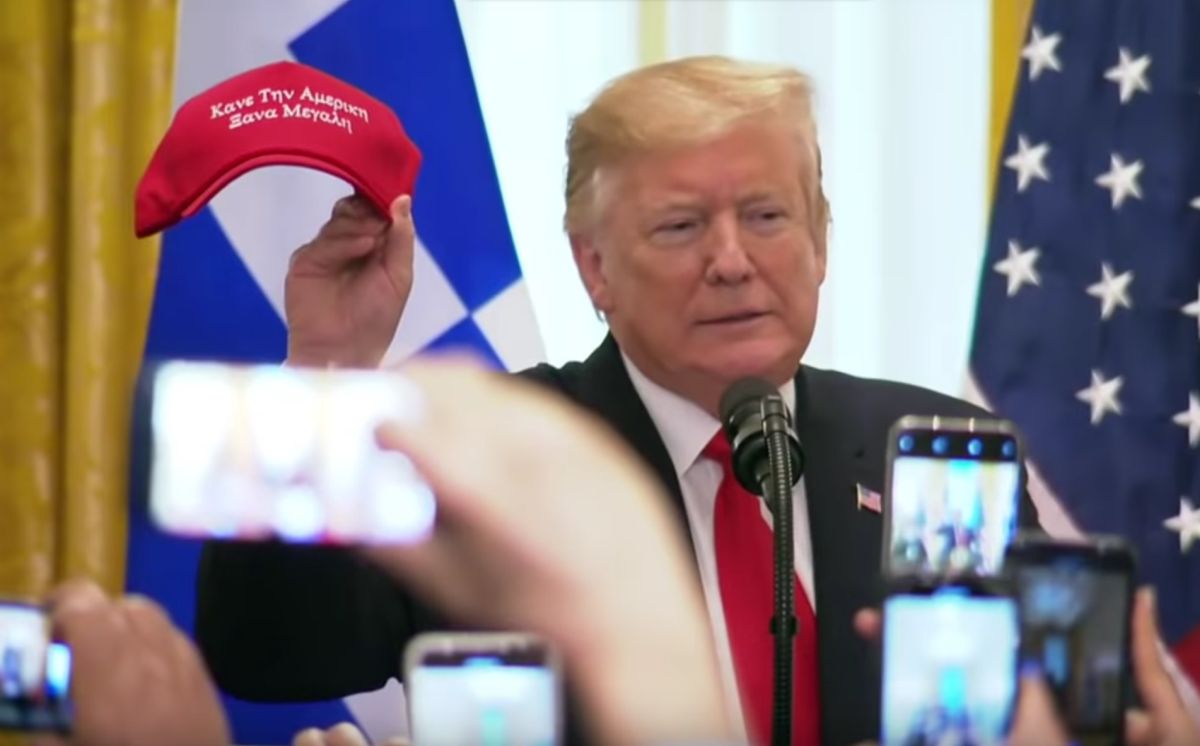 US President Donald Trump holding a red hat with the phrase, “Make America Great Again” in the Greek language.

“The United States – and all of Western civilization – has been profoundly shaped by the extraordinary achievements of the Greek people,” said US President Donald Trump during a special event this week at the White House ahead of Greek Independence Day on March 25. 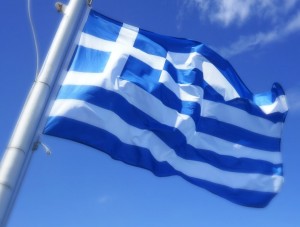 Speaking to guests from the Greek diaspora as well as officials from Greece, Trump referred both to Greece’s efforts to recover after the crisis as well as to Greek-Americans who “have made lasting contributions to every arena of American life – in business, science, education, music, religion, and sports”.

According to the White House proclamation for Greek Independence Day: “Our Greek-American partnership is robust and gaining momentum. The inaugural United States‑Greece Strategic Dialogue, held last December, and the United States‑Greece Commercial Dialogue, held last September, highlighted the strength of the bilateral relationship and bolstered confidence in Greece as a regional leader.”

Among the traits Trump recognizes in the Greek people are dedication, commitment and hard work. 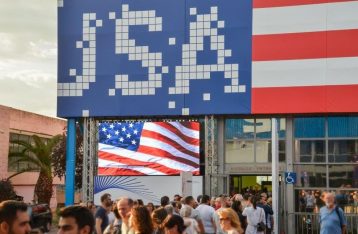 “You have devoted your lives to your families, your communities, and to our country.  Through your grit and your drive, and your will to succeed – you are very, very competitive people… You don’t ever give up,” he said.

The president made an upbeat comment during the event after being given a red hat. “So we were just given this great hat. You know what that says? Huh? “Make Greece Great Again.”, Trump said, extending his renowned campaign slogan “Make America Great Again”.

It should be noted, that Greek-US ties have been particularly strengthened over the last few years, as demonstrated by the large participation of American companies at last year’s Thessaloniki International Fair, where the US was the honored country.

Athens Airport Applauds Airlines for their Development in 2018