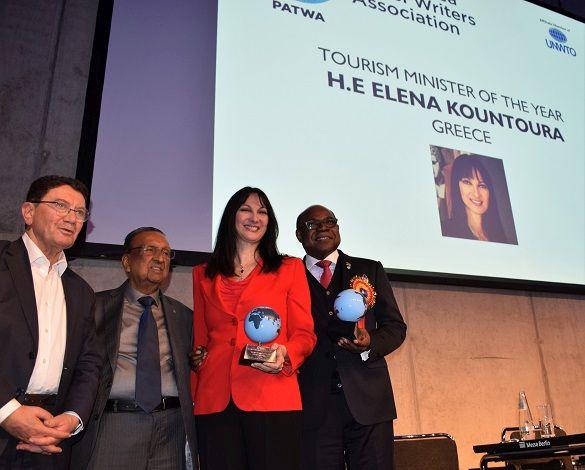 PATWA (Pacific Area Travel Writers Association) is a professional organisation of travel writers which was founded in 1998. The PATWA International Travel Awards have an earned a reputation as one of the most coveted and sought after awards of the travel trade. 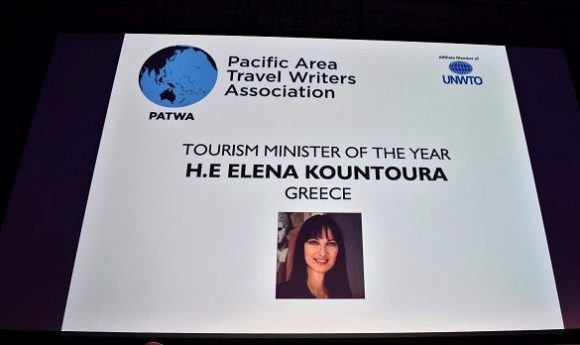 Greece was a first-time candidate and came out a winner with a total of three awards.

PATWA honored Minister Kountoura with its highest distinction that of “Best Tourism Minister Worldwide” for her efforts in Greece’s tourism sector.

The Greek minister received the award from the former Secretary General of the United Nations World Tourism Organization (UNWTO), Taleb Rifai, who spoke highly of her work and the great successes of her ministry’s strategy over the past four years, which has given Greek tourism successive historical records. 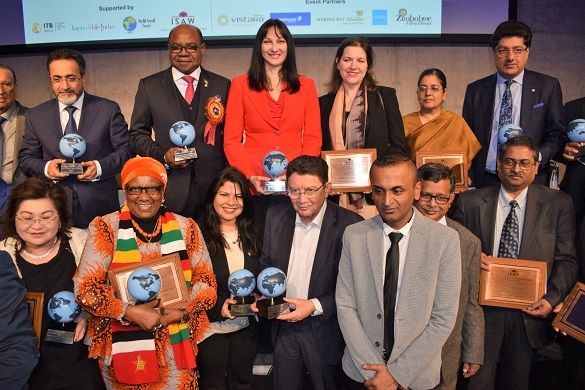 In addition, on the sidelines of PATWA’s awards ceremony and on the occasion of International Women’s Day (March 8), Minister Kountoura received the “Woman Achiever of the Year” award by the Institute of South Asian Women (ISAW). The minister received the award as a leading woman-leader in the development of global tourism and for her intense social action on women and children.

Earlier, the Greek minister was honored for Greece’s tourism strategy and resilience at the 4th edition of the International Institute for Peace – India’s Global Awards for Empowered Women in Tourism – “Celebrating Her,” launched by the institute’s India chapter (IIPT India).