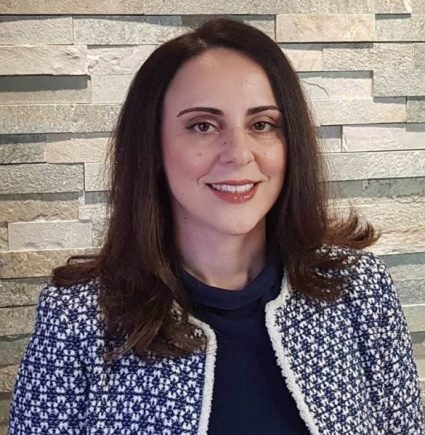 Georgia Karastathi has been appointed as the new Secretary General of the Greek Tourism Ministry, according to an announcement on Tuesday.

She was born in Lamia, Fthiotida.

An attorney to the Supreme Court of Greece (Areios Pagos), Georgia has graduated from the Law School of the National and Kapodistrian University of Athens with a Master of Laws (LLM) focused on European Law from the Democritus University of Thrace.

She runs her own law firm and is skilled in civil law, family law and commercial law and has been a legal adviser and a representative to both individuals and legal entities in the private and public sectors.

In addition, Georgia has considerable legal expertise in the hospitality and tourism sector and has been offering legal services to hotels, tourism enterprises, business groups and tour operators.

From September 2016 until now, she has been a legal adviser to the Tourism Minister Elena Kountoura and has participated in working groups on the evaluation, revision and codification of legislation in various areas of national law.

Greece to Introduce its Accessible Tourism Side