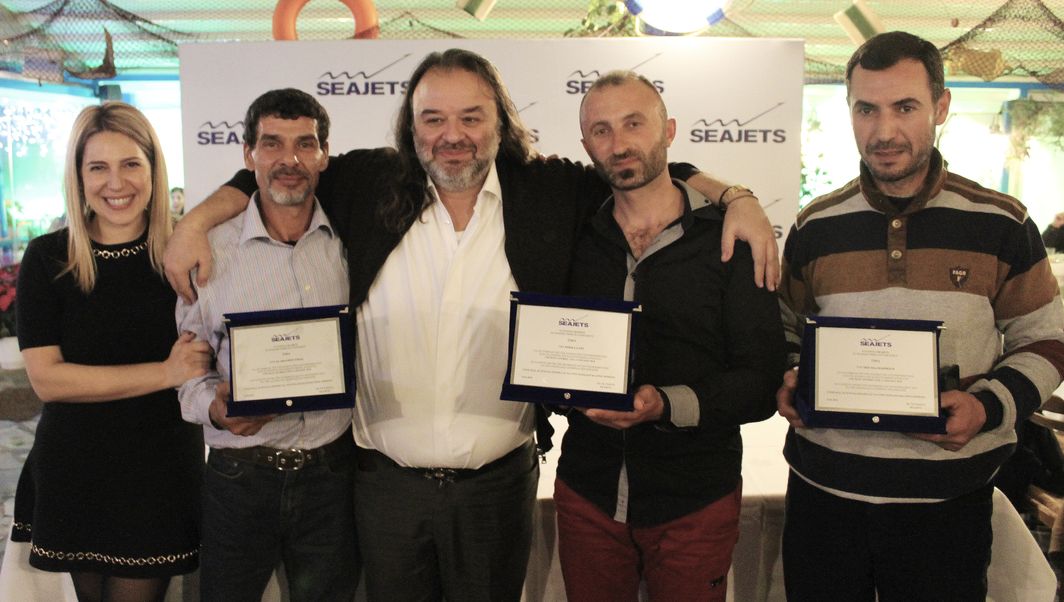 Seajet’s Marios Iliopoulos with the fishermen that participated in the rescue operations during the wildfires of July 23, 2018, in Mati.

The wildfire broke out on July 23 and ravaged the Northeastern Attica coastline, claiming 100 lives, while leaving hundreds of people injured and dozens missing.

Crew members of the 1,800-capacity Tera Jet were among the first to contribute to the search efforts, rescuing people who had jumped into the sea to save themselves from the approaching blaze. 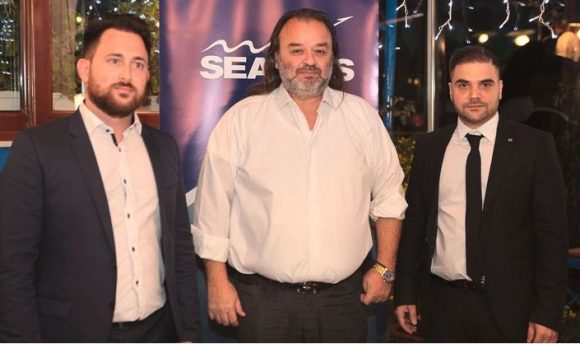 Marios Iliopoulos with members of the Tera Jet crew.

“Our response and contribution to dealing with the consequences of the disaster was instinctive and immediate,” Seajets Head of Strategic Planning and Development Marios Iliopoulos said during an event held at a restaurant near Mati, in the presence of  Tera Jet’s crew, as well as state officials.

“Today, we honor and award these people for their altruism, as they contributed to the difficult rescue operations under severe weather conditions… Furthermore, we will continue be on the side of the wildfire victims until ashes turn to smiles and flowers,” he added. 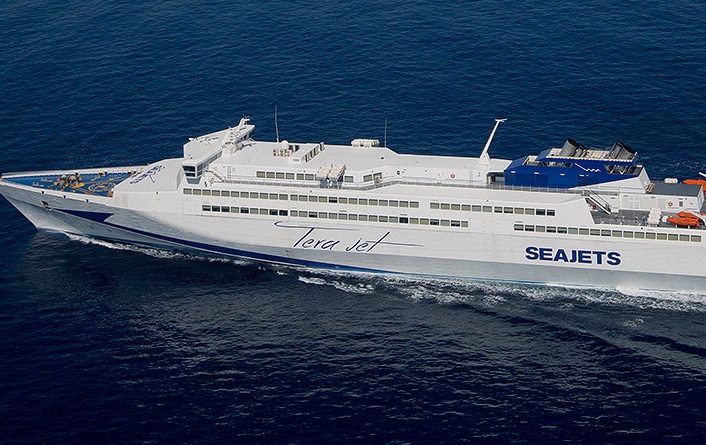 Seajet’s vision and mission is to offer prime services to its passengers, and support local societies through a number of initiatives – social, educational and environmental.

The company has actively supported the victims of the deadly fires, by offering 10 percent of the total fare on each ticket booked for the Tera Jet ferry. The total amount collected will go towards the reconstruction of destroyed homes in the area.