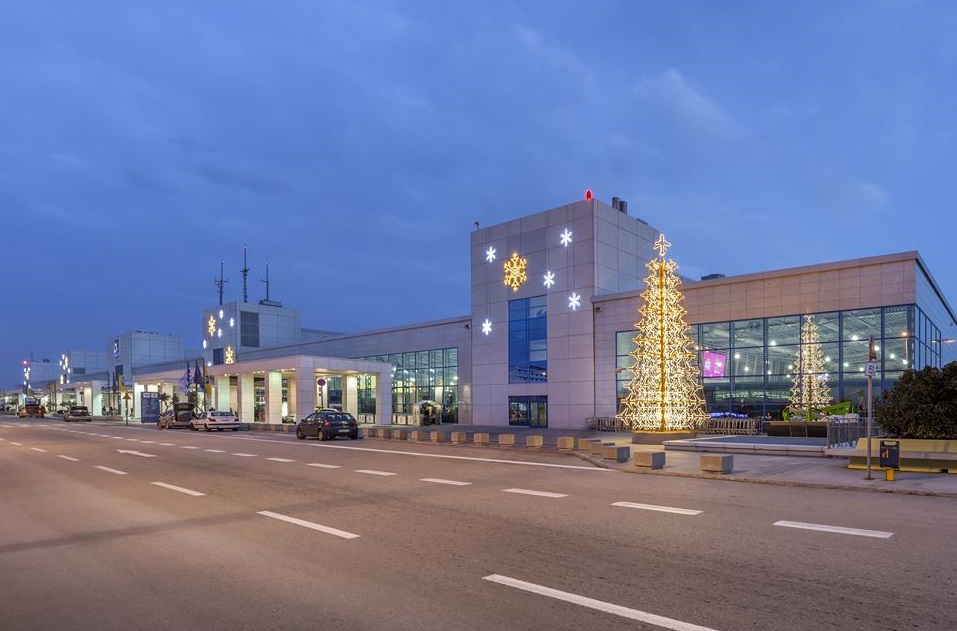 A few days prior to the end of 2018, Athens International Airport’s (AIA) “Fly me to the Moon – Sounds Greek to me” program is reaching its fourth and final destination by taking passengers and visitors on a journey to the Greek northern town of Kozani. 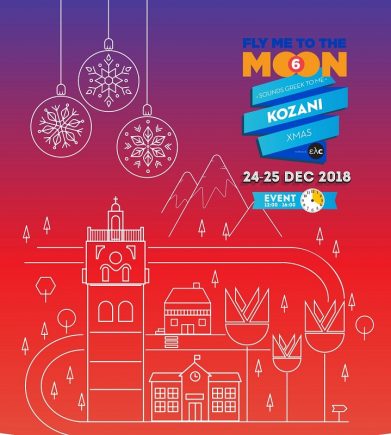 Now in its 6th season, the program is honoring Greek destinations by promoting their natural beauties, multicultural identity, gastronomy and customs. Other areas presented in 2018 included mainland Greece, Chania on Crete and Epirus.

Travelers and visitors, who pass by the Athens Airport on December 24 and 25, will have the opportunity to experience the Momoeria, a Christmas and New Year celebration that takes place in the area of Kozani, which in 2016 was inscribed on UNESCO’s Intangible Cultural Heritage of Humanity list.

The Momoeria dancers represent the priests of Momos, the god of laughter and satire, or commanders of Alexander the Great wearing helmets, pleated skirts and traditional shoes and brandishing sticks to convince the powers of nature not to endanger the livelihood of villagers.

On December 24, during the revival of the custom at Athens Airport, musicians and dancers will gather around a young bride – the symbol of land fertility – as two men, an old and a young, fight to conquer her. The victory of the youngest will symbolize the beginning of the new year.

A photo exhibition featuring the city of Kozani will be open during the two-day celebrations, while special traditional dishes of Kozani and Pontus will be served.

All “Fly me to the Moon” events take place at the airport’s Departures  – Entrance 3 area, between 12pm and 4pm.

The program is held by AIA in collaboration with cultural platform, ελculture.