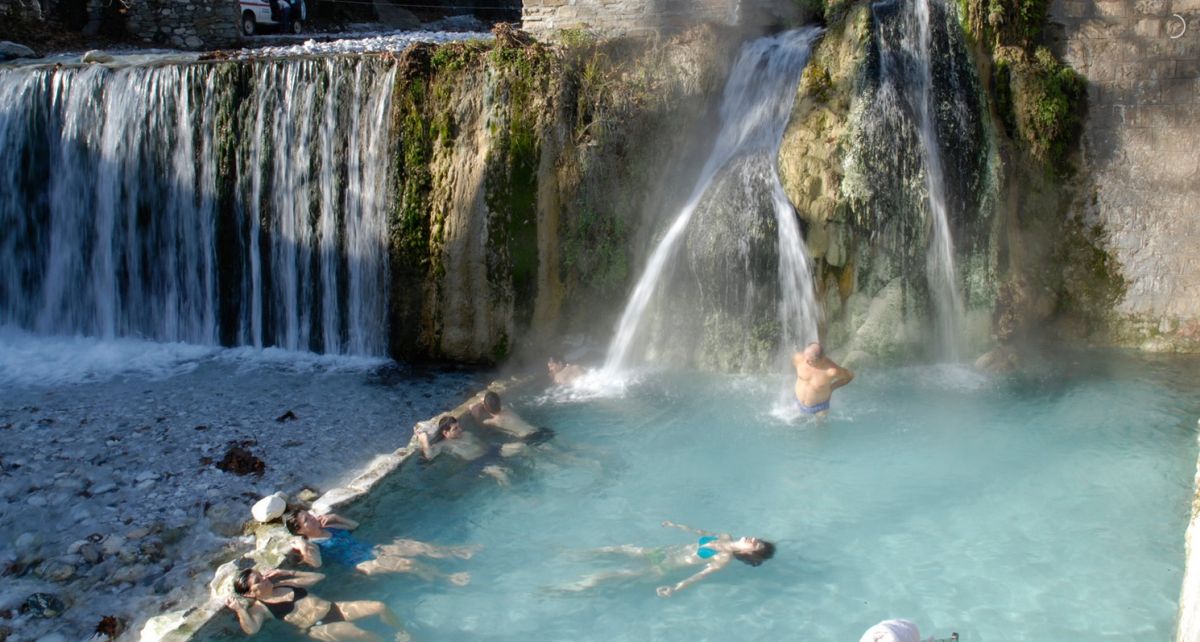 Loutra Pozar, a modern spa health resort in the north of Greece, located in the western part of the municipality of Almopia.

Great prospects have opened for Greece in the field of thermal tourism, following the new bill that covers thematic and special interest tourism, which was recently voted in parliament, according to the president of the European Historic Thermal Towns Association (EHTTA), Giuseppe Bellandi.

EHTTA is the organization responsible for the management of the European cultural route of historic thermal towns and counts three Greek member thermal destinations (Krinides-Kavala, Loutra Pozar and Loutraki). The Hellenic Association of Municipalities with Thermal Springs is an associate member of EHTTA.

Speaking on Saturday during a special event of the Greek Tourism Ministry on thermal tourism in Athens, Bellandi welcomed the ministry’s legislative initiatives to capitalize on Greece’s untapped heath resources and underlined that the new bill can pave the way for new investment in thermal tourism. 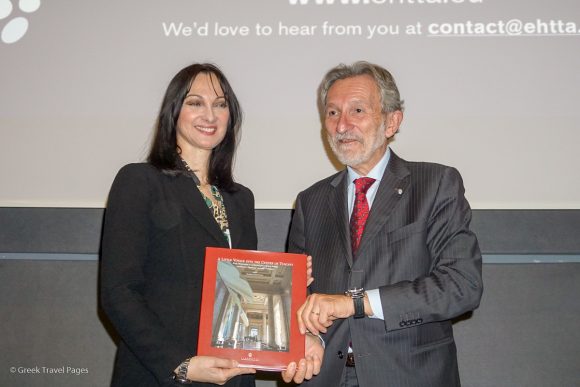 “I am aware that thermalism and health tourism are among the priorities of the strategic development in Greece,” Bellandi said, adding that Greece leads the way internationally in regards to the amount, quality and quantity of all water springs.

EHTTA’s president underlined that the main goals of the association are to create a strong network of partnerships between towns and spas; to promote the network of thermal destinations on a European level and achieve support for European programs; and to promote analytics and statistics within the spa industry.

“Greece plays an important role to support our network in terms of lobbying and in exchange of good practices,” he said.

Bellandi also announced that EHTTA’s next general assembly will take place in Loutra Pozar in northern Greece in March 2019. 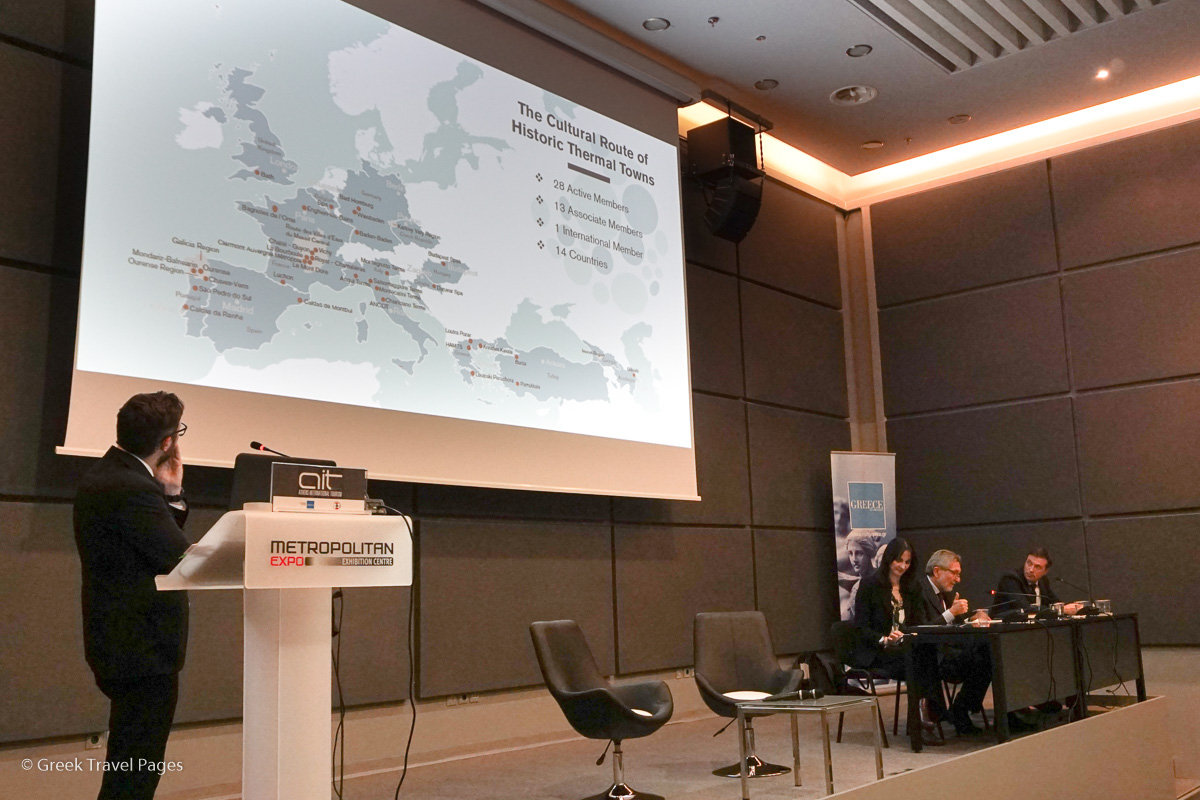 On her part, Greek Tourism Minister Elena Kountoura presented the ministry’s strategy for the development of thermal tourism, as a part of health tourism, in Greece in the coming years.

“The development of health tourism has been a strategic choice and one of our priorities in our national and regional tourism policy,” Minister Kountoura said.

Loutraki Thermal Spa, located in the seaside town of Loutraki, by the Corinth Canal.

The new legislation sees to the creation of a registry of available health tourism services in the country that will be available to visitors. Also, the registry will provide reliable and secure information on the country’s legally functioning primary and / or secondary health care facilities.

Moreover, the new framework also clarifies the role of the Ministry of Health in the sector. It now has become mandatory for counseling/first aid offices or health tourism offices to be included within spa treatment centers, health tourism centers and thalassotherapy centers. These offices will be integrated into primary health care. 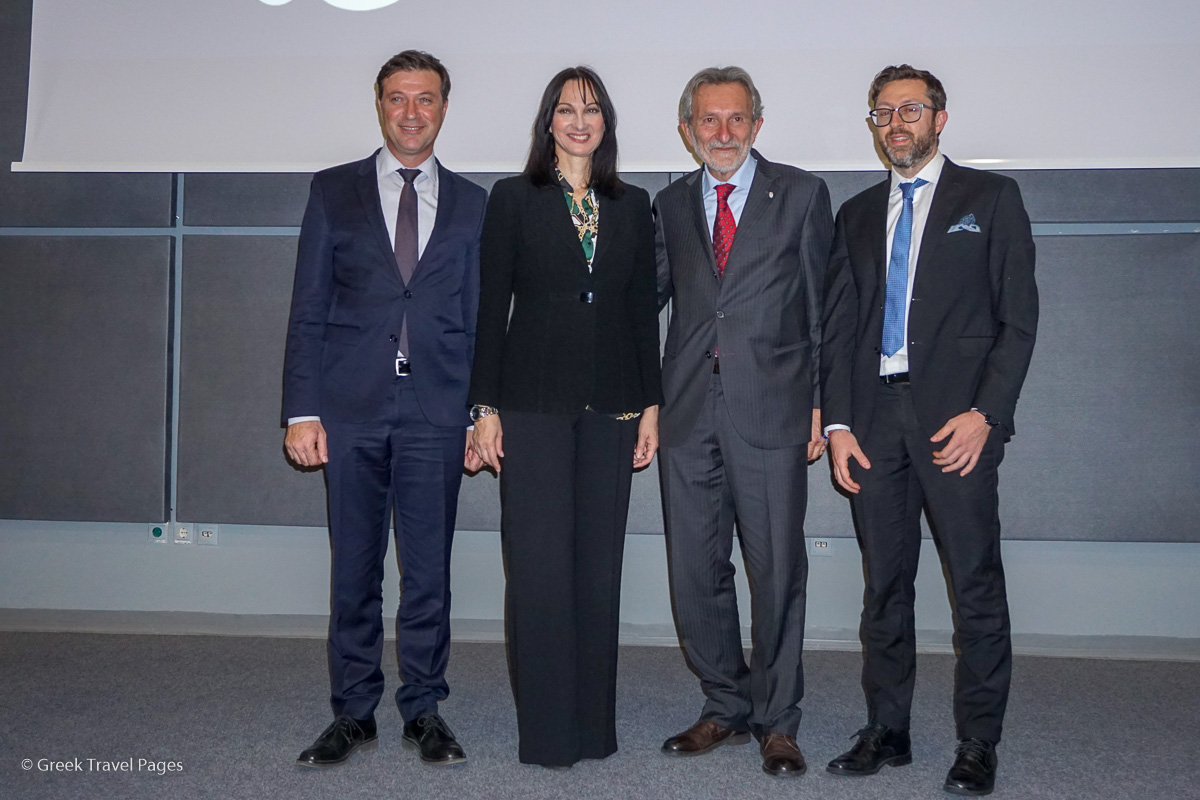 “With this innovative framework for special forms of tourism, we have pushed for the necessary arrangements that greatly enhance medical, health, thermal and wellness tourism, to enrich our tourism offer and our international competitive position,” Minister Kountoura said. 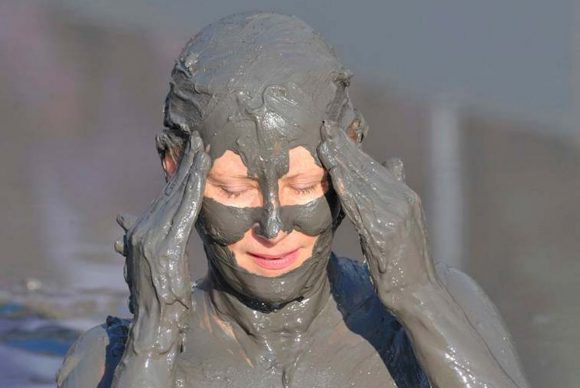 Krinides in Kavala, northern Greece, is famous for its therapeutical muds.

Prior to the voting of the new bill on thematic and special interest tourism, for the last three years the ministry had already made efforts to further develop health and thermal tourism and facilitate potential investment in thermal tourism.

Interventions included the setting up of a committee for the protection of thermal natural resources, which assisted to a faster certification process of thermal springs.

Until now, 54 thermal springs in Greece have received certification, while another 70 are in the process, expected to be completed in early 2019.

The secretary general of the Hellenic Association of Municipalities with Thermal Springs, Markos Danas, applauded the new framework for thematic tourism in Greece, underlining that it has done away with obstacles that hindered the development of thermal tourism in Greece. During the event, he presented the benefits that can arise for local municipal authorities through the tourism exploitation of the country’s thermal resources. 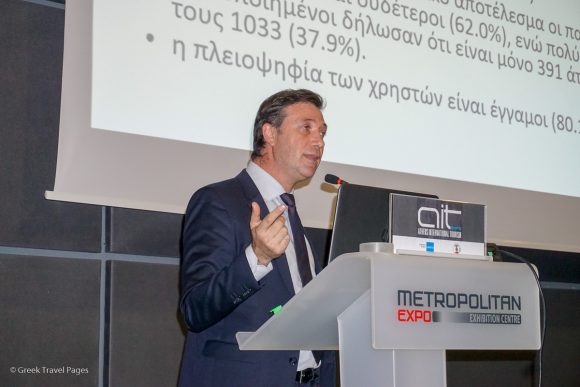 Speaking to GTP Headlines on the sidelines of the event, Danas said that thanks to the new framework for thematic tourism, investments in Greek thermal springs are now possible.

“Our thermal natural resources have now officially received therapeutic indications from the Greek state and operating licenses can now be issued,” he said, adding that thermal tourism facilities will now receive a special operational seal.

“Before this framework, any talk about attracting investors to invest in Greece’s thermal springs was just wishful thinking… No one would ever think of investing in a facility where he could not receive a legal license,” he said.

Danas added that the health tourism sector in Greece can now welcome investments needed to improve facilities, while municipalities can now seek European funds to upgrade their thermal tourism infrastructure.

“This framework was the only way towards developing thermal tourism in Greece,” he concluded.