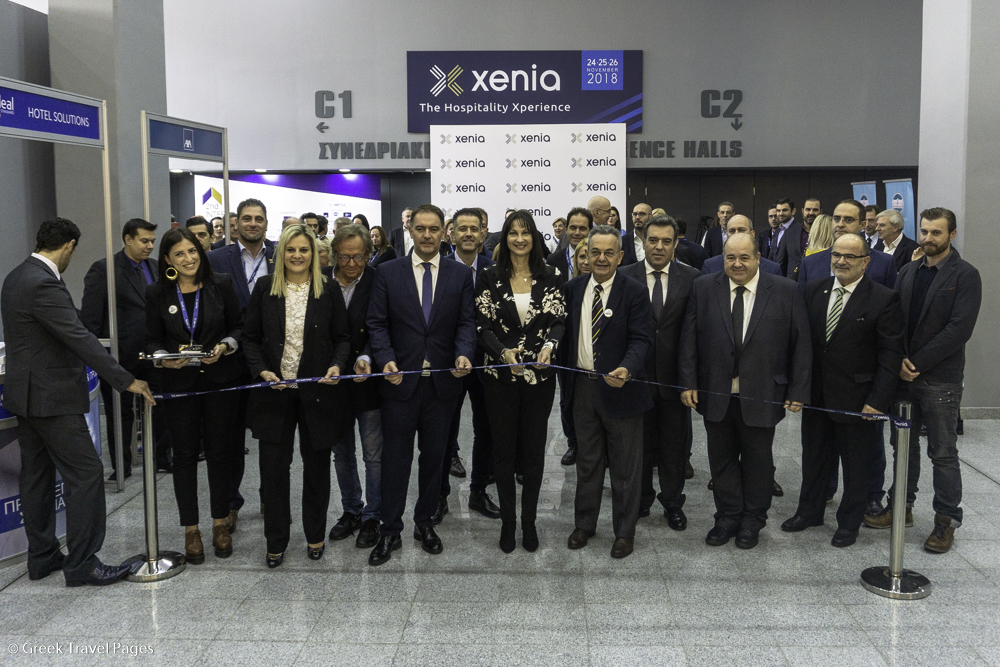 “After four years Greece has achieved what it really deserves: to have a big success in tourism…” – Greek Tourism Minister Elena Kountoura

Greek Tourism Minister Elena Kountoura on Saturday gave an update on the ministry’s efforts to further develop tourism in Greece through new legislative interventions, during the opening day of the Xenia 2018 hospitality trade show at the Metropolitan Expo Center in Athens. 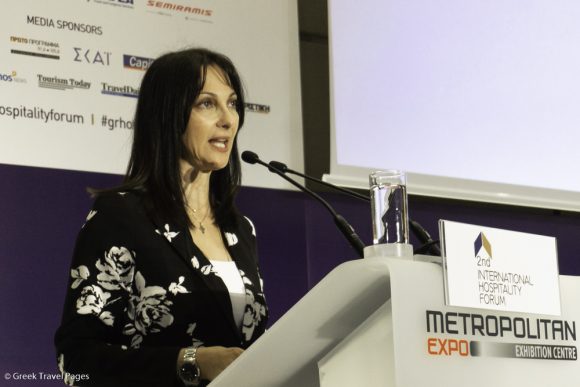 Speaking to the packed audience of hospitality professionals attending the 2nd International Hospitality Forum of the Hellenic Chamber of Hotels, held on the sidelines of the Xenia expo, Minister Kountoura announced that the ministry’s draft law covering thematic and special interest tourism forms in Greece was recently tabled in parliament. The first of its kind in Greece, the law includes provisions expected to modernize the country’s tourism market.

“We are creating a new modern framework that the Greek market needs, through which we pave the way for the development of new tourism products and new professional activities in thematic tourism, which will generate new revenue and more jobs,” she said.

The minister then referred to the recent ministerial decision regarding the classification of Greek hotels in the star-category system (by October 31, 2019).

The decision introduces new criteria for the accessibility and service of people with disabilities in hotels; defines the standards for the operation of traditional accommodation units within architectural heritage buildings; and allows more properties that are not in use today across the country to operate as hotels.

In addition, aiming to upgrade and enrich the tourism product, the ministerial decision also introduces a new voluntary grading criteria for hotels interested in obtaining the “Boutique Hotel” certification seal.

Minister Kountoura also referred to the ministry’s plans for the tourism sector in the years to come which are centered around sustainable tourism development and aim to attract new high added value investments throughout Greece. 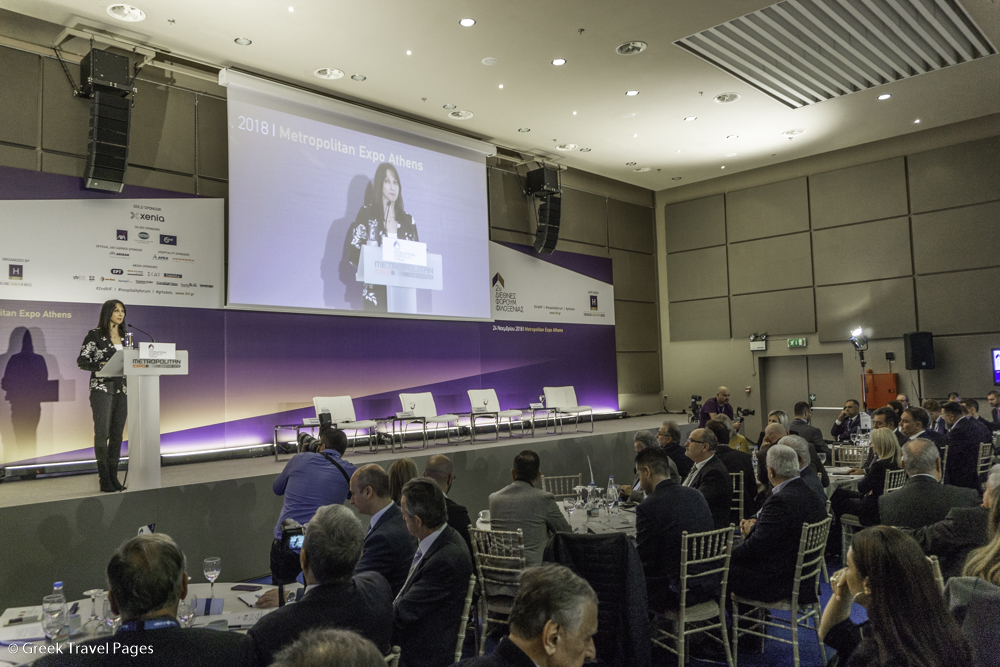 Greek Tourism Minister Elena Kountoura speaking at the 2nd International Hospitality Forum of the Hellenic Chamber of Hotels, held during the Xenia expo.

She also took a moment to refer to Greece’s tourism performance in the 2015-2018 four-year period, which came as a result of the ministry’s strategy that included cooperations with the private sector, the country’s regions and all tourism associations.

“After four years, during which we all worked very well together, I think that Greece has achieved what it really deserves: to have a big success in tourism, a record in arrivals,” the minister said, adding that 2018 is a historical year for tourism.

“We are going to close this year with almost 33 million tourists and we also achieved a great performance in revenue, up by 2 billion euros more than 2017,” she said.

Concluding her speech, the minister said that Greece’s tourism professionals “did a great job” regarding the high quality of services offered to visitors.

“Thank you all for for contribution and please know that the ministry and the Greek National Tourism Organization (GNTO) will be by your side to achieve even better results,” she said.

Regarding 2019, she said that until now messages are encouraging from most foreign markets, and that pre-bookings are already recording an increase over the same period last year.