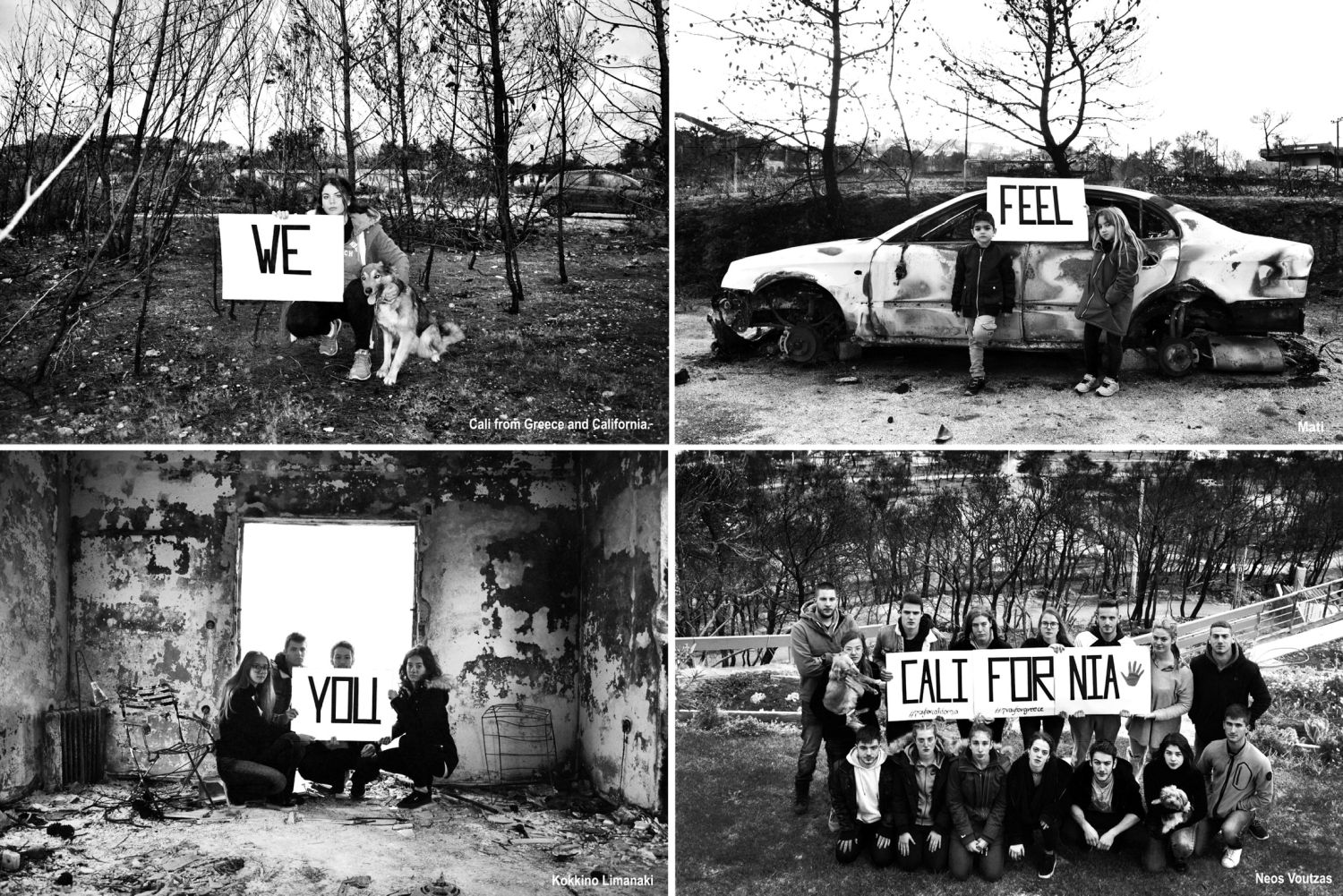 The first photo features Cali, a Greek-American from California and Mati. The second shows two young children from Mati. The third features the young people in one of the burned down homes in Kokkino Limanaki. The fourth photograph show the destroyed are of Neos Voutzas.

Identifying to the tragic California wildfires, said to be the deadliest in a century in the US, the young Greeks of Mati, Neos Voutzas and other fire-stricken Attica areas, have sent their message of support to the young people of Northern and Southern California.

It is reminded that in July, wildfires – referred to as Greece’s worst in more than a decade – raged in Attica, near Athens, killing dozens of Greeks and destroying hectares of land and homes.

In a letter of support titled “I feel you California”, going viral on social media since Sunday, November 18, the young Greeks of Attica, while struggling under their own untold tragedy, want the young Californians, who also lost friends, relatives, pets and land, to know that they are not alone.

The letter of support, traveling to the other side of the Atlantic, is accompanied by a collage of photographs from Attica’s fire-stricken areas.

The initiative of the young Greeks is not aimed to be a message of sadness, but one of hope, underlining that even when everything has crumbled, one can still find the power to stand up and fight.

The message of the young Greeks of Attica to the young people in California follows:

“I feel you California!

I have gone through the loss of my hometown, where I created my memories and lived my dreams.I have felt what it is like to look around and not recognize the surroundings that were once familiar.

I’ve been losing everything I took for granted!

But let me tell you, you have to stay strong California!

Because even though you will be feeling, disappointment, bitterness, sorrow and anger – you will find something; and that something will keep you upright .. You will realize that you are not alone, cause many are there to support you.

You will succeed … And by working together, your “Paradise” will rise again.

I feel you California!”