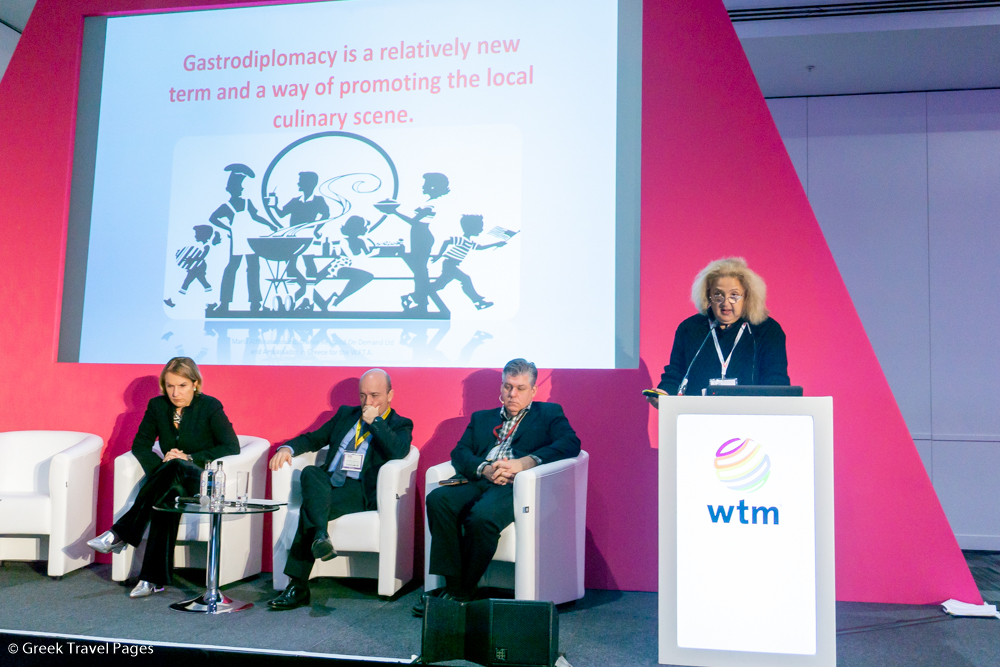 The concept of “Gastrodiplomacy”, a way of promoting a country’s local culinary scene, was introduced to a packed audience of professionals during a workshop dedicated to food tourism, during the World Travel Market (WTM) trade show held in London last week. 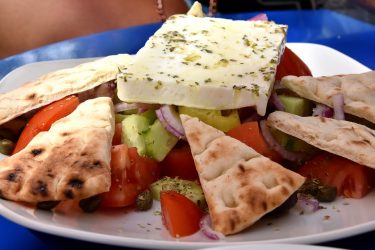 The workshop, titled “Food Tourism 2025: What You Need to Know Now” and moderated by World Food Travel Association (WFTA) Founder Erik Wolf, aimed to give insight to businesses and destinations to prepare for success in the food tourism segment in the coming decade. A panel of experts participated in the workshop and addressed a series of issues involving food and beverage in tourism, aiming to show professionals how to meet consumer demands and stay competitive.

Participating in the panel was Maria Athanasopoulou, owner of Greek company Respond on Demand, who gave a presentation on “Gastrodiplomacy”, a term and a field that was first used around 2000 and which characterizes the attempt of a country or destination to create diplomatic relations with other countries through its local gastronomy.

An ambassador for Greece of the WFTA, Athanasopoulou, is known for aiming to take Greece’s food tourism offerings to the next level: beyond borders. 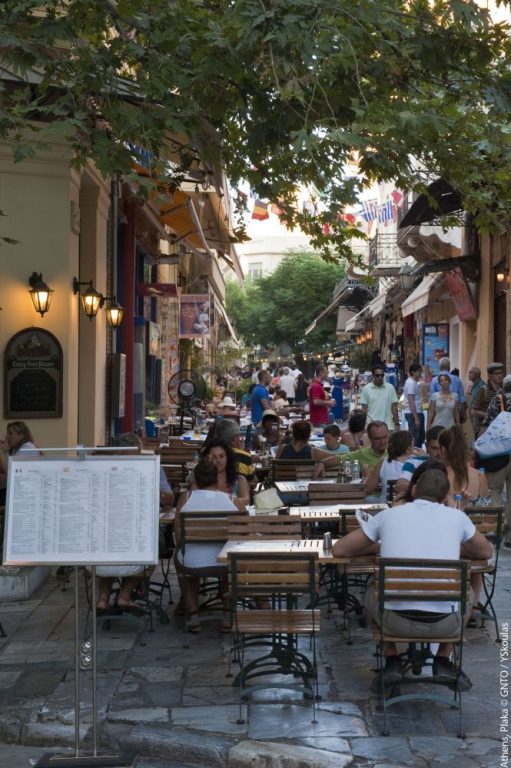 “Gastrodiplomacy is a very useful practice that if properly implemented can become an effective tool for promoting Greece’s food tourism,” Athanasopoulou told GTP Headlines on the sidelines of the workshop.

According to data, food and beverage continue to be among the main motivators among travelers, with 93 percent intentionally participating in a unique food or beverage activity while on holiday, and 81 percent conducting research on food and drink before they leave for a new destination.

“Greece has a very good local gastronomy with a history of centuries and as a country we should find the right way to highlight it through a serious and long-term plan that will give equal opportunities in all Greek regions to be promoted,” Athanasopoulou said.

“On the one hand, we the professionals should all be properly trained in regards to the food tourism segment, and on the other hand, the state should create a solid Gastrodiplomacy program in cooperation with food tourism specialists for the whole of Greece,” she added.

“Only then will we become competitive as a food tourism destination,” she underlined.

As a term, Gastrodiplomacy was first introduced by Paul Rockower and Sam Chapple-Sokol in the early 2000s. Since then, many states such as the United States, Peru, Thailand and others, have established official government programs in support of Gastrodiplomacy. 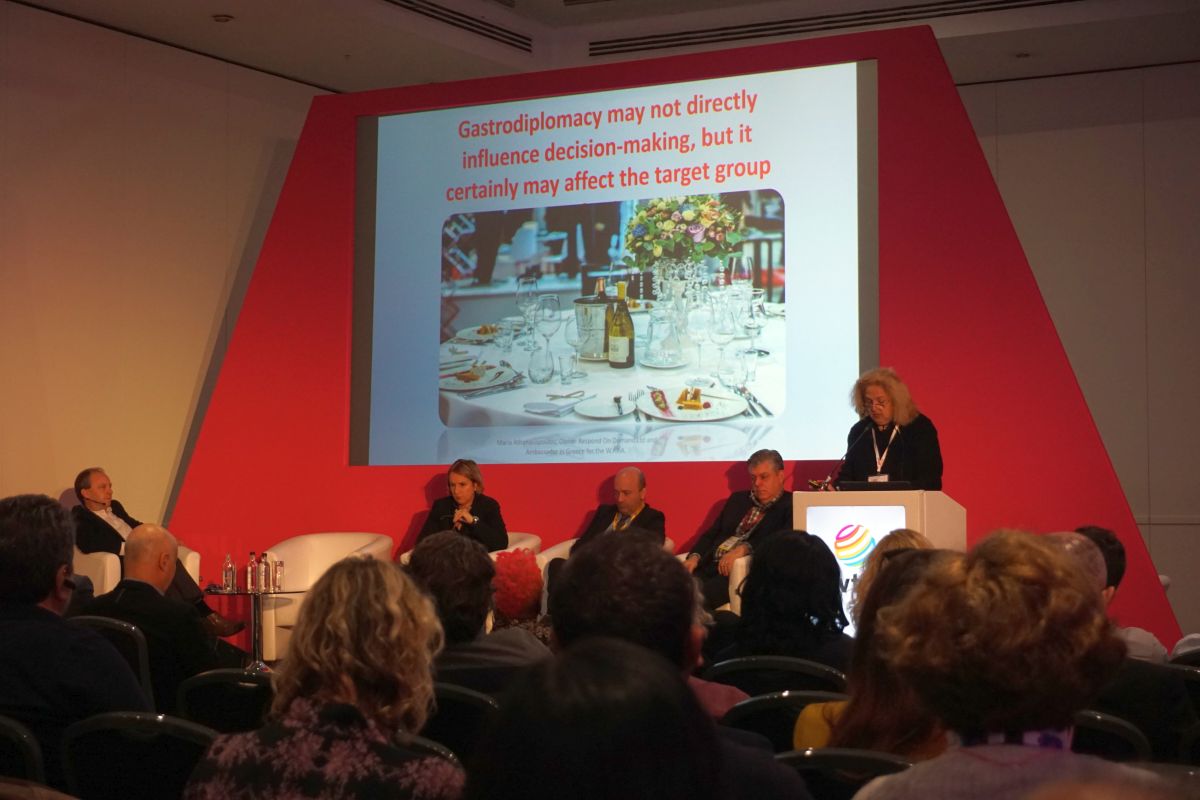 According to Athanasopoulou’s research, many countries have used gastrodiplomacy campaigns over the last decade in order to promote their destination in other countries.

“Gastrodiplomacy, in my opinion, mainly creates a kind of cultural influence, although in some respect we can see its economic dimension too, since certain local products of the projected destination become known as well,” Athanasopoulou said during her presentation.

“For me, the major role of Gastrodiplomacy is that it brings people from different countries closer together… It is a new method with great potential, which can lead to an even greater increase in the gastronomic tourism of a region, its international recognition, as well as a successful boost in its tourism industry,” she concluded.