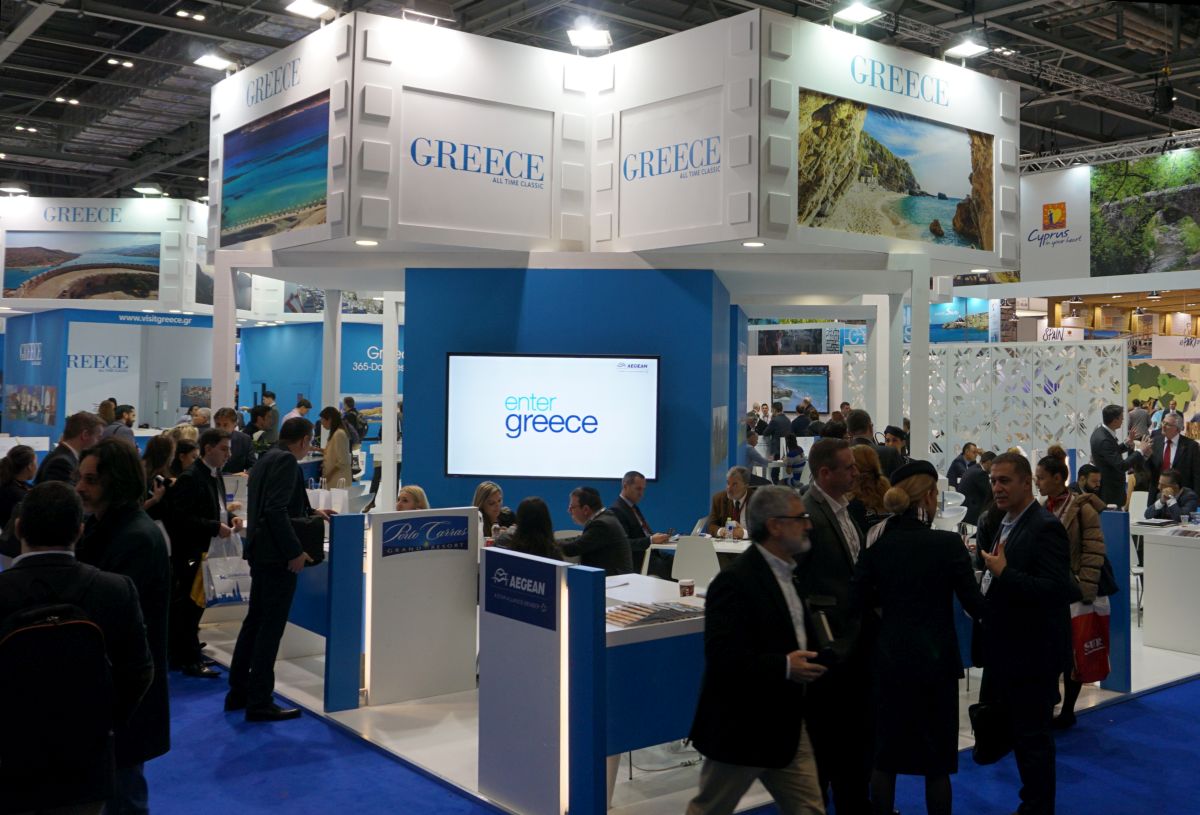 Greece’s tourism destinations, services and accommodation options will be presented to the world at the WTM London trade show, set to open its doors on Monday, November 5, at Excel.

In its 39th year, WTM London attracts a global audience that shape the travel industry.

Greece is attending WTM London having maintained its strong performance of 2017 and continued its course to growth. According to the Tourism Ministry, 2018 is expected to be a “phenomenal year” for Greece with a 17 percent yearly increase in tourism revenue and 15 percent in arrivals and a total of more than 32 million international visitors.

Meanwhile, 2019 is also expected to be positive for the country.

From the UK market specifically, pre-sale tourist bookings for 2019 to Greece are already up by 10 percent, according to data from the Greek National Tourism Organisation’s (GNTO) UK & Ireland office. 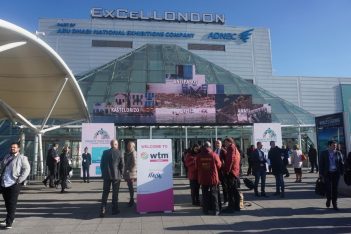 As soon as visitors to the WTM London reach the ExCeL Center entrance they will “experience” Greece, as the South Aegean Region will give all a grand welcome. For the fourth consecutive year, a digital pyramid consisting of electronic screens will play high quality videos starring the islands of the Cyclades and the Dodecanese.

The 2018 trade event will kick off for Greece with the inauguration of the Visit Greece (Greek National Tourism Organization-GNTO) stand — EU 1000 — on Monday morning by Greek Tourism Minister Elena Kountoura.

The minister will represent Greece throughout the exhibition and let the world know that Greece is open 365 days a year to welcome tourists.

On the first day of WTM London 2018, Minister Kountoura will participate in a conference and present Greece’s best tourism practices, which led the country to high progress in the sector after years of difficult times that included political and economic crisis.

The event titled “Social Contract: Expired” will be moderated by CBS News’ Peter Greenberg and include Gloria Guevara Manzo, the President & CEO of the World Travel & Tourism Council (WTTC), as one of the main speakers. 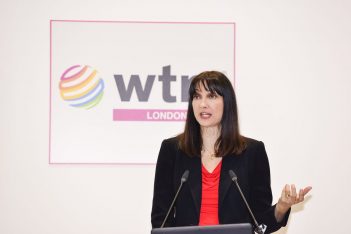 Also on Monday, the minister will attend the press conference hosted by the GNTO at the WTM London Press Centre — ME580 — for journalists, bloggers and travel professionals. She will provide the latest updates from Greece with a re-cap of 2018 and a projection towards 2019.

Acclaimed author Victoria Hislop, will also attend the event and talk about her personal experiences of Greece and the country’s unique and diverse tourism portfolio.

The press conference will be followed by a networking event with Greek wines and canapés.

During the trade show, Minister Kountoura will also meet with British and international tourism industry executives, tour operators and airlines to promote new partnerships in 2019.

As every year, the Visit Greece stand will host a number of exhibitors including representatives of hotels, regions and travel companies from across the country and its islands. For the three days of the WTM, the Greek professionals will network, negotiate and conduct deals. To see which Greek companies are participating in WTM London 2017, press here. 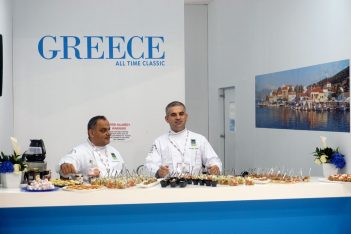 For all three days of the WTM, the Visit Greece team will also serve Greek lunch to media and travel professionals. On Monday (12:30-13:30), guests will be treated to tastes of the Ionian Islands and be able to sample regional wines and local delicacies. More tastes of Greece will offered on Tuesday and Wednesday between 13:00-14:00.

At the Greek stand, guests will can also have their photo taken at the GNTO photo booth, “take” a trip to Greece through VR glasses and also win prizes. 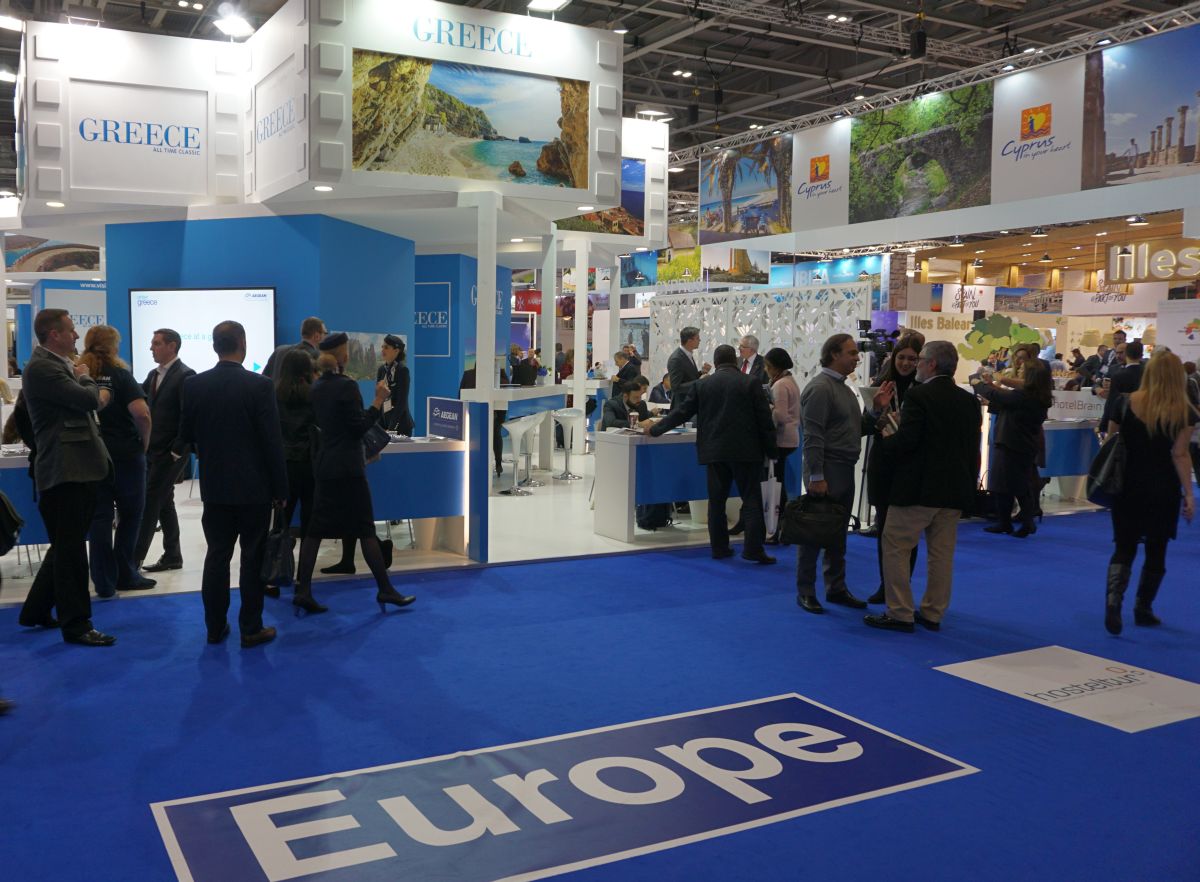 Other announced events held during WTM London 2018 involving Greece include a presentation of the Greek island of Tinos by the municipality, to bloggers, journalists and travel agents, in a special hall at ExCel on Tuesday, November 6.

Also on Tuesday, the Greek Confederation of Tourist Accommodation Enterprises (SETKE) will present its “South Aegean Breakfast Basket” initiative at an evening event to be held off the exhibition grounds, at the Sky23 restaurant of the Hilton London Metropole.

The Greek Travel Pages (GTP), as the official WTM media partner for Greece, will be there to support the event, destination Greece and all travel professionals attending. Follow our WTM London 2018 Special for news and updates. GTP representatives can be found at stand EU 1000 and also MP10.

The WTM London wil run until November 7, with opening hours from 10am – 6pm for all three days.