The 1st Greek-Serbian Tourism Forum to be held at the annual Philoxenia show in Thessaloniki, on November 9, aims to strengthen the exchange of tourist flows between the two countries.

Titled “Greece-Serbia: 12-Month Tourist Destination”, the meeting aims to enhance cooperation between tourism professionals in both countries in efforts to attract more Greek and Serbian travelers. 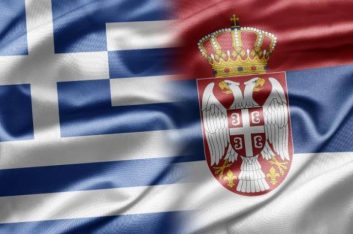 Indicatively, approximately 1 million Serbians travel to Greece for their holidays, 80 percent of whom travel in summer and to Northern Greece. According to findings presented during the press conference for the forum last week, destinations in Serbia appear to be relatively unknown to many Greek holidaymakers, 67,395 of whom visited Belgrade in 2017.

In the first half of 2018, Serbia saw 43,480 arrivals from Greece and 1.9 overnight stays on average. According to the Thessaloniki Hotels Association, travelers from Serbia and Montenegro made 41,050 overnight stays, up by 1.48 percent, in the first eight months of the year compared to 40,468 in the same period last year.

“We are trying to tell Serb tourists that Greece does not only offer tourism in  the summer months but all year round,” said the president of the Northern Greece Greek-Serbian Chamber, Kostas Georgakos, adding that “at the same time, we want to convey to the Greeks that Serbia, besides Belgrade, has very beautiful and inexpensive places worth visiting”

The chamber aims to achieve this with the participation of over 80 tourism companies from Serbia who will meet with Greek professionals, entrepreneurs and tour operators. 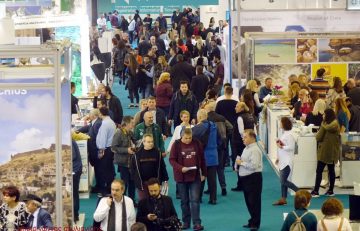 Georgakakos noted that there were some 200 Greek companies active in Serbia at the moment, announcing that a large Greek supermarket chain was set to launch operations in the coming months and that a 30-million-euro  Greek investment was in pipeline.

The 34th Philoxenia show will take place on November 9-11, at the Thessaloniki International Exhibition Center.