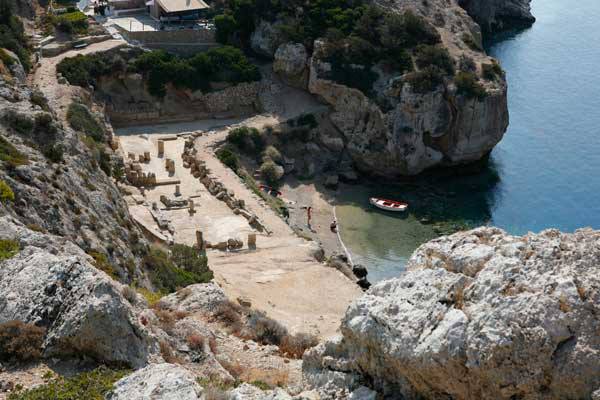 The Heraion archaeological site near Corinth, a sanctuary of goddess Hera situated in a small cove of the Corinthian gulf at the end of the Perachora peninsula. Photo Source: @Mythical Peloponnese

Aiming to introduce the Peloponnese to a larger number of markets, attract more higher income travelers, and showcase the wide variety of tourism options available, the Peloponnese Tourism Organization (PTO) announced this week that it would be boosting its promotional activities in Greece and abroad for 2019.

As part of its promotion strategy, the PTO will as of next year be organizing week-long fam trips for source market tour operators and travel media as well as from new markets including Romania, Japan and Israel. The trips will focus on the cultural tourism products of the region as well as on the diverse alternative options on offer.

At the same time, the PTO has drawn up an action plan backing hospitality enterprises as well as promoting select destinations with the ultimate goal to  increase spending per traveler and extend the tourist season.

Indicatively, the Peloponnese region marked a 15 percent increase in the number of arrivals in 2017, attributed in large part to the Kalamata Airport.

According to Tourism Minister Elena Kountoura, the ministry is currently examining 14 tourism project proposals for the region, including a tourist village in Argolida, three resorts in Corinthia, Messinia and Laconia, hotels, investments for the upgrade of the Menalon and Ziria ski resorts, camp grounds, conference centers, golf courses and a marina.