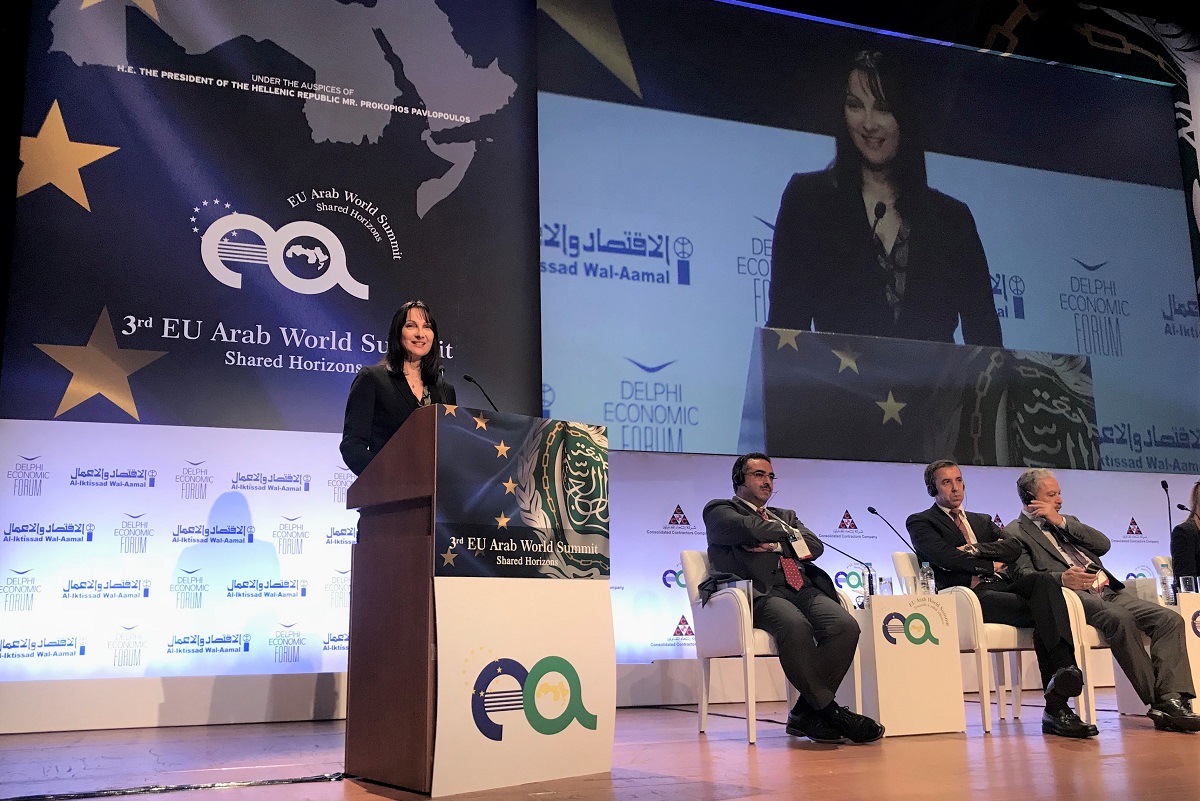 Now is the right time to invest in Greece, and particularly in tourism, which is emerging as a key driver of the economy, said Greek Tourism Minister Elena Kountoura during the 3rd EU-Arab World Summit, which opened in Athens on Monday.

Under the theme “Shared Horizons”, the event attracted over 500 delegates, government officials, EU policy makers and entrepreneurs from some 30 countries.

Addressing the summit, Kountoura pointed to Greece’s leading role as a bridge for the creation of new collaborations and synergies between Arab states and the EU, with emphasis on tourism, and invited participants to explore the vast potential on offer.

The minster referred to areas slated for future growth which include the hotel and resorts sector, marinas, conference centers and theme parks.

“The EU-Arab Summit is an excellent initiative bringing us all together to co-operate, to jointly address challenges and capitalize on every opportunity that contributes to the stability and growth of our economies and our countries,” she said, adding that it has been a government priority since 2015 to reach out to Arab countries, successfully so, as reflected in the double-digit increase in inbound tourist flows. 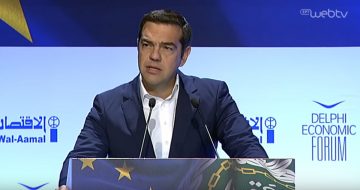 “Today’s summit is critical, taking place at a critical moment, at a significant conjuncture for EU-Arab and Greek-Arab relations, which I would say have great prospects… In this period, it has become clear that Europe and the Arab World must work even closer together,” said Greek Prime Minister Alexis Tsipras.

The Greek PM went on to note that “Greece is establishing itself into a dynamic economy, with highly skilled human resources and as a significant regional energy, commercial, shipping and transport hub”, referring to a series of projects, including the TAP and  IGB natural gas pipelines.