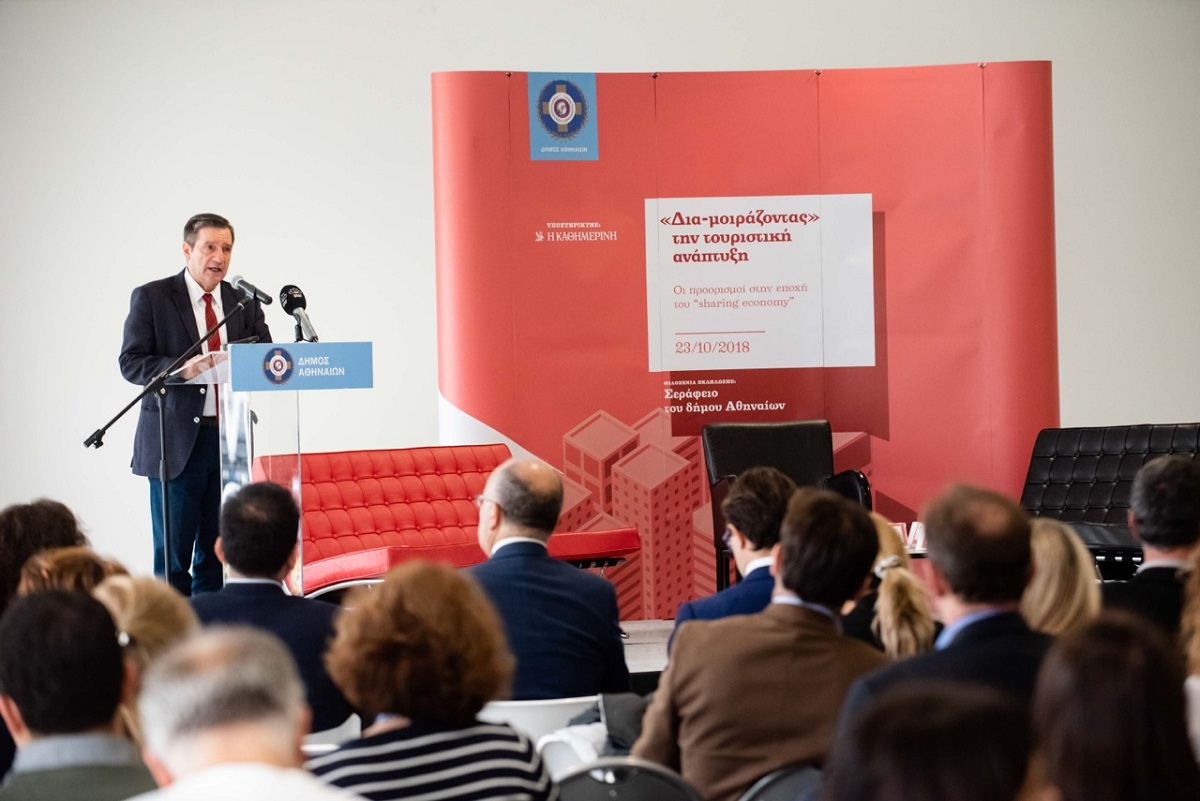 The Mayor of Athens Giorgos Kaminis

Ways to regulate the home sharing market (also referred to as the Airbnb phenomenon) and deal with the issue of overtourism in European cities were discussed between the mayors of Athens, Santorini and Florence, during an event focused on the sharing economy in Greece, held on Tuesday in the Greek capital. 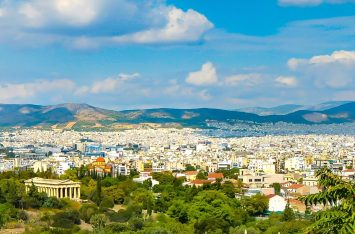 Organized by the City of Athens and held under the title “Sharing tourism development – Destinations in the era of sharing economy”, the event included the participation of sector executives and experts.

“Booked Airbnb listings in Greece reached 50,900 in 2017, which generated an annual income of 2,800 euros for each host and overall tourism revenues of 750 million euros for the Greek economy,” said Airbnb Regional Policy Campaign Manager EMEA Sofia Gkiousou during the event. 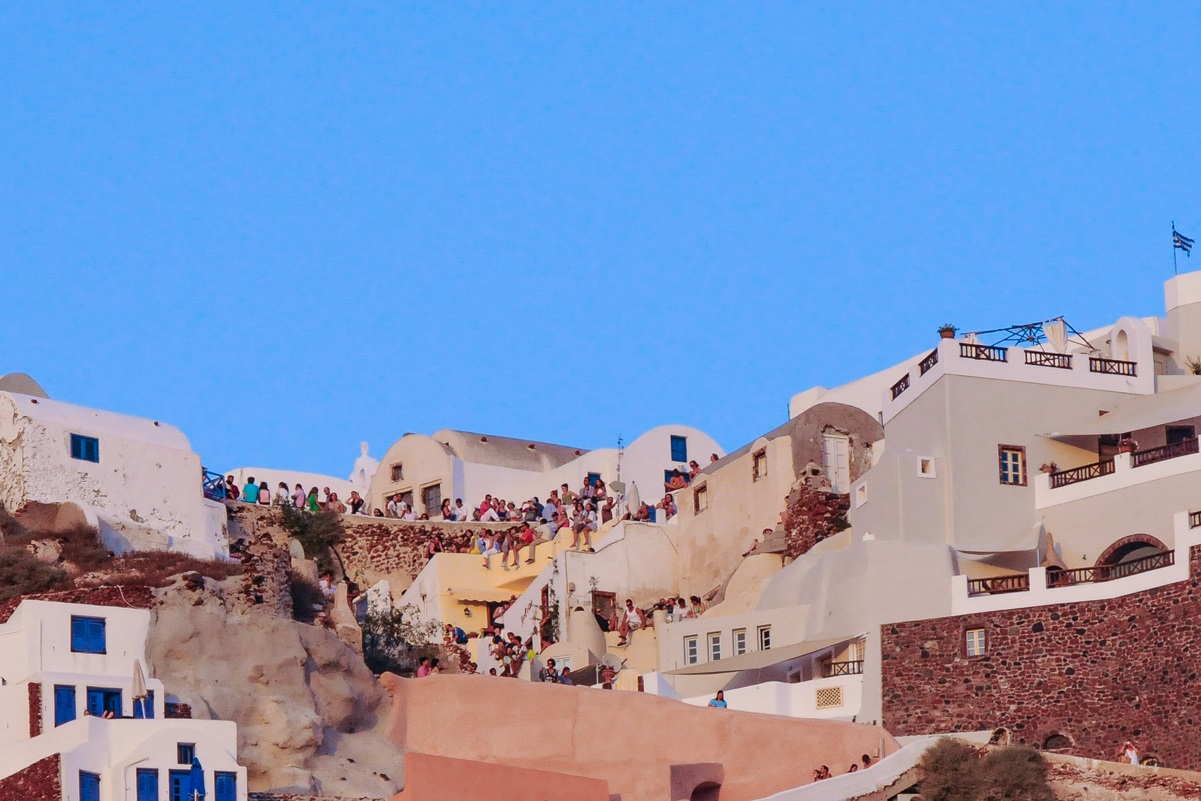 While many Greek destinations have benefited from the growth of home sharing platforms, some are not far from being included among the areas confronted with the phenomenon of overtourism. Santorini is among Greece’s destinations mostly affected by the increasing tourism flows. According to Thira Mayor Anastasios-Nikolaos Zorzos, in 2012 Santorini received 750,000 visitors through its port and airport. During the last few years however, the island has been receiving 1.7 million travelers annually. In addition, 10,000-15,000 cruise passengers visit Santorini on a daily basis.

Athens’ central neighborhoods have also seen the number of tourists increasing due to the sharing economy. “The city in 2012 received 2.5 million tourists, while in 2017 the number increased to 5 million and in 2018 is expected to reach 5.5 million,” Athens Mayor Giorgos Kaminis underlined. The Greek capital counted 7,300 booked Airbnb listings in 2017. 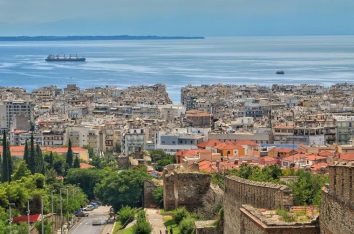 Moreover, Airbnb listings in Thessaloniki currently exceed 2,500. According to Thessaloniki Deputy Mayor for Tourism and International Relations Spyros Pengas, in 2010 overnight stays reached 1.2 million, while in 2017 they almost doubled to 2.3 million. This has also spurred investment activity, as 25 new hotels have opened their doors in the northern port city in the last three years.

Athens’ conference also focused on the experience of other European destinations including Florence and Barcelona.

More specifically, in 2017, Florence saw arrivals increase by 7.2 percent compared to the previous year, while the city currently counts over 10,000 Airbnb listings. Furthermore, the so-called “city tax”, applied to apartments and paid by Airbnb guests during the reservation process (3 euros/night per person) is expected to generate revenues of 40 million euros for Florence by the end of 2018. 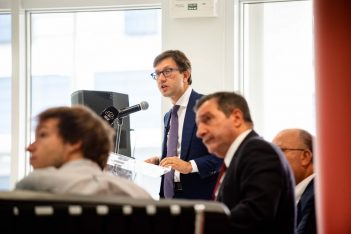 “European cities should share best practices in order to protect cultural heritage and secure quality in tourism offer and demand,” Florence Mayor Dario Nardella said and called on European countries to jointly work on a regulatory framework, which would be presented to the European Parliament and the European Commission.

Furthermore, Nardella requested for a meeting to take place between European cities and UNESCO in order to discuss issues related to cultural heritage.

Barcelona is also among the European destinations affected by overtourism, therefore the municipal authority has stopped issuing new licenses in the region of Caralonia since 2014, according to Álvaro Porro, Commissioner for Social Economy, Local Development and Consumption, Barcelona City. 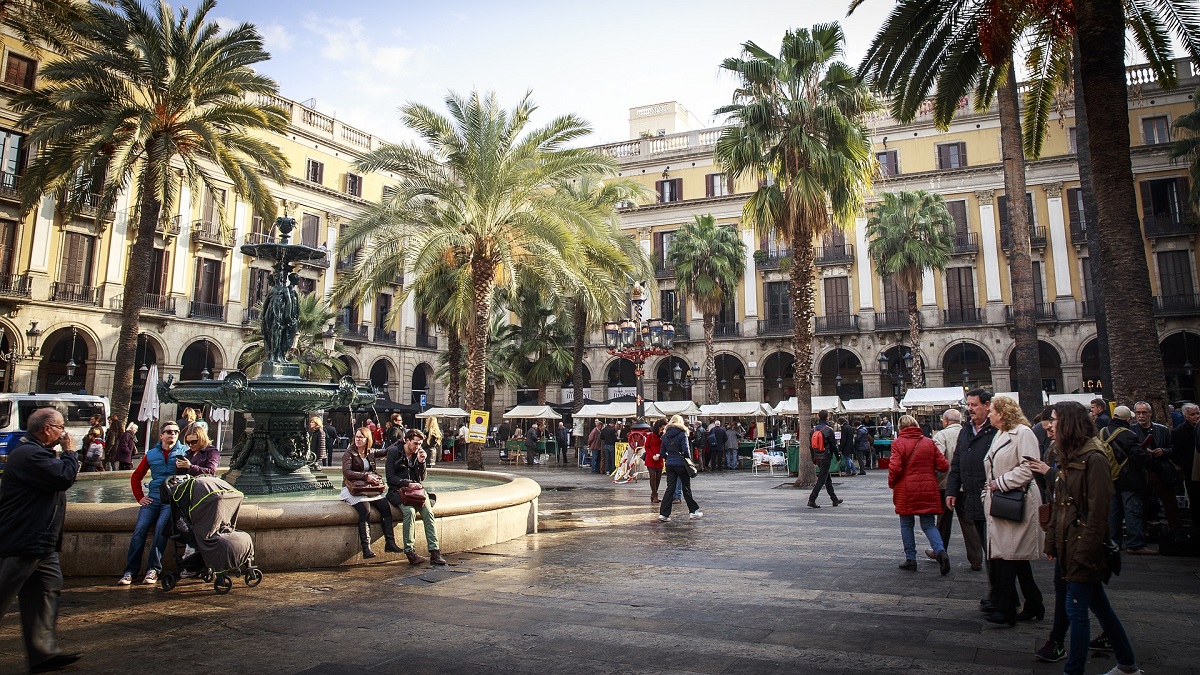 Porro invited European cities, including Athens, to participate in the “Sharing Cities Summit 2018”, which will be held in Barcelona during November 12-15. The summit will introduce a set of 10 common principles, focusing on ways to protect the tourism and housing market, as well as consumer rights.