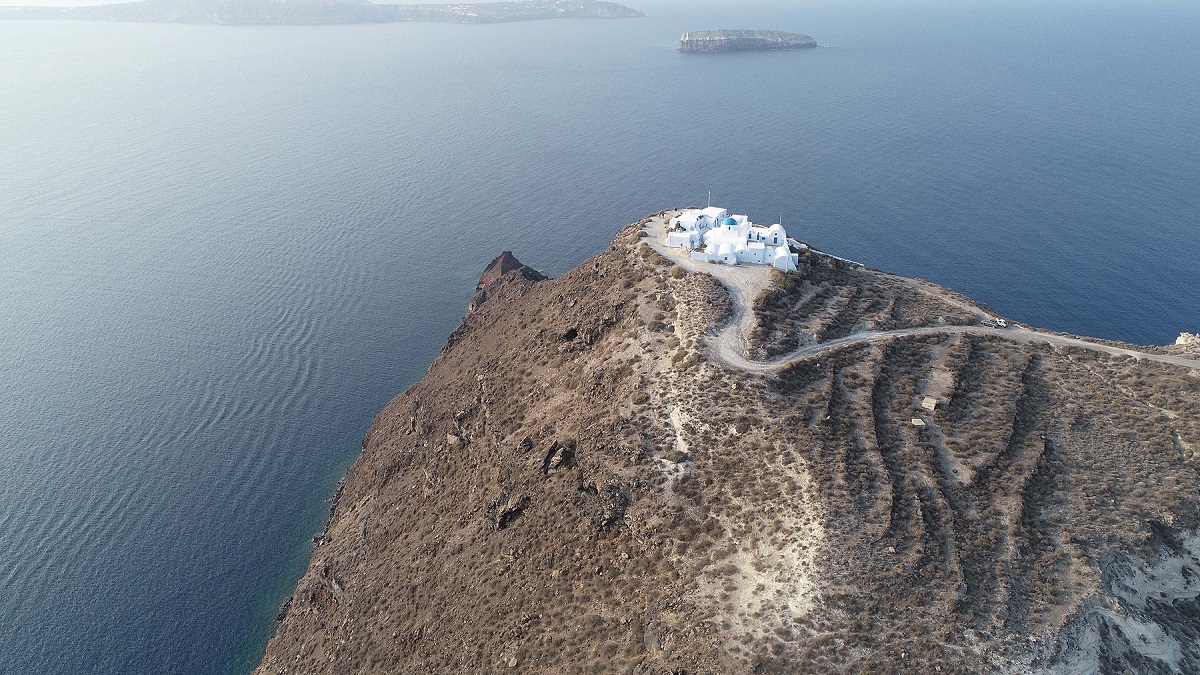 Monastery of the Dormition of the Virgin Mary, Therasia

Excavations at the Koimisis site on the southern end of the islet which have brought to light a Bronze Age settlement atop a hill continued offering insight into the conditions of the Caldera before the Santorini eruption. 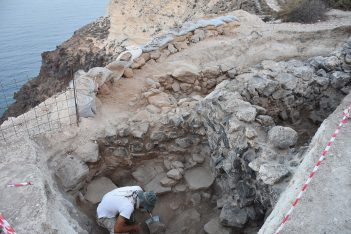 Recent excavation work produced geological evidence dating back to Early and Middle Bronze Age Thera-Therasia, as well as new constructions, terraces, walls and edifices. Other discoveries include findings from an olive tree buried in volcanic ash at the time of the eruption.

Many of the artefacts found thus far including tools, pottery, bones, shingles, wood, and other organic remnants will go on display at the Archaeological Museum of Thera.

Research on Therasia, northwest of Nea Kameni, is being carried out by the Ionian and Crete universities, and the Cyclades Ephorate of Antiquities in collaboration with an interdisciplinary team of researchers with the support of the Thera Municipality, the Institute for Aegean Prehistory (INSTAP), and the General Secretariat for Aegean and Island Policy.

Incoming Tourism from Scandinavia to Greece Strong in H1