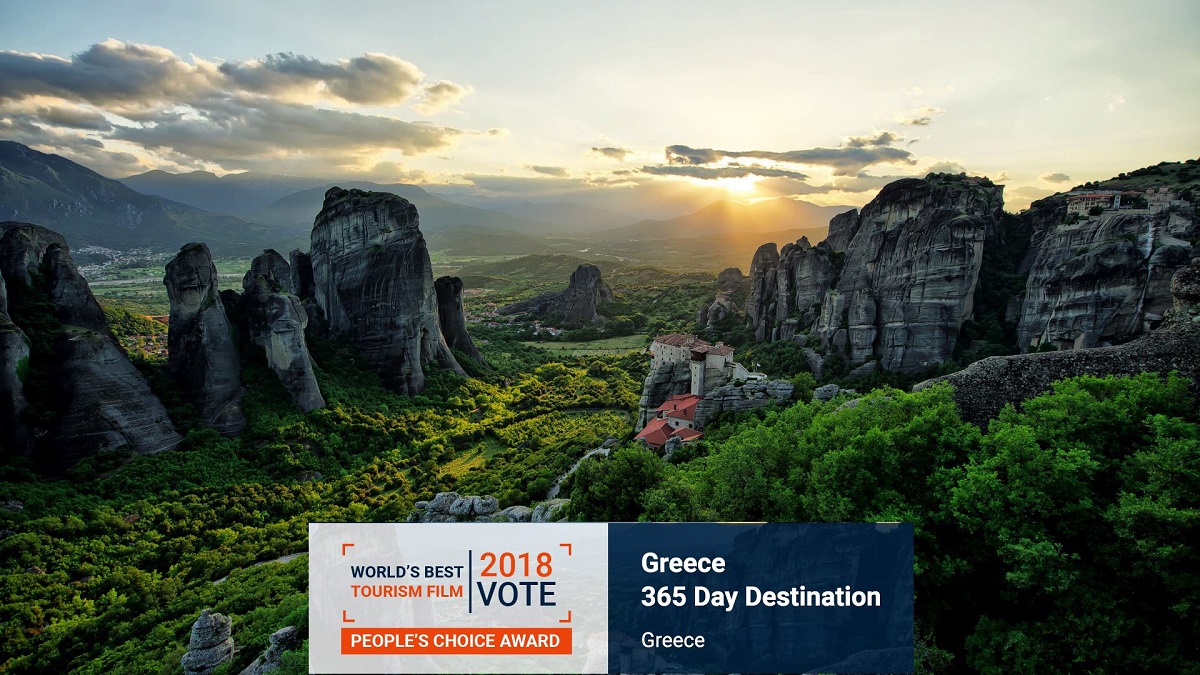 The Greek National Tourism Organization’s (GNTO) video “Greece – A 365-day Destination” has been nominated for the People’s Choice Award 2018, which is organized by the International Committee of Tourism Film Festivals (CIFFT) to honor the world’s best tourism films and commercials.

Directed by Andonis-Theocharis Kioukas, the video was created by GNTO to promote Greece as a year-round destination, as part of the tourism ministry’s strategy to extend the tourism season.

“The Greek video is among the favorites to win this year, with a total of 29 films competing for the title,” GNTO said in an announcement. “The online voting procedure provides the citizens of the world with the opportunity to select the best tourism film for 2018.”

Those interested can cast their votes until November 6, at midnight. To vote for Greece press here.

The winner will be announced during the 30th CIFFT People’s Choice Awards ceremony, which will be on November 12, in Vienna.