Unclear air traffic regulations due to Brexit, may lead to disruption, or even worse, to the complete halt of operations for up to a week, said Christoph Debus, CEO at Thomas Cook Airlines, speaking to reporters in Berlin, last week.

In view of the UK’s imminent departure from the European Union in March next year, airlines including Ryanair, easyJet, British Airways, Tuifly and Condor are working on ways to deal with a potential no-deal scenario, which would leave them unprotected.

“We have done our homework even for the scenario of a ‘no deal’,” Debus said, adding that “it cannot be ruled out that air traffic will be grounded for a day or a week.” 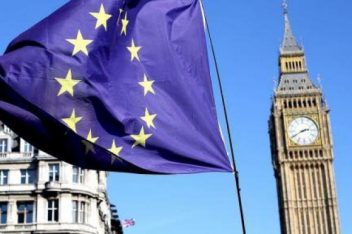 Under current EU law, UK-based airlines have unlimited flying rights to and from the Union, but once Brexit is completed, uncertainty remains as to what will follow.

This said, airlines headquartered in the UK may have to set up shop in the EU and sell off shares to European nationals if they wish to continue running major routes across Europe following Brexit. In this direction, low-budget carrier easyJet  has already established a subsidiary in Vienna, to keep its EU rights.

In the meantime, in efforts to avoid a potential backlash should there be a non-negotiated withdrawal on 30 March 2019, the UK government issued technical notices for aviation which state among others that current regulations, based on EU rules, will remain in place.

#someTHINKdifferent: SETE’s Revamped Tourism Conference Gets Big Round of Applause