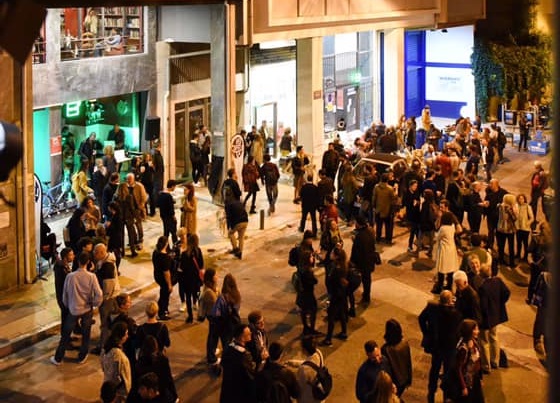 The new shops at Theatrou square.

Theatrou Square, off Athens’ central Varvakeios Market, is back in business following an ambitious urban overhaul program implemented by the municipality which aims to bring life back to inner-city neighborhoods. 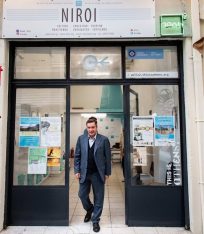 The first seven shops as part of the POLI² pilot project, which subsidizes neighborhood upgrade and renovation projects, have opened for business.

“Light always drives darkness away. That’s what we are doing now on Theatrou Square near the central market, which will also be carried out at the Merchant’s Arcade on Voulis St,” said Athens Mayor Giorgos Kaminis, during a presentation last week of the shops.

The mayor went on to underline the symbolic meaning of the shop opening as it also means “opening the square once again to the people… by funding seven creative teams to open these stores. We will continue to support them over the next six months, covering operating costs and rents, while organizing events on the surrounding streets and squares,” he said. 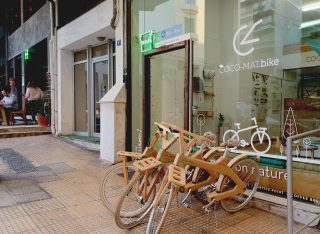 The selection procedure lasted four months, including the renovation of the shops and handing these over to the winning teams, which are: Astika Motiva (Urban Patterns) selling design objects, but also serving as a space for the exchange of ideas among artists, designers and craftsmen; Niroi – a non-profit organization that designs and organizes events; I Love Athens – a creative platform for the promotion of the Greek capital; Creators of Cosmos – the first Greek company to design and implement live-action role-playing games; Book & Play focusing on books and games; COCO-MAT.bike – the first shop selling or renting wooden bikes; and O Horos (Space) – the EMEIS society working for accessibility to art. 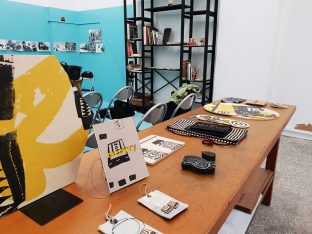 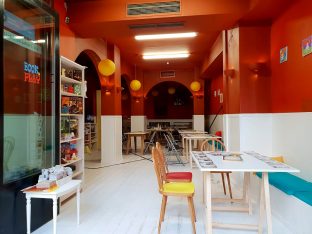 In the coming period, the municipality will be working on the revival of the Merchant’s Arcade (Stoa Emboron) in the city’s commercial center, also under the POLI² pilot project. The goal is to encourage and stimulate social entrepreneurship towards the creation of a productive hub within the currently out-of-use arcade. The municipality will support 11 projects to set up shop in the arcade.