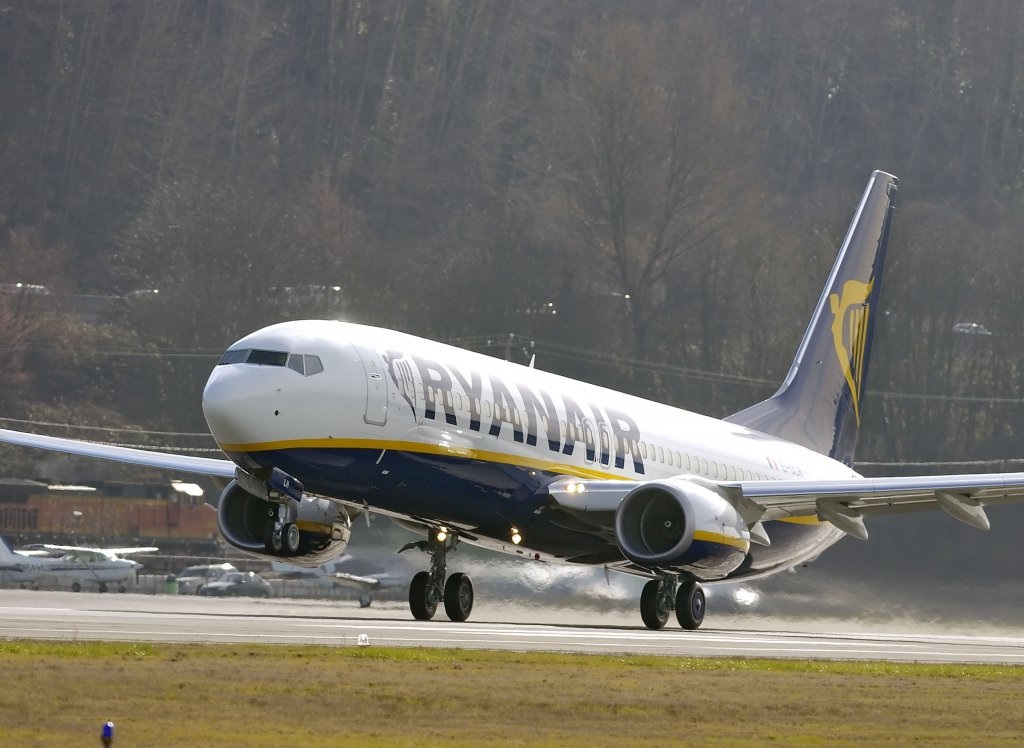 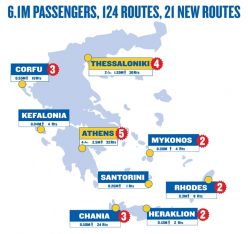 “We are pleased to launch our 2019 Greek summer schedule, which will deliver 6.1 million customers per annum through nine Greek airports and support over 4,500 ancillary jobs in Greece,” said Ryanair CCO David O’Brien.

Ryanair’s 2019 Greek Summer schedule will include a total of 124 routes.

Athens’ summer schedule includes a total of 32 routes, which is expected to transfer 2.4 million customers per annum and sustain 1,800 on-site jobs. 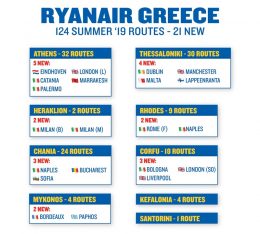 Ryanair will also link Thessaloniki with Dublin (two weekly flights), Lappeenranta (once a week), Malta (two weekly) and Manchester (two weekly). The carrier’s routes from/to Thessaloniki will reach a total of 32 and are expected to transfer 1.55 million customers per annum and sustain 1,160 on-site jobs.

In addition, the airline will connect Corfu with London Southend, Bologna and Liverpool; Mykonos with Bordeaux and Paphos; Heraklion on Crete with Milan; Rhodes with Rhome and Naples; Chania with Bucharest, Sofia and Naples.

Ryanair has launched a seat sale on routes from Greece available from 14.99 euros, for travel from October to December, which must be booked by Friday, October 12, at midnight on the company’s website.

According to an announcement, Ryanair has carried over 27 million customers to/from Greece since its first flight in 2010.