The Region of Western Greece, which includes Patra and Nafpaktos, is in the lead in terms of tourism-related revenue, the regional authority said this week, attributing the positive performance to increased visits and overnight stays which continued into the second quarter of 2018. 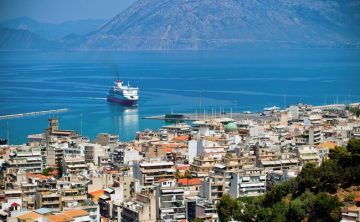 The region said in a statement that it had posted the largest percentage increase in travel receipts by 55.49 percent compared to the country’s remaining regions – with the average at 17.69 percent – in the second quarter of 2018, compared to the same period last year.

“The Western Greece Region has an integrated strategy for tourism in place which appears to be bearing fruit as demonstrated by the positive indicators,” said Western Greece Governor Apostolos Katsifaras, adding that there was an increase in the number of arrivals at the airports of Araxos and Aktio, and through the ports of Patra and Katakolo. “We will work to keep the tourist flow steady to our region,” he said.