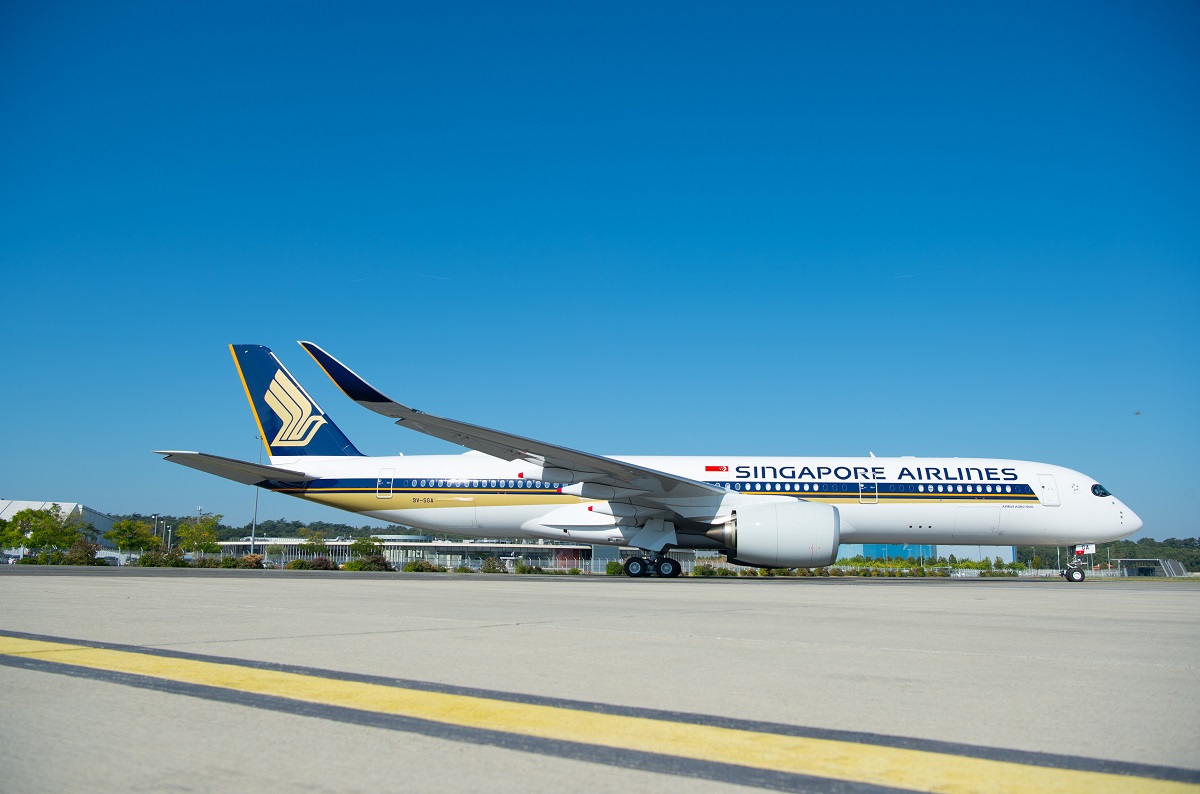 Singapore Airlines (SIA) has taken delivery of the world’s first A350-900ULR, the ultra-long-range aircraft from Airbus.

It is the first of seven A350-900ULRs on firm order and will enter service on October 11, to operate the world’s longest commercial flight between Singapore and Newark Liberty International Airport.

SIA is the launch customer for the new A350-900ULR, which is capable of flying up to 9,700 nautical miles (nm), or over 20 hours non-stop. The flight to New York will cover a distance of approximately 9,000nm (16,700km), with travelling time of up to 18 hours 45 minutes. The aircraft is configured in a two-class layout, with 67 Business Class seats and 94 Premium Economy Class seats.

The A350-900ULR is designed for a more comfortable travelling experience with features such as higher ceilings, larger windows, an extra wide body, quieter cabins and lighting designed to reduce jetlag. Its carbon composite airframe also allows for improved air quality due to a more optimized cabin altitude and humidity levels.

By the end of 2018, SIA will link Singapore and the United States with 27 weekly non-stop flights.

With the delivery of the first A350-900ULR, Singapore Airlines now has 22 A350-900 aircraft in its fleet, with 45 more on order including the six additional ULR variants.