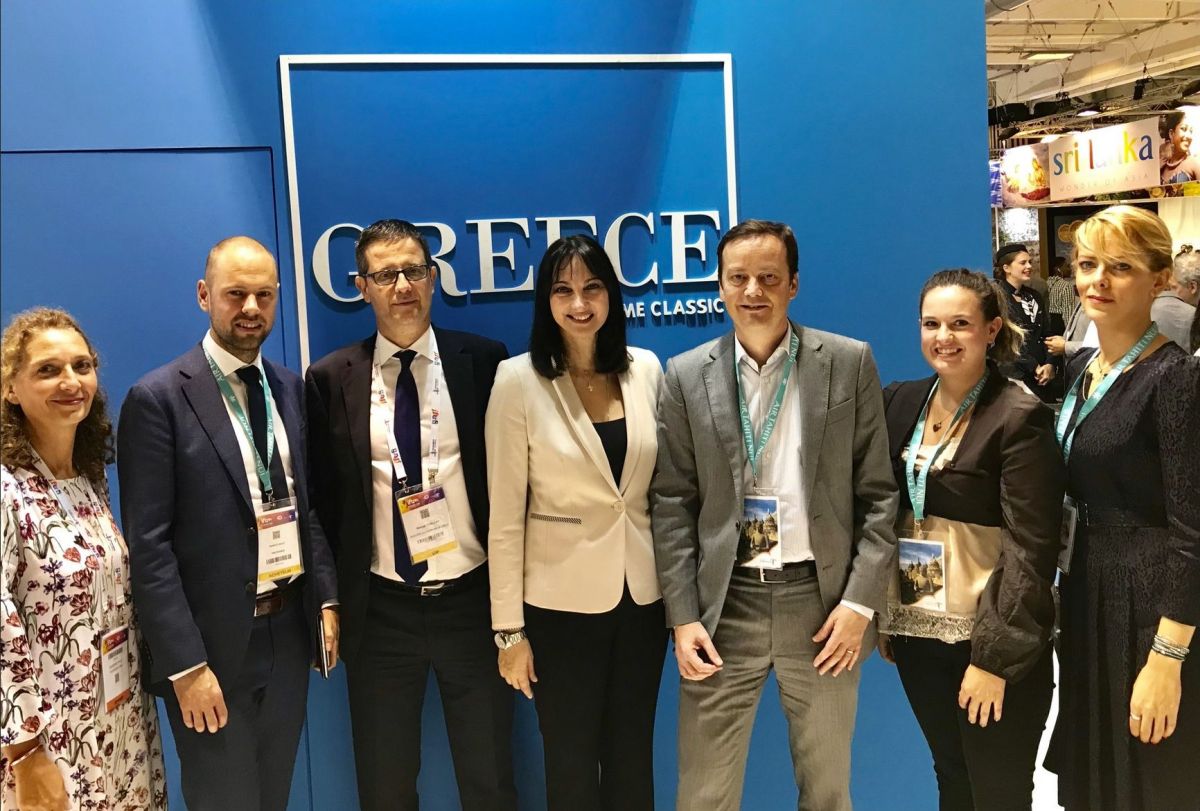 Welcoming more flights from France to Greece in 2019 was the main topic on the agenda of Tourism Minister Elena Kountoura during her recent meetings in Paris with leading representatives of the French travel market.

The minister’s meetings took place on the sidelines of the international tourism industry trade fair IFTM Top Resa 2018, where the Greek National Tourism Organization (GNTO) participated with a stand.

During discussions with representatives from French travel agency union Les Entreprises du Voyage and tour operator association SETO (Syndicat des Entreprises de Tour Operating), the minister was informed that Greece is the second most favorite destination in the world of French travelers for the second consecutive year.

According to recent data, during the January-July 2018 period, Greece saw a 12 percent increase in French arrivals and a 17 percent growth in their travel expenses. 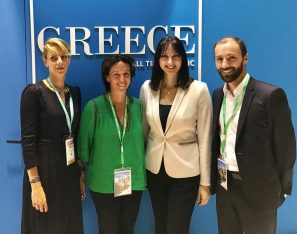 Tourism Minister Elena Kountoura with the head of Transavia France Nathalie Stubler and the GNTO Director for France Dimitra Voziki at the GNTO stand at the IFTM Top Resa 2018 in Paris.

The travel professionals confirmed the high demand for Greece this year, following the promotion of new Greek destinations and the increased air connectivity due to the launch of new direct flights from more French airports, as a result of last year’s negotiations and agreements with the tourism ministry and the GNTO.

The minister’s discussions focused on the possible launch of additional routes from regional airports in France to Athens as well as to more Greek destinations. The travel professionals also expressed interest in enriching their travel programs to Greece in 2019 with new thematic experiences that will center mainly on cultural and natural tourism.

Ryanair: Over 300 Weekly Flights in Greece in Summer 2019 – Interview with Nikolas Lardis