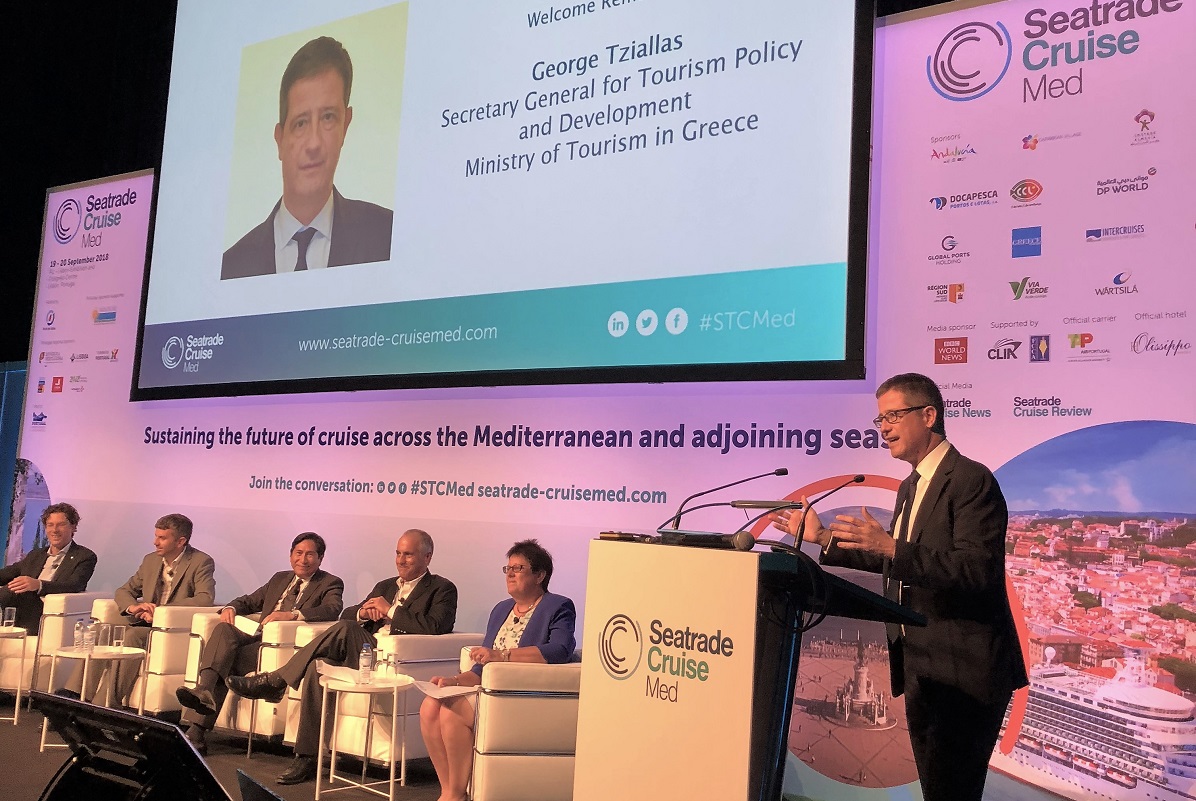 Tziallas, who was accompanied by Greek National Tourism Organization (GNTO) Vice President Aggeliki Chondromatidou, held talks with major cruise company representatives in order to include Greek destinations on their 2019-2021 itineraries.

Chondromatidou and Tziallas met with the managing director of MSC, Gianni Onorato; the CEO of Celestyal, Chris Theofilides; the vice presidents of Royal Carribean Cruises, Ukko Metsola and Christopher Allen, as well as executives from Disney, Virgin, Silversea, Costa, and other cruise companies.

Issues on the agenda included the inclusion of new destinations, boosting home porting and promoting new onboard thematic experiences which would be combined with location visits. In this direction, the GNTO held a special event during Seatrade Cruise Med titled “Hidden Gems Uncovered: Opportunities in New Destinations”.

During the event, Tziallas underlined the “importance of including new destinations on cruise itineraries as this contributes to balanced tourism development and to addressing the challenge of over-concentration at some popular destinations creating benefits that spread across more regions and local communities”.

Seatrade Cruise Med will take place in Málaga, Spain, in 2020.