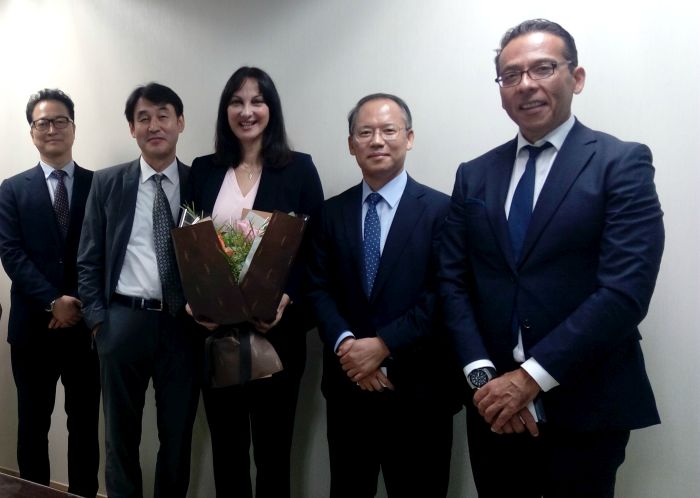 Establishing a direct air connection between Athens and Seoul is among the priorities of the Greek Tourism Ministry, an announcement on Friday said.

During her recent visit to South Korea, Greek Tourism Minister Elena Kountoura held a number of meetings with Korean government ministers, leading South Korean airlines and travel groups, aiming to strengthen the connectivity of the country with Greece. Among others, Minister Kountoura met with South Korean Minister of Culture and Tourism Do Jong-hwan, Patriots and Veterans Affairs Minister Pi Woo-jin and the floor leader of the ruling Democratic Party and head of the Greco-Korean Parliamentary Friendship Group, Hong Young-pyo.

According to the ministry’s announcement, all parties have pledged to support Minister Kountoura’s initiative for the launch of a direct Athens-Seoul route.

“All parties intend to work more closely with the Tourism Ministry and the Greek National Tourism Organization (GNTO) to speed up the procedures leading to the launch of a new air link for the next summer tourism season in 2019,” the ministry said.

According to reports, Korean Air is considering the launch of scheduled flights to Athens from Seoul in the summer of 2019 with the support of KAL and Hanjin travel groups. The Greek tourism minister visited South Korea to participate in the 7th UNWTO Global Summit on Urban Tourism that took place between September 16-19 in Seoul.

At the summit Minister Kountoura presented Greece’s practices for the sustainable development of its tourism destinations.