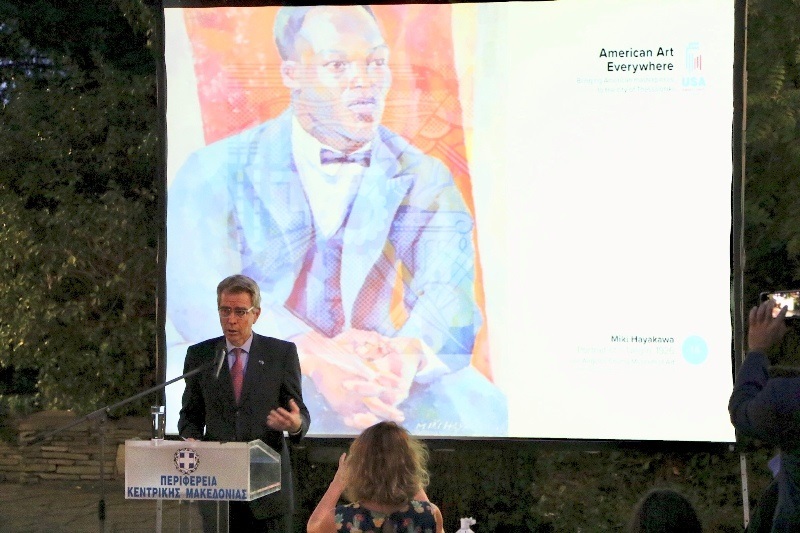 Whether it’s Roy Lichtenstein’s “I Love Liberty” or Mary Cassatt’s “The Child’s Bath”, American art is on show “everywhere” in Thessaloniki as part of the American Art Everywhere project launched this month within the framework of the 83rd Thessaloniki International Fair events. 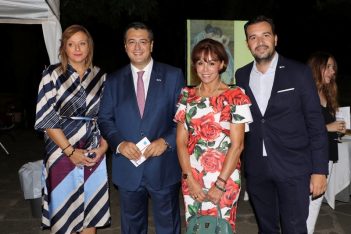 The public art program, which was presented by Central Macedonia Governor Apostolos Tzitzikostas and US Ambassador to Greece Geoffrey Pyatt at a special event, exhibits iconic works by prominent US artists in public spaces across Thessaloniki.

“I am especially proud of the fact that we are sharing America not just with the tens of thousands of visitors to the fair, but with all of the people of Thessaloniki,” said Pyatt.

“These American art works span time and artistic styles, and their exhibition here is an opportunity to celebrate the breadth and the depth of the US-Greece relationship, which includes importantly, the cultural ties between our two countries that this exhibition is meant to celebrate.” 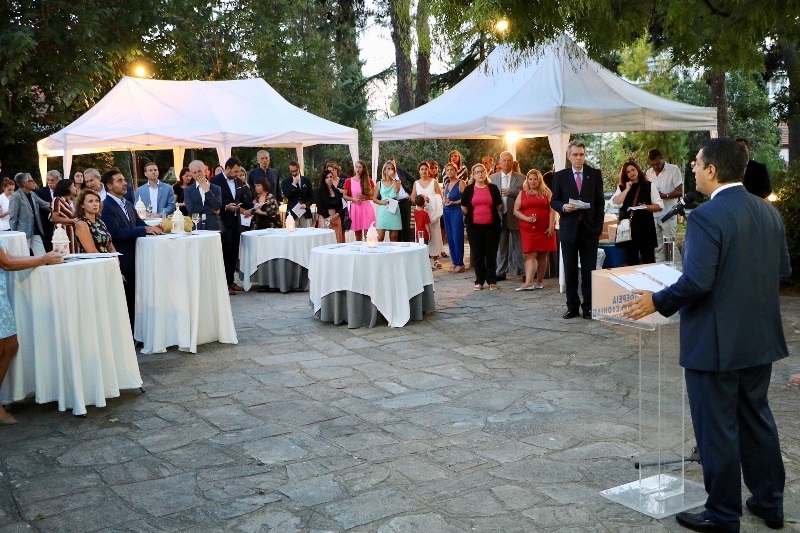 The event, organized by the Central Macedonia Region, the US Embassy in Greece, the Hellenic American Chamber of Commerce and the Thessaloniki municipality, comes within this year’s TIF, which featured the US as honored country. 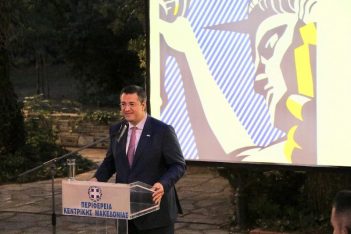 “It is very important to note that the presence of the US extends beyond the 83rd TIF to become part of everyday life in the city,” said Tzitzikostas, adding that the regional authority intended to from the start to organize a series of  parallel events with the US… “in a city like Thessaloniki, which has a strong cultural tradition and gave birth to great new ideas and new trends in the arts, American art comes to enrich and inspire.”

Concluding, Tzitzikostas underlined Greece’s role as a force of stability and security in the Balkans, the Mediterranean and Southeastern Europe, adding that thanks to this, the country, and Central Macedonia in particular, has strong comparative advantages and offers significant investment opportunities in the fields of energy, tourism, agriculture, education, research and innovation.