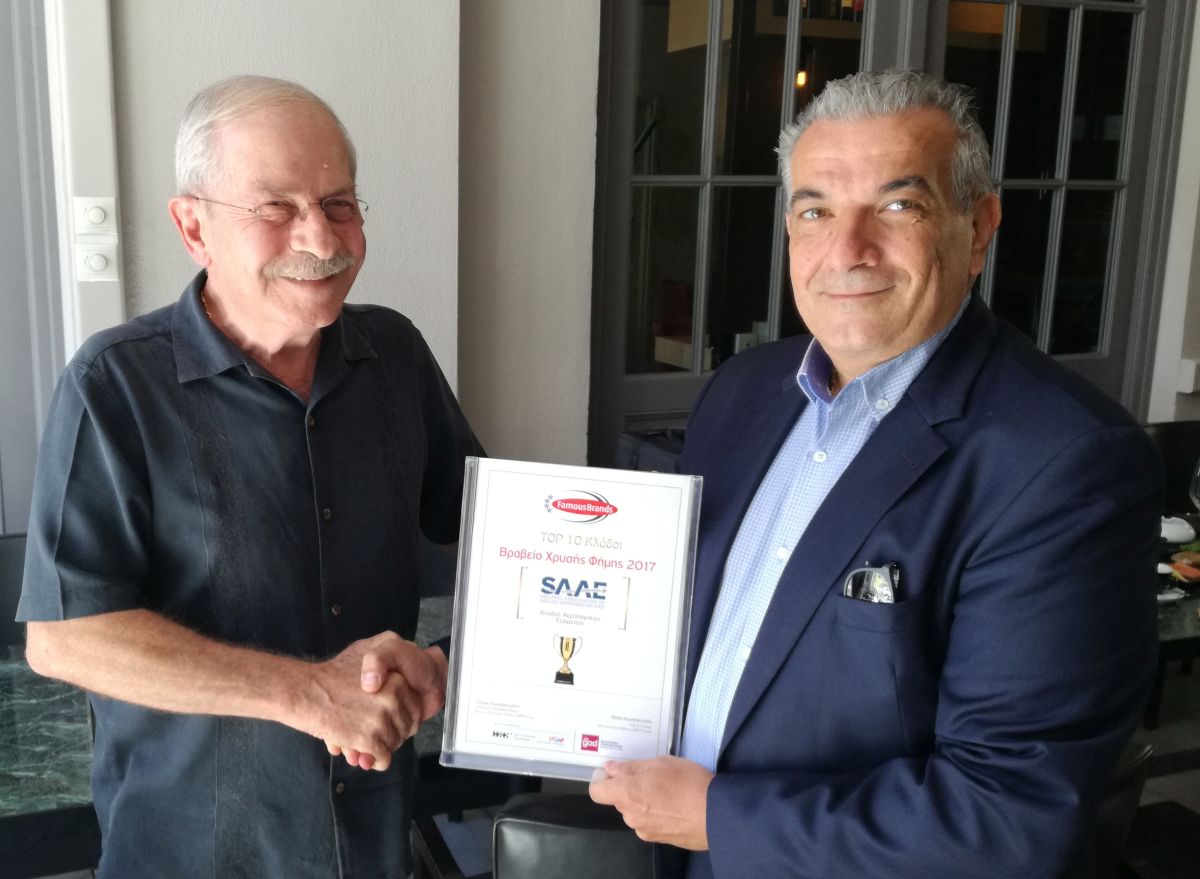 The Hellenic Association of Airline Representatives (SAAE) announced on Friday changes to its board of directors.

Dinos Frantzeskakis (Discover the World) has been appointed president, replacing Giorgos Antonaros who has changed his business activity.

“SAAE wishes to thank Giorgos Antonaros for his valuable contribution to the success of the association over the years. The Board and members of SAAE wish him good luck in his new duties,” an announcement by the association said.

SAAE’s new Board will be composed of the following members until elections are held:

SAAE’s outgoing president, George Antonaros, said:
“I am very proud to have contributed to the success of the association as president and member. We have been successfull in several important situations during a difficult period for the Greek economy and businesses. We avoided financial risks with the capital controls, we managed to keep our industry up and we must continue to further develop it. Ensuring foreign airlines that Greece is an important market paves the way for further investments in aviation.”

Upon his departure, Antonaros handed the Famous Brand 2018 award, recently won by SAAE, to Frantzeskakis. The association was honored with the award as a representative of the sector for its valuable contribution to the Greek economy. In its 10th year, the Famous Brands awards, organized by Hill + Knowlton Strategies and GOD Re-Inventing communications, measures the reputation of businesses and sectors in the Greek market.

SAAE was founded in 1989 and members consist of Greek companies that represent foreign airlines in Greece. Currently, there are 118 foreign airlines represented in Greece of which 75 operate under Greek general sales agents (GSAs).

Greece to Showcase Hotel Design at Hospitality Show in Dubai