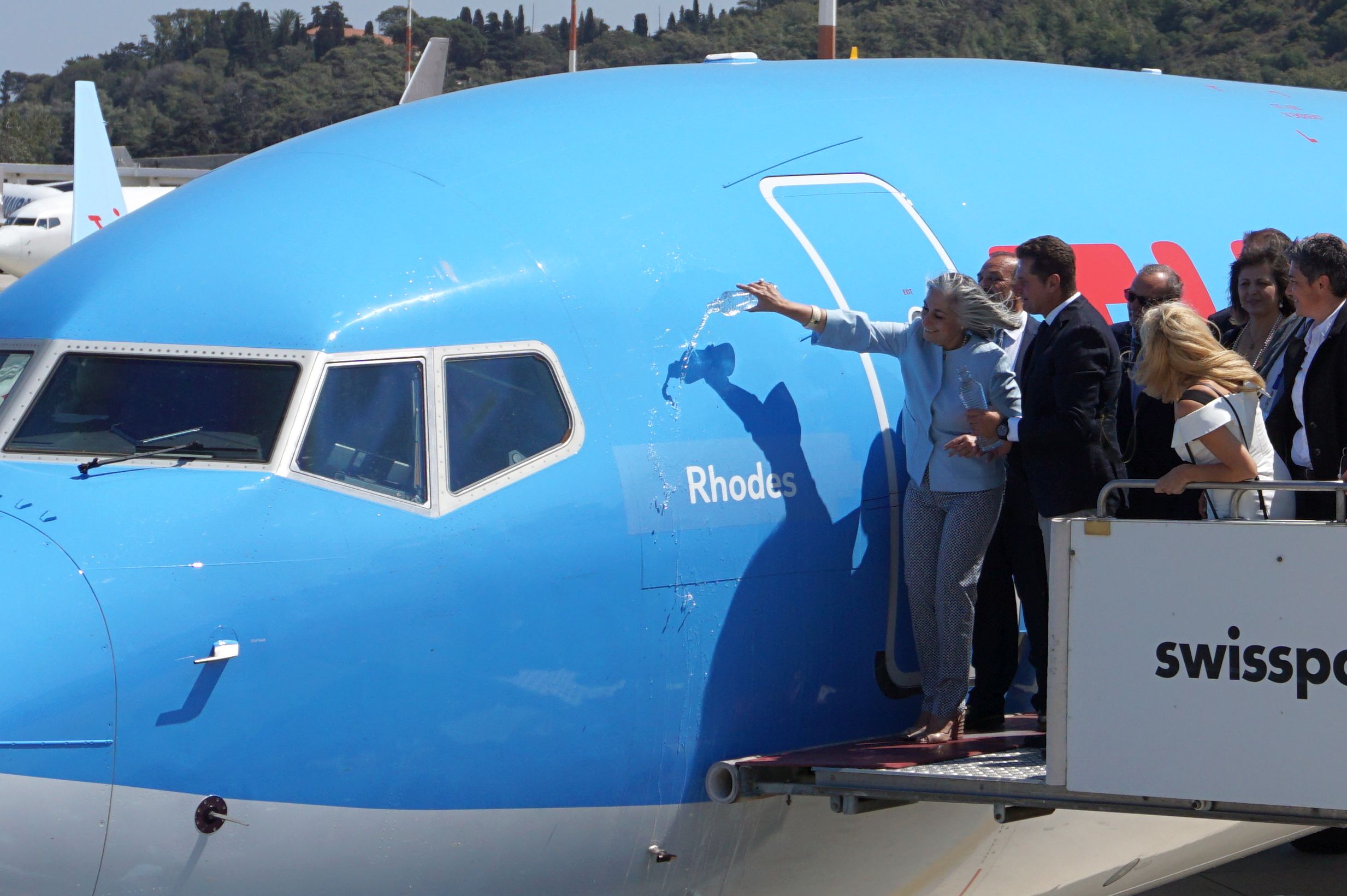 German travel giant TUI Group on Friday gave the name of “Rhodes” to the second new 737 MAX 8 aircraft it has ordered as part of a large fleet renewal at TUI Airlines, making it an ambassador for the Greek island. TUI Airlines will renew a total of 72 aircraft by 2023. 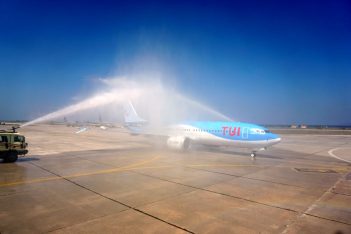 The naming of the TUI’s new aircraft is part of the group’s initiative in highlighting its partnership with the destinations it serves.

The event is the company’s first aircraft christening event held in Greece and the second in the world after Tenerife. As of next year and until 2023, TUI will name a number of its new aircraft after the Greek destinations it brings holidaymakers to, including Samos, Chania, Thessaloniki, Mykonos and Araxos. 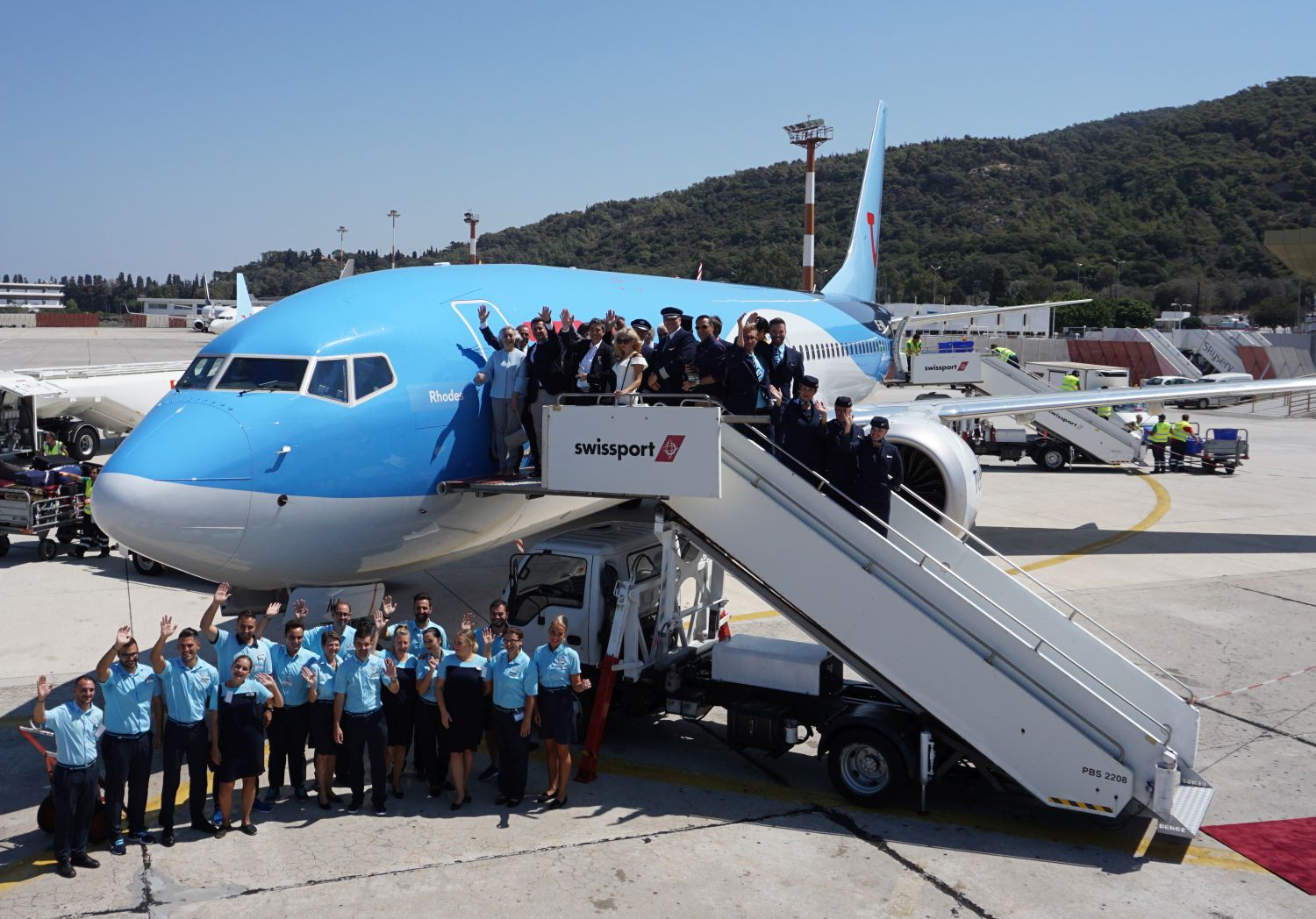 “We began the process of naming our new aircraft in Greece from Rhodes, as it is a destination we have been in for 40 years,” the regional director for the East Mediterranean of TUI Destination Services, Michalis Mavropoulos, said, adding that TUI has worked intensively to establish the island as one of the most popular destinations in the world. 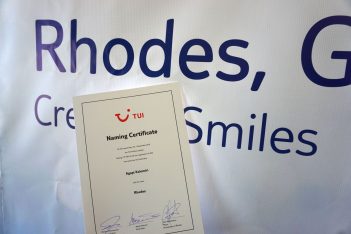 According to the recent TUI Holiday Atlas, Rhodes is the fourth most popular destination for the group’s customers.

“This is a high ranking considering that we offer more than 100 destinations,” Mavropoulos said.

“The island of Rhodes is not just a popular destination. It has tourism know-how, modern quality hotels, competent and trained human resources. On Rhodes we offer special, diversified experiences and recognized hotel brands such as as TUI Sensatori and TUI Family Life,” he said, adding that the naming of TUI’s airplane with the name of Rhodes, symbolizes the company’s cooperation with the Tourism Ministry, Region of South Aegean and the island’s municipality. 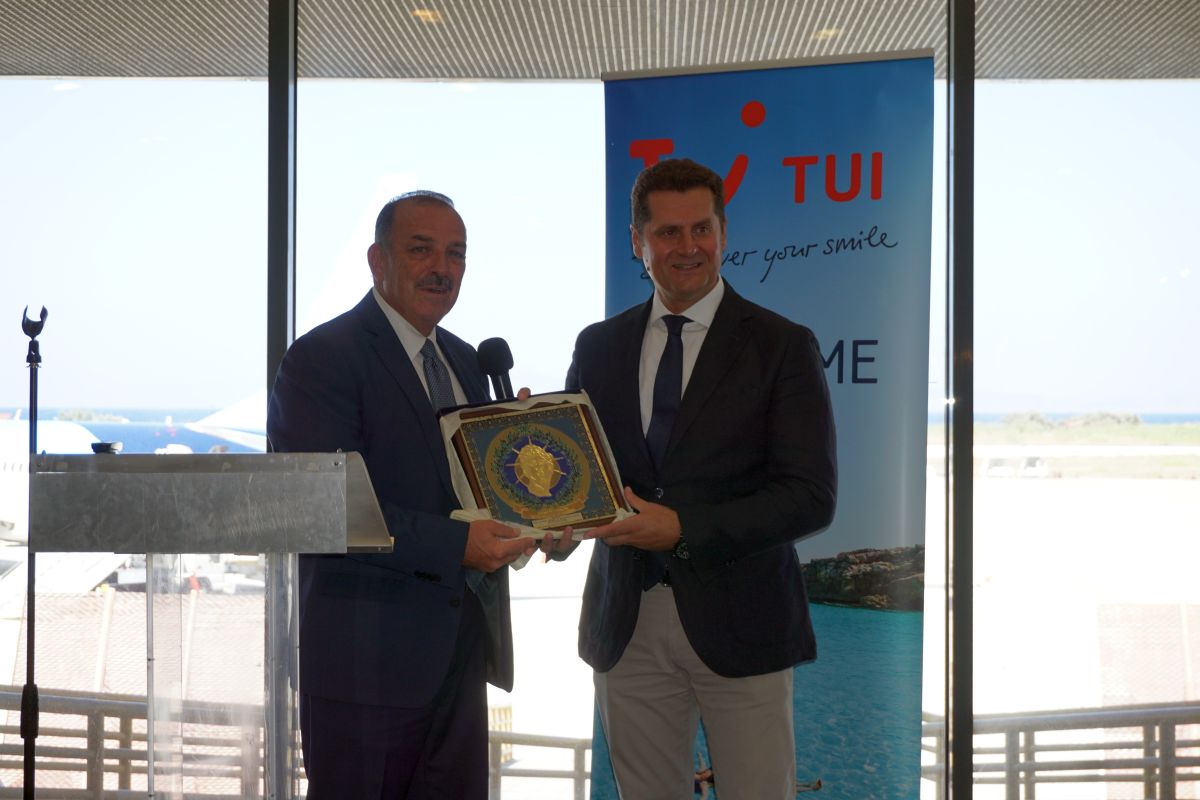 On his part, Rhodes Mayor Fotis Hatzidiakos thanked TUI for honoring Rhodes first out of all the Greek destinations it has in its destination network.

“TUI will transport the name of Rhodes all over the world,” the mayor said, adding that such partnerships help maintain the island’s competitiveness in international markets.

Mayor Hatzidiakos said he is optimistic that the “Rhodes” aircraft will help boost the tourist flow to Greece and enhance the effort to extend the tourism season.

“We are confident that with the TUI fleet we will finally have 12 months of tourism,” the mayor underlined. 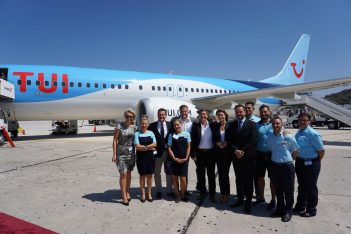 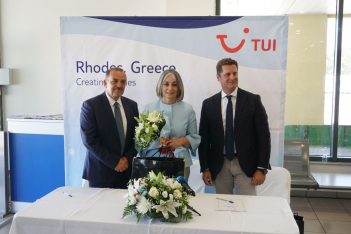 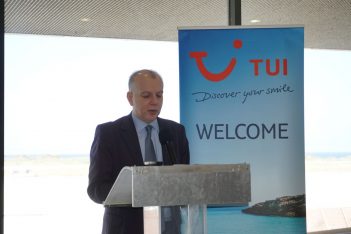 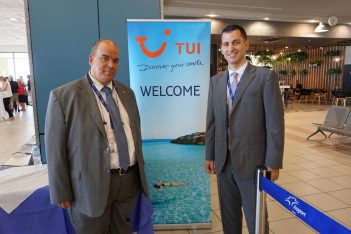 TUI is a strategic partner to Greek tourism

A long-term partner of Greece, TUI recently announced that it was extending its investment program to new Greek destinations, with a total of 10 major hotel investments already in progress. 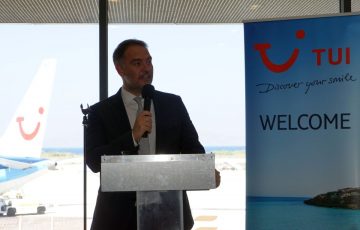 “There are obviously trade agreements between TUI and Greek hoteliers, but there is also a friendship and, above all, a long-term look at the development of tourism, which is the most important and what we need: long-term strategy and investment,” the president of the Hellenic Chamber of Hotels, Alexandros Vassilikos, said during the event.

Greece is TUI Group’s second holiday country of choice for Europeans, after Spain, according to the holiday bookings made through the travel giant this year.

Moreover, it was announced during the summer that the Greek Tourism Ministry’s strategic cooperation with the travel company is expected to result to over 2.8 million tourists visiting Greece in 2018, an increase of more than 10 percent for the second consecutive year. 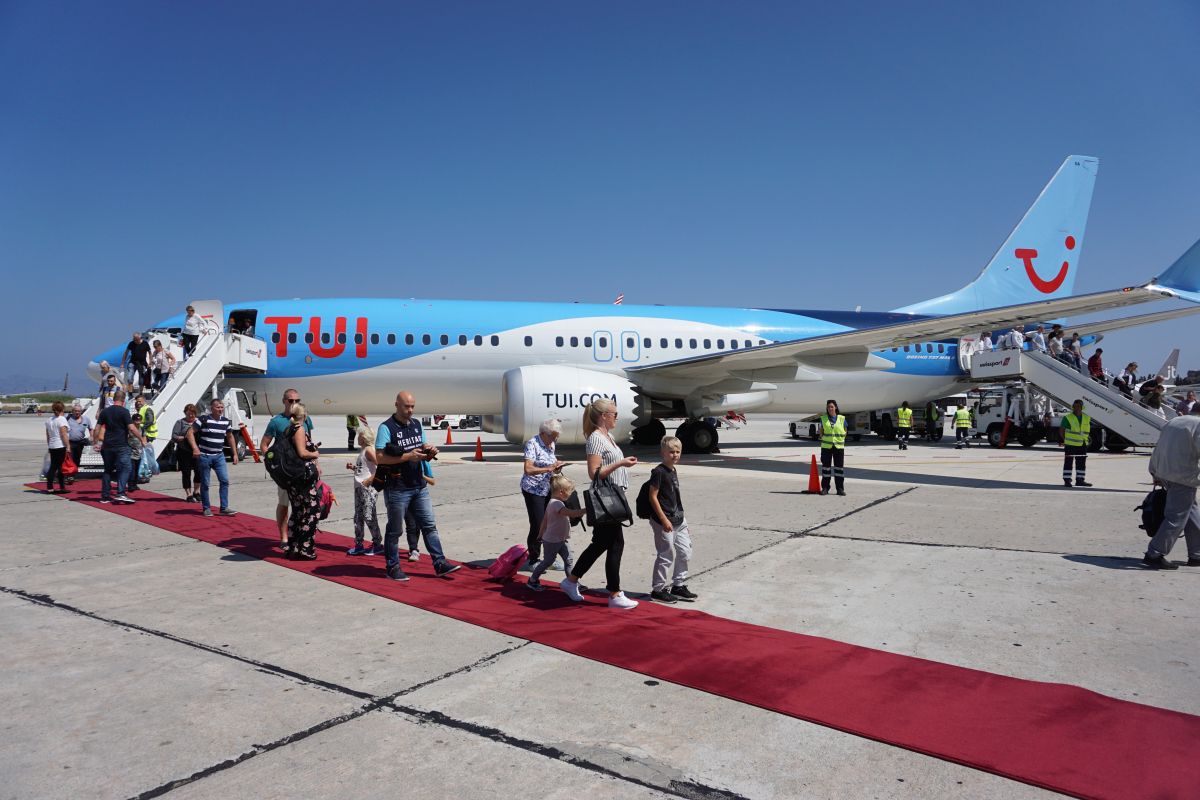 TUI’s new Boeing 737 MAX aircraft are distinguished by a 20 percent lower fuel consumption and thus 20 percent lower CO2 emissions. The TUI Group has set itself the goal of becoming Europe’s lowest-emission airline by 2020.